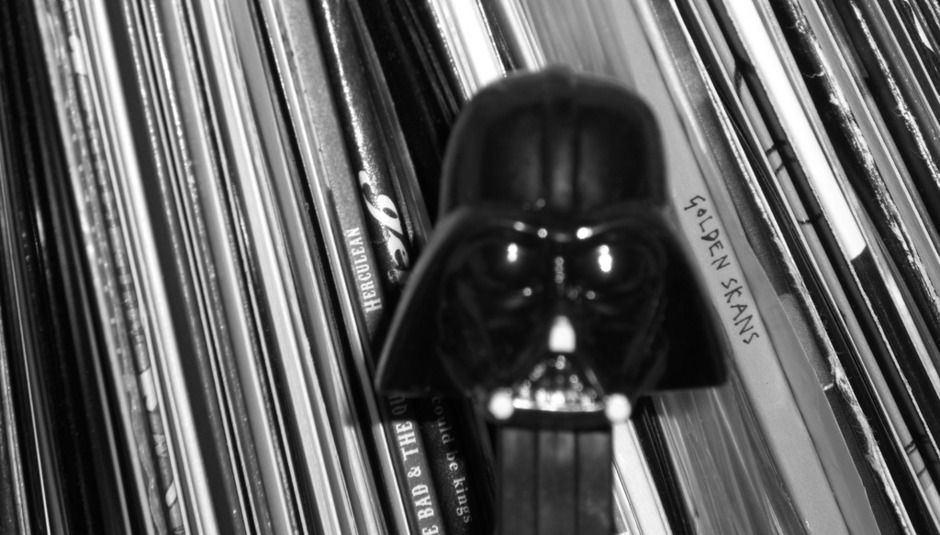 This week we cover music that sounds like the inside of a grandfather clock, more idiotic uses of the word 'retro' and music so excessive and enlivening it blocks out THE HWOLE OF TEH WRODL.

I wrote the rules for this column some time ago. Most of them plopped out fully formed, and some were inscribed on shouty post-it notes in the corner office of my woman-mind. One of them very definitely said I was not allowed to read other humans’ reviews of the bands I am tasked with assessing - to allow for a truthful response which could not be swayed by itchy doubts. And then today, I came across a review for Timber Timbre’s album I was so delighted by I feel sure it behooves me to reproduce it here; lest you miss out on its sureness, its core-shaking wisdom. I mean, had you not heard Taylor Kirk’s voice, had you missed out on his wonderfully creepy blues, filled as it is with hoards of bad Adams and damned Eves (and all of them deliciously godless), you would definitely need to know that they ‘permeate listeners with an appreciation for a retro-feel aesthetic’. I love ‘permeate listeners with an appreciation for a retro-feel aesthetic’ because it is basically saying ‘this shit sounds old’. And I love old shit.

R&S have a logo that looks like the badge for a particularly vulgar 1980s sportcar, and it is where James Blake started, so we should probably pay attention in case anything glassy and sparse happens; quite apart from anything I am quite desperately in need of a new crush. Maybe The Chain will be it, he is starting his EP with a grandfather clock chime and then wanging off to a place where actually the insides of clocks are not a bad comparison point; here is one bass cog turning; here a processed vocal swinging on the brass pendulum; there is a burst of synthetic pan-pipe about to be crushed by some interlocking spokes. I can see all the pulleys, I can even see the little woman behind the wooden door waiting for her hourly catwalk. And she is dancing, and it is good.

Yes it is marvellous, and yes it is a re-release. If it takes your fancy you can read what I wrote about it last year here, because none of its woozy fuzz has worn off.

You must be always be very careful you do not impose your idea of What Music Should Be upon other people, it is half the reason we record-buying fools are never agreeing on anything. Take Skrillex, who makes music defined by its own excesses, brash and uncommonly flagrant, hitting all the buttons with both fists - I mean, were you to ask ‘More Monsters & Sprites’ if it wanted anything from the shop, it would never, ever, say no. Judicious minimalism is not for him; so if you told him that trick about pirouetting in front of a full-length mirror and removing the first thing that catches your eye as you complete the turn; and if you tried to explain that this theory is a solid one that can be applied to all art, essentially being the Kill Your Darlings of getting dressed, he would laugh in your boring, steady, boundaried and carefully modest face. So, on the basis that not all music has to be chic; that not all music is looking to become a heritage brand 50 years hence; and that not all music should be assessed by dry criteria because sometimes it is just about being so excessive it blocks out all the world's noise, do listen to ‘More Monsters and Sprites’ because it has absolutely all the noises on it, all of them. And then look at Girls Who Look Like Skrillex, because it is more proof that every notion - however bespoke or niche - is deserving of its own tumblr. Well done everybody.

The Good Natured’s gothy pop music has been sitting on my stereo for a while now, quietly furrowing its brow at all the tarty music and pointedly glaring at the razor blades as if to try to persuade me to write fanzine poetry for it. Being well past the age where such pursuits are deemed acceptable, I shall instead infuriate it by letting you know how ‘Skeleton’ shares its ideas with the Robbie Williams video for ‘Rock DJ’, in that it is about how sometimes things, (like say, The Sex) are more than a simple unveiling of your own sweet flesh. And how sometimes it is more than that, because Doing It is when you like, totally bare the secret insides of yourself, down to your actual bones. The least appropriate word for the kind of sex it is describing is ‘bonking’ and it also sounds a bit like Adam Ant.

The natural order of things dictates that most bands who make a lasting impact must have a watered down, stadium-issue version of themselves who can then go on to make a lot more money. Grouplove whiff like one of those bands, and they are as desperate-sounding as Arcade Fire with the same urgent, the-world-will-end-if-I-don’t-play-this-chord aura that sometimes it is fun to indulge one ears in. Most of the time I wonder if all musicians live in a permanent state of near-distress, every second of their lives in which they are not expressing themselves musically allows another red bar in the corner of the screen to disappear, weak with all the feelings they have been feeling, oh the weight of it. Grouplove are essentially the Arcade Fire if the Arcade Fire was peopled by five Tom Pettys. But less good than that makes it sound. And as bad as I am for writing such a comparsison. We’re all awful. And there’s something vaguely comforting in that. Until you listen to their record. And then you pretty much want to turn it off.

I once met Kitty out of Kitty, Daisy & Lewis and she was something to behold, a teenager in full possession of herself, an hour late, a bit pissed. She was serious about what she was doing but sweary and truculent as all teenagers should be. Then they put kittens on the table we were talking across so that she might be photographed and in many ways it was all my Christmasses; kittens, amusing teenagers wearing hoop earrings - only the presence of Fashion People spoiled it. ‘Messing With My Life’ is a sidestep from their usual rockabilly pop, it makes you wonder if they have quietly performed a stealth takeover of their own direction and made a more traditional pop song that is so naïve you want to put a bell jar over it and never allow it to look at the internet, you want to save it from the world and stop it from getting ideas. It’s absolutely charming and I am not above being obvious or informing you it is a song about telling other people to rack off and leave you alone.

I wish the world would stop feeling so small, and it would not be possible to sit down to a delicious wedding dinner and have the stranger next to you say ‘Oh yes, one of my mates is in Mazes, you must be nice to them’ because I DO NOT WANT TO KNOW. I run from you, scenes - especially the spurious ones based entirely on geographical location, and I will marathon away before it must be admitted that musicians are humans too. In any event I had already made up my mind about Mazes and I am not for turning; they are good. They sound raggedy like Pavement and tinny and lazy and have exactly the kind of rubbish guitar solos the whole of 1992 revolved around. ‘Summer Hits’ is throwaway in the best sense; a cheap dress you eschew all other outfits to wear all holiday and then throw in the bin at the end of it because you want to fit more fags in. Exactly like that.

‘All Greatness Stands Firm’ sounds very like Christian rock, it has all the widescreen hallmarks of said, dread genre and I could not stop thinking about t-shirts like these when I heard it. And the trouble is, once you have thought about the sort of t-shirts that say ‘I Killed Jesus’ or ‘King Kong Is Not My Grandpa’ on them, it is almost impossible to ignore said thoughts, or to stop yourself feeling the slow creep of your own cleverness; I nearly drowned in mine. Perhaps Midnight Lion could just do with sounding a little less pained, because once you have seen an earnest Christian rock band, or heard someone speak in a quasi-sexual way about the touch of the Lord (like what I have), you cannot unsee or unhear same. If I did have a mind eraser I would get rid of my those bits, and also the time I saw some poo in the soap dish, after a man had used my bathroom. Is that. No. It cannot be. It can’t. It can’t be. Is that POO? Oh my sweet lord THERE IS POO IN MY SINK.


Wendy is on Twitter here. You know, sometimes she feels a bit like Harold Skimpole, lurking in the world and saying ‘I am but a child’ at intervals, shocked by absolutely everything. The only thing for it is to read a bit of E.M. Delafield in a quiet room until it all goes away.