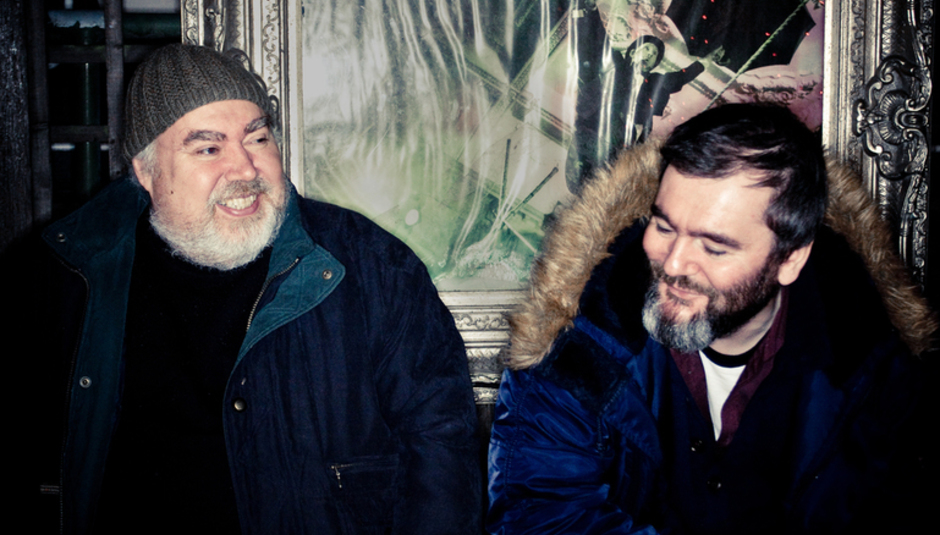 Being our first record together, I’m inevitably asked by interviewers why I wanted to work with Bill Wells. I first heard his music at the very end of the last century when Domino released his album with Future Pilot AKA, a fantastic mash-up of sampled beats and jazz that sounded not that far from David Axelrod’s best moments. But it was his 2002 LP, Also In White, that really struck me. I can’t quite explain why, but it sounds like a perfect city soundscape; when it’s not forming a crack in your heart, it makes you think of rooftops and neon and busy streets. And, for a record with its musical roots in black America, it sounds oddly Scottish, or perhaps even Glaswegian. Obviously subjectivity plays an important role in this and any record, but it’s the same with Mogwai. I don’t know why, but they sound like Lanarkshire at night, and Also In White sounds like a darkened Glasgow even though, like me, he’s from twenty-five miles up the road in Falkirk. Although I didn’t know this at the time – our paths never crossed until I got in touch to ask him to add some piano to an Arab Strap song in 2003.

So anyway, I’ve put together a mix of Bill’s music for you. There are various cuts from the many albums and collaborations he’s been involved in for more than a decade now, plus a couple from a forthcoming album due sometime this year. You may know some of it, you may know none of it – I hope you love all of it.