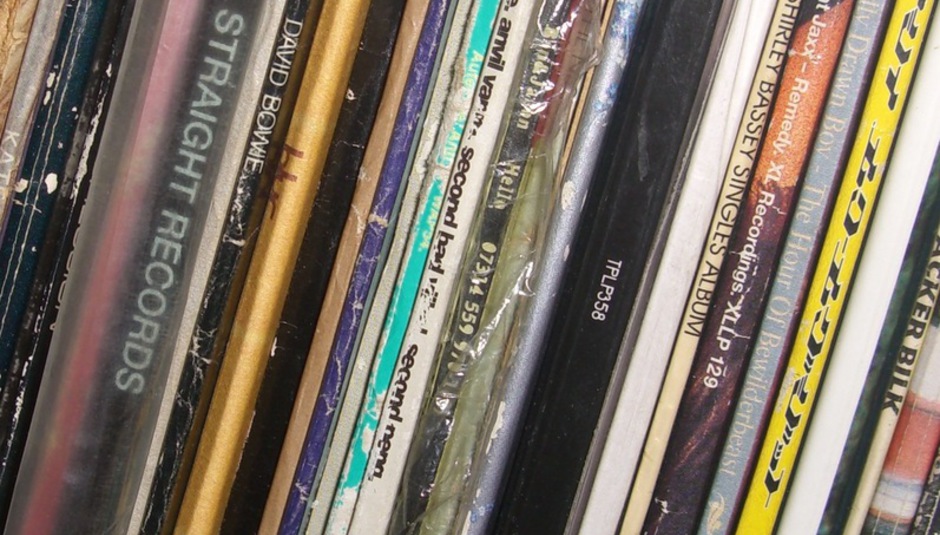 "Hello Wendy, will you help me with my dissertation about The State Of Music Jurnlizm Today?"

"Of course I shall, keen youngling, I will chew your ear off if you will only let me."

"Okay, can I arx you then, what IS The State Of Music Jurnlizm Today?"

"Well, Mr. Student, Sir, I think you will find that the brilliant thing about Music Jurnlizm is that you don't even haveta describe the sounds anymore."

Come on, let's have a pointless debate about it.

Marry Waterson is the best triple I have heard in a while; her voice being the happy, long, definitely-still-having-sex-even-after-three-kids marriage of Kirsty MacColl, Paul Heaton and Alison Moyet. By all of which I mean, she is definitely quite Christmas and Birthday allatonce, but emphatically NOT with presents to cover both occasions because I ruddy hate that; buy me two, you massive awful. Anyway, while I suspect ‘Windy Day’ is not exactly the standard go-to noise of this column’s delightfully bespoke musical audience, it is the nicest thing I heard, it is classy like a PJ, has more pedigree than a Crufts and though deceptively straight-forward, warms one’s winkles in a way that fly-by-night strummers have been unable to this week. Sometimes – though hardly ever - when I write this column I have a sudden panic that what I like most is ‘wrong’ and that no one else will hear what I am hearing. And then I remember that any art that brings you joy is automatically valid, and that songs like ‘Windy Day’ are pushing buttons for the very reason that they are wonderful.

Ladytron are one of those bands I could never really imagine doing super business here, it always seemed as if soundtracking montages in Charmed and being purchased by the sorts of people with Bizarre subscriptions would be their ultimate lot. There’s nothing inherently wrong with this of course, there’s a nice pot of money in Sync Rights as several interminable music conferences have informed me. Anyway, I’m not going to lie and tell you I didn’t try singing ‘Destroy Everything You Touch’ along to ‘Age of Hz’ to see if if fitted; I did and it does, but I didn’t do it too loud in case the denizens of the local Co-op (scrawny Mum trying to buy booze with milk vouchers / seasoned, career alcoholics) thought I was wholly mad. 'Age of Hz' sees Ladytron sounding just as good as they ever did, though it does make you wonder if there is an optimum time for bands to go away before they can come back again, sounding exactly the same but because they have been away long enough it's alright, everybody be cool. And in the videothing there are mushrooms growing out of the keyboards and fungi on the mixing desk. They’ll want to get that looked at.

‘Up So Fast’ is darling, a clear broth of a song you want to slurp down and feel healthy and modern for listening to. It’s slight, careful not to over-egg itself or make anything too wheedling and moany, even if it is a song about leaving your youth behind (spare me, etc) and finding the world a tayble place. The thing is, it is a terrible place, and no amount of whiny indie songs will make a blind bit of difference; but if you can find one like this that picks you up for long enough so you nearly forget, I think that’s enough, as much as you can legitimately expect. Who has egg in a soup, anyway?

The above (dreadful) live videothing may hactually put you off Panda Bear which I thought impossible; a smile from a shopgirl. I mean, I am very partisan about this man, but even I was a bit what-is-this-modern-parpery; what-is-this-man-wail - mostly because I have spent the last week listening to Connan Mockasin, being – as we have discussed above - in need of music so other, that one is transported away from The News and - let’s be honest here - some absolutely ackfing mindless commentary from idiotholes on Facebook. I actually read a comment thread this week that seemed to be about How weird? It was? That people? Can’t tear themselves? Away? From the telly? When stuff like this is happening? Oh yeah!! Me too? Unfortunately as with Young Man, Panda isn’t quite doing quite enough to distract me from this sort of dickishness. OMG!?? Weeeird?!!!?????!!!!???

I can’t resist a song called ‘Oi Wot U Lookin At’, not least after having recently enjoyed a few lively bus journeys with younglings who said exactly this sort of thing, mashed as they brains were on liveners and downerers. And Durrty Goodz is serious, he really does want to know what you are looking at because he keeps saying it again and again and again. I will tell him that I am looking at an Argos catalogue (or, as the marvellous illustrator and NME cartoonist Jonathan Edwards has it; ‘The Book of Dreams’) and an empty mug that I meant to fill with hot tea not three hours ago. What you are meant to take from this is that it really does take heaps and ars to find all the html snippets and YouTube codings one needs for a column such as this one - also that I am dedicated to this cause, these haWt nU sOuNdz. ‘Oi Wot U Lookin At’ is the sort of song I am nearly always heartily amused by, he sounds so angry - and, as with loudness on buses, my usual and immediate response is to smile very hard like a mental in the direction of the noise, it gets their gauge up something awful when they realise that all their angry hasn't actually managed to offend or frighten you. I also find that if you stand very close to raucous teenagers – as in, Too Close – all their sass falls away like so much tissue. MESS WITH THEY HEADS, is my advice to you.

Having listened to Mr. Terry Riley’s original version this week - and after getting myself thoroughly kerfuffled because he is a different man to Teddy Riley (which makes me think about the cassingle for ‘No Diggity’ I bought and played still it stretched and went wrong), I am quite clear in my head that ‘About Group’s – albeit pleasant – excursion around his top tune ‘You’re No Good’ rather bellows Vanity Project, it is about them having fun in the studio. This is a tricky one to play; a left-hand back-hand of a release, because however much fun they had making it, the only thing that matters is whether we – THE PEOPLE OF BRITAYNE – get anything out of it. I am happy to say I do, although if you think I have time to listen to a 13 minute single seven times over (which is the usual number of times I set myself), you are, if you will forgive my saying so, a bit of a rem. All in all, ‘You’re No Good’ is by no means average. But it’s no perfect ten either. Doyousee etc.

Maybe the best thing you can say about ‘The Day I Die’ is that it is diverting. I tell you what, it was flipping useful when Sainsers was shut and I had to walk an extra mile to Bootses because I had run out of Thinky Stick Replacement Gum and everything was looking a bit AIIIEEEE; this abstinence wagon is boring, let's get off. My hardship was going out of the house in new brogues and no socks, which is where South Central’s abominational abrasiveness came in really handy, it’s clean rank modernity took my mind clean off the skin that was coming off my ankles. In case you were wondering and even if you were not, this essentially boils down to:

“South Central’s The Day I Die: Stops you thinking about how much your shoes hurt until you get to Bootses.” Stick that in your spreadsheet, PR MACHINE.

Wendy is on Twitter, here. Don’t tell anyone, right, but this week because she had lots of housework to do and no pockets, she walked round her house with her ipod tucked in her pants. Sfree country.

"We don't want people at our shows wh...