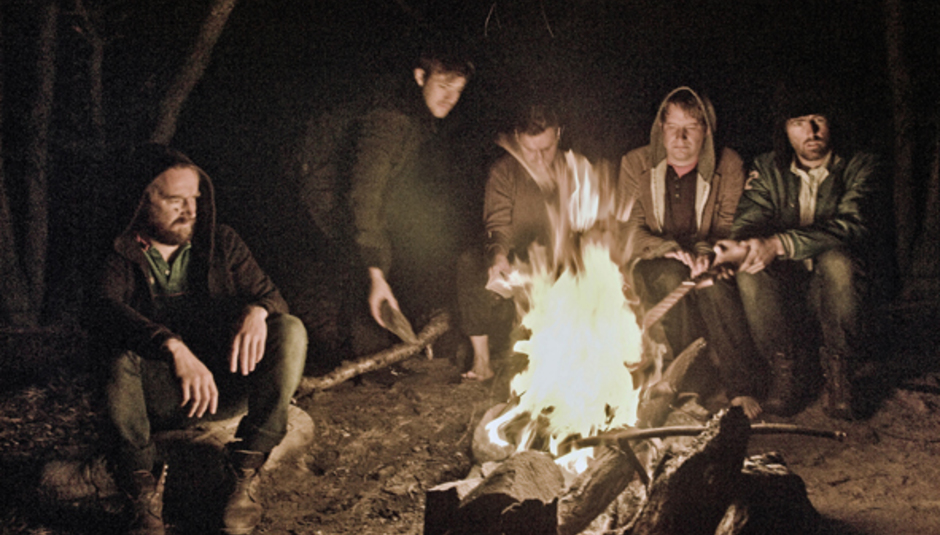 Andy Wake from The Phantom Band tells us about his Real Life Phantom Experience.

As kids Dave Maclean (of Django Django) and I would set up ghost watches in his parents rather spooky old house in Tayport, Fife. It was the school holidays and we'd take turns staying over at each other's houses.

On this occasion we scared ourselves shiteless with a particularly gruesome tale one of us had heard, involving a local Ouija Board which spelled the words 'Jessie Philips Your Mine To Kill' (years later became the title of a group exhibition in Edinburgh). That night I had a horrific dream of a figure clinging in fear to the side of a large grey and barren building. Although nothing in particular was visible in the dream, and the figure was darkened and obscured in a dim half-light, the sound of a child's wimpers, a slow filmic zoom across a lawn towards the grey wall with a narrow window, and an overwhelming sense of dread made it an image that has stuck in my mind to this day as one of the most fearful dreams I've ever had. In the morning, Dave and I both complained about having really freaky dreams but nothing more was spoken of it.

A week or so later, my Mum invited Dave and I to join her and some oversees guests on an unplanned sightseeing trip to a castle in North East Scotland - I think it was Crathes Castle. On arriving at the castle, the two boys in the back of the car screamed out. It was then that Dave and I discovered that, not only was this the very building from the dream, but we had exactly the same dream. The building, from the same angle as we were now viewing it, the wimpers of the child, the figure... all exactly the same.

Although the tour of the castle saw no mention of ghosts or spectres, we spent the rest of the day completely silent with fear, unable to venture into any of the rooms at the side of the building where we'd both seen the figure. Very recently, with The Phantom Band having been together for several years, we each began to regale spooky stories in the van on the way back from a gig. Before I'd told mine, ZigZag spoke of something that happened to his Mum many years earlier. She had attended some National Trust buildings with his sister Jo who was small at the time. At one in particular, Jo ran into an old bedroom on one of the upper floors and began running around, trying to play on the bed etc.

At this moment, Rick's Mother had an overwhelming sense of dread and, trembling with fear tried to gather up Jo to get her out of the room. As she did so, her eyes turned to the fireplace and, again, was struck frozen with fear despite nothing being there. She left the room and, on her way back down the stairs, mentioned to one of the officials about the feeling that overcame her when glancing towards the fireplace. One of the officials replied 'oh, how did you know about the fireplace thing?'. It transpired that, not long before that, refurbishment had been going on and, upon ripping out the fireplace, the bones of a child were found within the wall; a boy around the ages of Dave and I at the time.

The building was Crathes Castle. I shit you not.