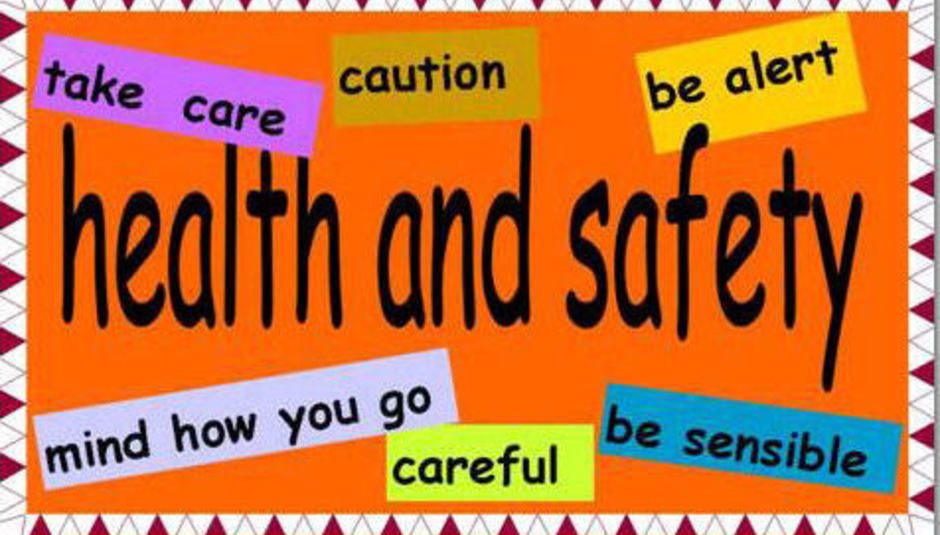 This week I am going to be a flimsy nitwit. Because though there is much to love here, I found I simply could not pick a winner, however hard I tried. You pick one, and we'll all pretend to agree. And then whisper about you in the toilets.

As you can imagine, at the Cash Money School of Martial Arts they do not worry about unsexy things like safety tabards. Concrete cinder blocks will get smashed by hands displaying air-brushed manicures and you will get brick dust in your cleavage but that’s alright by them, get some Wet Wipes from Superdrug. And so, while I find myself shouting ‘Risk Assessment!’ at my computer screen, and while I find myself rather un-impressed by ‘Your Love’ (I mean, once you’ve heard Ms. Minaj out-mental everyone else on 'Monster', you know she’s capable of better than this), it’s a very different story when you watch the video. Where there is some very unconvincing but quite amusing sword-play as All The Best Looking Women In The World vie for the affections of SPAWN and then - WHAT? - Nicki doesn’t even WIN. For this reason, and the fact that they have been very creative with some coloured bedsheets on what looks like a budget of seventy five pence, it is one of the greatest pop videos of all time. Do have a watch, everyone.

You should now be in a position to be mildly diverted by this comment, made by one of the internet's many nutters. There are LOADS. That is a 'statistic'.

If dischordancy had any sort of proper fan club, I am fairly sure Les Savy Fav would be sending out the badges and signing the pretend signatures on the photographs. ‘Let’s Get Out Of Here’ is barreling, and is presumably about wanting to leave a hostelry because you are far too polite to expect everyone else to put up with your snogging. Although I cannot imagine this sort of etiquette would bother a band like Les Savy Fav, if they are not proper rebels I will be very disappointed. Now, normally something this noisy would be far too grubby to be called pop. But 'Let's Get Out Of Here' is very much a pop song, and a wicked one at that.

I know Cherry Ghost are a bit bloody trad - but of all the sevens this week, it was the one I liked first, and the one I wanted to get to know properly, in a where-did-you-go-to-school, what-was-the-first-record-you-bought and are-you-butter-or-spread sort of way. The trouble is, warm and uplifting and grown-up and harmonious though 'Black Fang' certainly is, the word that stuck for it was 'proficient'. And I cannot help feeling that the only time one should use this word is when you are talking about bicycling. And bikes are not sexy. What I am saying here, is that I don't fancy this single. I just want to be friends with it.

If you heard any of Edwyn Collins and Grace Maxwell’s radio interviews when their book came out; or heard how Grace would do the strumming on his guitar while Edwyn did the fingering (because he was not well enough to do both), you will find it difficult to separate what you know from what you hear. Their story, of course, is one of strength, loyalty and love in the very best sense. But it also means that when Edwyn sings ‘I think about all the things I miss about my life’ - even if he is accompanied by some very brilliant, stompy Northern Soul that bashes along as if it was late home for its dinner - it is hard not to feel a bit prickly. By which I mean, I rather felt like I was being pulled in two directions; one larks, and the other too painful to think about. Don't get me wrong, this is very much my problem.

I am not mean enough to damn Musée Méchanique with any or all of the words 'nice' or 'pretty' or 'lovely', it would do them a grand disservice. But I cannot lie, their songs are all these things with an egg on top. Luckily, what we have here is a tremendous lightness of touch, a delicate plaintive quality that is more charming shy boy than weedy wet irritant. They have mastered what could in other hands have been wafty atmospherics, as if they lived in the clouds. So ‘Fits and Starts’ has charm, yes. But it is unlikely to jump-start your vitals, that's not what it's for.

I don’t know how I feel about 'Follow Swallow'. It is not that it is not enlivening, and it is not as if I was not enlivened by ‘In The Summer’. But I am sorry to report that the listening experience is curiously barren of feeling. By which I mean, I can hear you Crystal Fighters, but I can’t feel you, man.

Ick, Crystal Fighters, get off me, I didn’t mean like that.

‘Aware’ is one of my favourite unfavourite words to find in a personal advertisement, along with ‘spiritual’, ‘political’ and ‘conscious’. Especially ‘conscious’, as one would like to think that this were a given. On jackpot days - and if I am really lucky - I will come across someone who has combined all of these wanted (UNWANTED) attributes. And why not, because who - WHO INDEED - would not want to bonk someone who considered themselves ‘spiritually aware’ or ‘politically conscious’ or even ‘consciously spiritual’. Not I, everyone. Anyhonks, all this means I am automatically inclined to favour Clinic’s latest, which is slug slow and really rather bon. It also has an absolutely darling videothing that happens to contain a spiritual cult I would join in a heartbeat. And it is made of felt, it is all the colours of its rainbow-made-of-ribbons, and it has puppets in it made by this wonderful woman, right here. Do you know, I would not even mind if that top cult guy took me to one side after the cheese course and - with a wave of his neatly-stitched hand - introduced me to Mrs. Two. Yeah, whatever, cult dudes, I'm all for it.

When everyone on the bloody planet was busy assuming they were the first to draw a parallel between Graceland and Vampire Weekend, I found myself rather irked. There was a curious glee to all the back-lashing that felt rather like people repeating overheard nasties about a smelly guy at a party; I could hear jocky high-fives accompanying every snark. So in an admittedly contrary fashion, I directed my sympathies towards anyone who still liked Vampire Weekend, and even felt a bit sad for the band themselves. Now, I know should I have better things to do, but this week it occurred to me that if we had not played their debut quite so hard and so much, we would not have tired of 'the whole thing' so quickly. But we didn't, and this is why 'Young' cannot be stomached, because it is about as close to VW as it is possible to get, without shiny-suited lawyers congratulating themselves for being billed by the hour. You see, it's really actually good, but to listen to it is rather like living on only baked beans for a month. And then winning a year's supply. BEANS.

I shan’t lie, when I sit down and work out which singles I want to write about, sometimes they are chosen for the flimsiest of reasons. This is certainly true of Howls, who have seen fit to include the phrase ‘Larry Hagman Blues’ in their offering. This is a red rag to one like me, for there was nothing finer to dance about to than the Dallas theme; me and my sister had almost certainly never heard the like. In fact, we may have enjoyed its excitable, e-numbered brass even more than all the men necking whisky from cut-glass tumblers and diaphanous Texas women fannying about in négligées. Although it is worth pointing out, it was emphatically not more exciting than sorry old man-mistake Cliff Barnes, because he was AMAZING. Anyway, Howls also come armed with a really rather irresistible bassline that bounces like a beachball. And they definitely, DEFINITELY sing the word ‘Cadbury’ at one point. Or perhaps I just thought that because I was choosing what flavour treat I wanted when I heard it. I mean, maybe they are making a plitickal point about the factory takeover, my Mum told me if I was any sort of Proper Socialist I should stop buying it. I don’t know and I don’t care. But if he is not singing ‘Cadbury’, this single is rubbish.

Having been rather uncharitable about Egyptian Hip Hop when I saw them at Latitude, this time around I was determined to wipe the slate clean and give them a fair hearing, regardless of how ancient they make me feel. And I am glad I did, because both 'Moon Crooner’ and ‘Rad Pitt’ are terrifically appealing, even if you have already heard of popular comb-allergics The Cure. In the end, it is the one with the best title that wins, as ‘Rad Pitt’ starts with some descending and twinkly guitar lines that might as well be made of dewy spider webs, they are that delicate. If you don’t think ‘Rad Pitt’ is the best title this week, you are made of gravel.

Black Daniel - ‘Consciousness’ (Dustbowl Recordings)
The Secret Garden Party remix of this strips away some of Black Daniel’s swagger, and leaves them sounding a little bit like The Charlatans. The Charlatans have a single out too, you know. They are quite old now.

Karen Elson - ‘The Truth Is In The Dirt’ (Third Man / XL)
For the b-side, Karen has covered Donovan’s Season of the Witch. This is pointless in the extreme, so do have a listen to the original in all its glory, here.


Wendy is on Twitter, here. She would like you to know that she has not mentioned chocolate in her column before, and does not intend to make a habit of it.