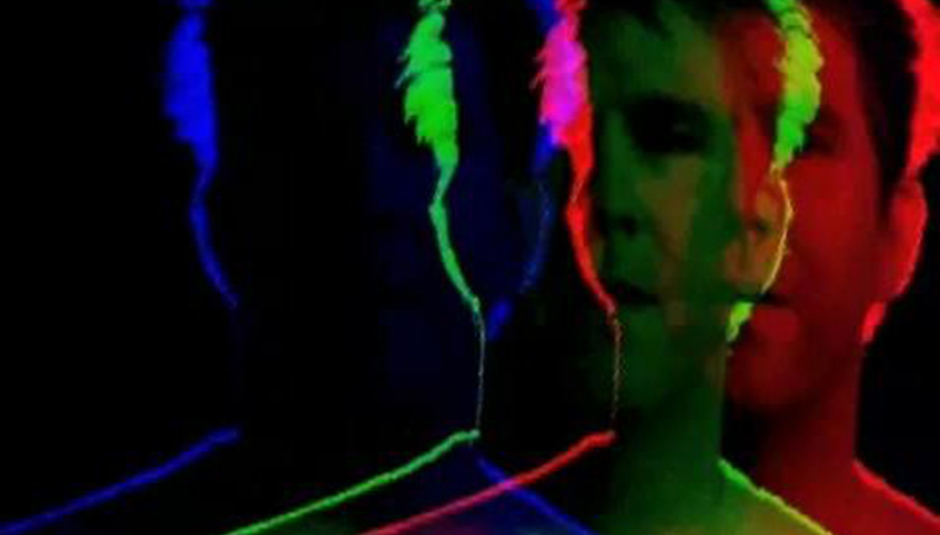 Loners in bedsits with laptops and ladies stood alone onstage in leopard-print leotards have run a-bloody-mok over the course of the past 10 years. In the zero-zerosies, half a million quid for a recording studio was no longer a barrier to entry and anyone and everyone with a bit of software could create, record and upload. Arguably few managed to do much more than imitate but you wouldn't have found them getting much love 'round these parts.

Today's "solo" themed playlist is my personal voyage through a land of coded choruses and cracked software. I was swished along by the 'digital' wave of change. For much of the past decade, I sorta sat in a boat made of reverb, drifting alongside those who rode the crests of binary miracles. It wasn't so much man and machine but magic and macbooks that manipulated my mind with melodies, tension, textures and the tenacity and skills to shift sounds whichever way they pleased. Some took the hyper-accelerated energy of these digital days and surfed their merry way into the mainstream. Others smirked, dove into the pit of the wave and came out the other-side, with barnacles on their face or bedazzled with flame-throwing bitch tits. The era-defining and truly mind-blowing music, which had a glint of mystery in its x-ray specs, for me at least, came as much from basement bedrooms home-brewing womp-womps to those shimmering enormodome stage-shows. I didn't have the attention span to stick to one genre, so in my headphones and on this playlist, there's some lazer-guided missles of misery and really-silly raps and utterly ridiculous bits of yoddelling (O HAI GWEN STEFANI!).

On the page, this playlist with my picks from the past 10 years of digitally-dipped music doesn't really cohere because use and abuse of technology to enhance and morph music was ubiquitous. Synth symphonies and the echoes of eBayed electronics were everywhere. Pop was riddled with ladies wearing disco-balls, whilst white apple logos shone in the booths beside dance-floors. There were 'jams' and houses for witches. Beats and beards. Glitch switches and reverb swashes. And yet, through all of it, there were people placing themselves atop and inside these dastardly machines, providing a heart, no matter how much they tried to pixellate it.

Much like the previous playlist, which was jammed packed with more traditional singers and their guitars, banjos or pianos, for me it was the individuals in the realm of electronica (that's just a catchall for dance music you don't have to or can't actually dance to, right?) that really excited me. Sure, duos like Justice did it for me too but really, I'm all about the types of people who don't need a plus one to change my pulse. Collectives are all well and good but seeing one human, at their limit, holding their carefully construction creation together with data loops or clinging on to reality with their hooped earrings, that's what excites and inspires me.

I'd love to sit here and pretend that I know everything there is to know about the entire Warp and Hyperdub catalogues, and cite all the coolest reference points of the dance-geek encyclopaedia but my voyage through them-wot-use-ProTools-Logic-and-Garageband has been a somewhat distant love affair. Sure, I've downloaded my fair share of tracks from the Hype Machine and woken up with hand stamps from clubs I don't remember going to but I was too busy watching The Icarus Line and making Paramore fanblogs, to really get to grips with the entire wold of electronic music. Fortunately, as the chap at the hub of DiS, I've been prodded and poked to 'turn-off the ruddy National' to check out certain records in a range of genres. Time and time again, it was the electronic-leaning music that I kept coming back to and falling in love with. Amongst it all, it's been really clear to me, just like all those six strings and the truth types I'd grown up listening to and on yesterday's playlist, it was always the work of lone gunmen, rather than troops of cowbell tinklers, that really reached deep down inside of me.

I spent my teens avoiding rave and big beat by blasting Pennywise, The Cure and Weezer. And I probably spent the first half of the past 10 years still clinging to guitar music. There was no pivotal song or transitional record that changed my palette. I can kind of see the crossfade period, when I realised I'd shifted almost completely from the traditional world of 'proper' instruments or so-called 'authentic' music to the digital realm of the synthetic. Maybe guitars don't sound right coming through laptop speakers. I may have been the day I found myself not hating the Razorlight album. More likely, the change came around the time my copy of the Postal Service's Give Up was left on repeat. Around the same time, there was LCD Soundsystem's 'Losing My Edge', which could be heard swarming from every indie-club in London. Whatever it was, the transition was gradual but boy has that pendulum swung from acoustic guitars to trashy pop and atonal glitches and I've loved every minute since, being lost and in lust with every bleep, blip and reverb-drenched kick-drum sample.

This playlist veers from totally-made-it-myselfers to a few manifesto-lugging individuals who had a little help from a team of super-producers, co-writers and a haus of artsy hipsters to assist in their inevitable world domination (is that really cheating the "solo" tag if their name is on the tin? Should it all go wrong, it's them that takes the bullet, right?). From Annie through Zomby, these individuals did not try to bend the rules of song - that's impossible. Instead, they realized the truth: there are no rules. Or maybe there are limitations of imagination but for everything else there's a plug-in and a smart piece of hardware. No more trying to explain to others what things should sound like, just 'me, my laptop and the sky'. No more unreliable drummers. No more rehearsal rooms. No more rowing monobrow brothers or band mates forced to deal with diva strops. Just a human, wrestling a machine.

The bloops, bytes/bits and beats help this playlist to cohere but it's the single-mindedness that binds these tracks together. Often it's sheer bloody-mindedness but when it's not that, it's merely because they're utterly bonkers 'characters', in the best possible way. Bless 'em.