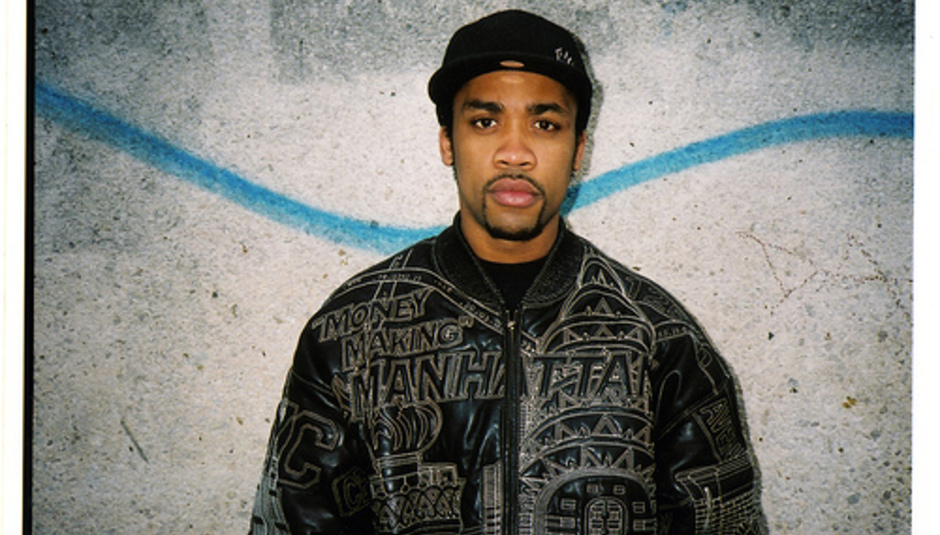 It’s unquestionable that at present UK bass music is in rude health. The mass evacuation following dubstep's wobble-a-thon implosion led to a deliciously anarachic flux: without an established status quo for dancefloor bound bass, producers found themselves with a blank canvas to work with. While dubstep had always been anything but homogenous (regardless of what nigh-on-endless wobbly YouTube dwellers might convince you of otherwise), scaling entirely new territory has instilled a discernible sense of urgency and freedom in bass-minded innovators. Without restriction, miniature scenes have sprung up around a number of different mutations, driven by an internet-influenced global bass culture. Whether it's the juke-referencing, dizzying 808 workouts footcrabbin' out of Loefah's Swamp 81 label or the cosmic house boogie of Alexander Nut's Eglo Records, month on month new 12"s begin new dancefloor narratives.

As is the case with any subculture as trainspotter-inhabited as electronic dance music - particularly with the overarching influence of Simon Reynolds' Hardcore Continuum theory - fans and critics love to trace lineage, map mutations and locate ground zero of any given strain. UK Funky and other new flavours of UK house find themselves identified with equal parts soca, kwaito and dancehall, the video game bloops of Hyperdub's 2009 output result from the average age of every producer coinciding with an unconscious absorption of Mega Drive tropes in formulative years, Whistla's Future Garage movement is a return to the slinky values of vintage UKG circa 2000, and so forth. One influence is conspicuously absent from the narrative however: Grime.

There are a couple of reasons you might cite for this - besides denying its influence wholesale, of course. One of the central tenets of the Hardcore Continuum is a continual pendulum swing between feminine pressure and masculine armor. When drum ‘n’ bass got too lairy, UK garage sprung up in response. Dubstep stripped the divas, handbags and good times, leaving only cavernous bass pressure. And when dubstep turned into an aggro arms race, UK bass music dropped the bpm, upped the grooves and got Funky. How can the microphone bravado of grime coincide with the supposed "feminising" of bass music?

The heavy-handed ying-yang reduction unfortunately misses a wealth of nuance within the genres it describes. Even if grime is typically thought of as a showcase for masculine bragfests, the instrumentals behind the sends are a different story. From the frenetic, rhythmic onslaughts of Dot Rotten to the ultra melodic, synth heavy Sublow of Jon E Cash, grime producers have always carved a unique niche for themselves. With countless different characteristics to abstract away and augment into other styles, it's no wonder that grime instrumentals have had such a pronounced effect on the dance music landscape. Even simplistic, synth-driven approximations at hip-hop extravagance á la Ruff Sqwad produce their own DIY charm. In a weird feedback loop, US dubstep star Starkey has had an illustrious career re-appropriating the hyper-coloured grime take on Billboard Top 40 back into his own hip-hop minded productions. Put incarcerated grime producer Maniac's 2009 mixtape "New Age Grime" on shuffle with Starkey records and it’s hard to tell where one producer ends and the other begins. It’s no coincidence that his latest outings have featured guest appearances from grime MCs Durrty Goodz, Badness and P Money. A more accurate either-or might then be found to explain grime's contributions: monochrome greys versus fluorescent colours. After years of moody navel gazing, the playfulness of the grime sound palette acted as a panacea for po faced seriousness. It's no coincidence that of the two biggest instigators of synaesthesia-inducing dubstep, Bristolian Joker started life as a grime producer, and the enigmatic Zomby's playful melodies and hi-hat time signature trickery pay an undeniable debt to scene godfather Wiley. It’s particularly telling that the latter has an unreleased stockpile of beats in Wiley's inimitable Eskibeat style: a stark, futuristic minimalism that borders on icy tribalism. One of the most acclaimed bass albums of the year has come via Guido, a producer who reproduces plastic, school-keyboard orchestrations in hyper clarity, retaining the melodic sensibility of the best Low Deep instrumentals. Whilst he has come through dubstep channels (and doing so has granted him far wider coverage and broadsheet attention), Guido's work is grime through and through.

Synth prowess isn't the only thing grime has to add either. The newfound rhythmic flexibility of post-dubstep movements is usually attributed to the destigmatising of house for bass music producers via UK Funky, but grime has had a part to play here. Grime punched holes in the rhythm grid of UK Garage to leave spaces and accentuate the rhythm of the MC's voice. Taking the instrumentals in isolation leaves some dramatic dance music, the stop-starts and asymmetric rhythm patterns lending to amazing dancefloor switch ups. 2009's most beguiling producer, Untold, utilised this style with scene changing effect on the groundbreaking 'Anaconda', all alien bleeps and neurotic, rhythmic tics, harnessing Wiley's eski style in much the same way as Zomby. Throughout its development, the drum programming became more tightly coiled and twisted, to the point where it’s fairly easy to see a line of continuity from grime producers to the likes of Shortstuff, Blunted Robots CEO and one of the UK's most exciting producers. Even the core group of artists on his label bely their love of grime, with excellent remixes of JME and Royal T coming from Mickey Pearce and Martin Kemp respectively.

It's a similar case with the Night Slugs label, another camp of much hyped, mutant house inclined artists. Label head Bok Bok cut his teeth as a grime DJ in the mid 00s, and its influence runs through his productions, sets, and choices for release. Despite running at a lower BPM and being widely acknowledged as a facet of London's Funky scene, Night Slugs releases are united in their love of raw grimey synth colour and rough edged rudeness. Label standout Lil Silva had his biggest hit to date with ‘Pulse Vs Flex’, a mash up of his own tune Flex with Musical Mob's seminal grime riddim 'Pulse X'. Bok Bok's own productions often carry with them small signifiers to those that know. Most tellingly one of Davinche's signature sounds often makes appearences, while influential MC and producer Jammer provides their "NIIIIGHT SLUUUUGS! NIGHT SLUGS!" watermark. Of all their camp the most indebted is probably Jam City, a man of much hype but few releases. Despite having zero releases to his name at the time, he warranted a whole "Month In House" column dedicated to his sound. His first Night Slugs plate recently dropped, complete with a Wiley-esque 'Devil's Refix' (essentially a no drums mix) of DJ Bone.

The other reason that it might not be acknowledged is that dance music fans and critics simply miss the signifiers. Grime has always endured an underdog status, the walls endlessly closing in via racist police legislature and an unfortunately London-centric infrastructure. The majority of the populace's engagement with the genre comes in the form of novelty hits and electro-house run off, leaving most tracks on pirate radio, on the underground, and off the radar of critical acclaim. It doesn't help that many of the best instrumentals only exist as endlessly degraded, re-encoded and limewire'd MP3s, replacing steely Playstation futurism with grainy lo-fidelity. It has to be said though that instrumental grime does not need retroactively legitimising through its influence - it stands up on its own as incredible electronic music and particularly exciting dance music. With that in mind, it’s reassuring that a treasure trove of old material is being rescued from obscurity and finally seeing the light of day in the hi-fidelity it deserves. Towards the end of 2009 Terror Danjah released a retrospective on Planet Mu, propelling him into the wider electronic music world's consciousness. Despite his near legendary status within grime circles, outside the scene he was relatively unknown. Fast forward to today, and Danjah is one of the most in demand producers in the UK - and it’s not hard to see why. From the complexity of his hyper-kinetic drum programming to the gorgeous sweet/sour dichotomy in his snaking, g-funk synth lines, Terror Danjah is utterly peerless. Acting first as a precursor to Joker, Gemmy et al, and now to a whole new generation of producers, Danjah seems to have hit a whole new stride, spurred on by newfound attention. Whether it’s continuing previous oddball tangents like the Kraftwerk-sampling 'Planet Shock's 80s electro breakdown into new releases on Hyperdub, or constantly uploading albums for free via Twitter, his current momentum is nigh on unstoppable.

And Terror Danjah isn't the only one receiving the archive treatment. This year DJ Cheeky's Avalanche Music began a series of grime instrumental albums, launching in grand fashion with a collection of 22 Wiley productions, including the much-aped ‘Ice Rink’ and the paradigm shifting ‘Igloo’ that was vocalled for the classic ‘What U Call it?’. A compilation for grime's nice guy JME followed, a video game minded producer whose riddim patterns have found soundalikes – mimics? - as far as acclaimed art rock band These New Puritans.

This salvage mission has coincided with a newfound confidence from grime producers. As sales dwindled on vinyl, MCs came to prefer CDR mixtapes as their weapon of choice. Where once instrumentals could be found on the flip of 12" singles, there was now no medium for unvocalled productions to reach aspiring DJs. Taking back control of the reigns somewhat, the last couple of years have seen a number of producers release mixtapes of their own. Silencer, Maniac and Nocturnal all saw great success with their own CDs, and a viable scene based around instrumental grime is forming. Finding its spiritual home with perennial grime mainstays Elijah & Skilliam on their Rinse FM show, producers like Swindle, SRC and Rude Kid are reabsorbing wompy dubstep and video game tropes back into the grime mainframe. This new wave is cutting a funk-tacular path all of their own, equally influenced by Joker's Dre-isms and old grime's thirst for innovation. Even better, releases from outside labels like Planet Mu, Rwina and Numbers seems set to pull these producers out of the grime world and onto far bigger stages. Not merely content with hosting scene centerpiece Grime Forum, Elijah & Skilliam have set up a Butterz, a label that shares a name with their already established 'Best Grime Music Blog In the World'. Drawing together the old and the new, Butterz will be putting out Terror Danjah and D.O.K pieces next to the aforementioned young guns, as well as Royal T and Mr Mitch. 2010 seems like as good a year as any for the wider world to take notice, and perhaps as instrumental grime's influence becomes unavoidable a long overdue reappraisal will take place; regardless, the scene's innovators will continue to plough ahead in their own idiosyncratic style.

Grime Futurism For Drowned In Sound by Always Everything on Mixcloud

Simon Docherty edits Always Everything, a blog dedicated to the points where genres intersect: bass music, electronica, lo-fi, noise and everything in between.

This feature is part of our 10 Years of Dubstep series