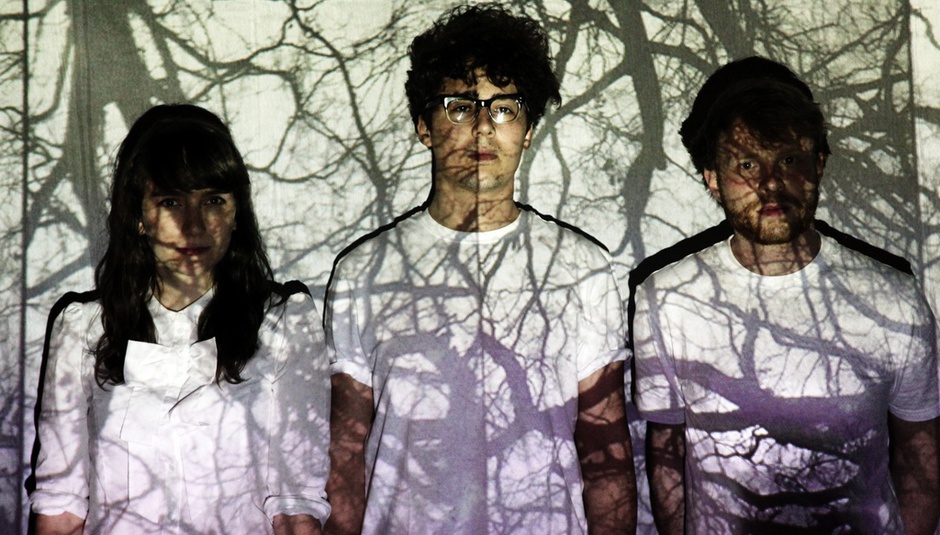 When ‘Women in Rock’ features are really, really bad, they’re horrid. So, when DiS asked me to write something from a female perspective, I thought I’d stick to pure reportage and use this chance on the soapbox to communicate illuminating true-life stories (are you listening Oprah?). In search of an alternative perspective to the well-trodden ‘LADS ON TOUURRR’ trope, I collected tour tales via email round-robin from some of the bonniest lasses that I have crossed musical paths with. Here are their responses, combined with some of my own experiences. From the mouths of babes…

KH: Do you ever feel like 'domestic/home' you and 'tour' you are two different people?

Mary Kate Geraghty, Fight Like Apes: I think my friends and family are very comfortable in the knowledge that the person on tour is not the same person at home. There would be a lot of liver transplants and bleeding if the opposite was the case.

Ellen Waddell, Los Campesinos!: Completely. Tour me tends to make filthier jokes and be more dependent on other people to get from A to B, I turn into a bit of a dependent child looking to a tour manager to tell me what I am doing that day. Having said that, I feel far more confident in terms of everyday life on tour. Off tour I get a bit control-y about my life and can isolate myself at first because you kind of want to reclaim your own space for a while.

Melissa Auf der Maur: Actually no ... but certainly two different lives and sides of myself: the inner and the outer. What's funny though is the touring world is the showcasing the inner world to the OUTSIDE, and home life is dealing with outside reality i.e. cleaning, writing, building, emailing, phone calling, while INSIDE. It's a perfect balance really. I would not want, and have never known, another life. Best of both worlds all in one life!

Rebecca Taylor, Slow Club: Errr, yeah, and no. It depends what’s going on in my life, if I’m unhappy and emo then go on tour I lose my mind, as long as there’s people to lose it with... But if I’m ok at home and me and Charles just head out the two of us we mainly eat loads and search for Wifi to watch telly on.

I find the musical hobo lifestyle is good for controlling my urge to hoard, I seem to have shed about 75% of my belongings since starting to tour. What's the most freeing thing about touring?

MAdM: Letting go. Once you embark on the journey, there's no stopping (unless a volcano erupts). The absolute liberation lies in the live performance. The shows make the all the work at home, in the studio and the annoying silly business planning, worth it. Seeing how music travels its own journey, and gets into the lives of people in far away cities, that then come with open ears to a music venue- to participate in the ritual of sharing stories and magic- is pretty fucking incredible! Never ceases to amaze me. Music has a life of it's own, and touring is how you track it.

RT: If you've got yourself into a bit of trouble at home with people you can just be like “um well, I have to go on tour now BYEBYE". That’s quite good.

EW: You meet fascinating people and see wonderful things and have mind blowing experiences, no two days tend to be alike and you can read your book in a different American hipster coffee shop everyday.

MKG: The realisation that it's your job. It gets hard, boring and frustrating at times but for the most part it's a bit exciting, and there is something very liberating about being part of the whole circuit.

What's the most illuminating experience you've had on tour?

RT: There have been a lot of times, where I've sat back and thought, “wow ok, this is awesome and I'm really lucky”. It’s usually when you're on some dance floor in some weird bar in Tucson singing "Don’t Let Go" by En Vogue karaoke with a girl you just met.

MAdM: That there are romantic and hopeful people everywhere! Really, that keeps me going. Nowadays you can almost feel that on the Internet, but there's nothing better than IN THE FLESH! Proof! Truth! I toured a lot before the Internet and cell phones and it was one of the greatest revelations to me, you can find a friend ANYWHERE (and a Canadian)!

EW: Learning about yourself in new and interesting ways everyday, learning how you operate outside your comfort zone and how you can push yourself

What's the most shocking experience you've had on tour?

EW: Mostly experiences we have when we finish tours and we get hit by the curse on the way home, break downs, tour windows blowing out onto the motorway, a bandmate spilling hot tea on herself and getting third degree burns, the first time I saw a Los Campesinos tattoo...

MAdM: A Viking volcano trapping me in Finland, and it reminding us mere humans that our plans are silly, and that a grand force of nature can stop us in our tracks.

RT: erm, there are too many personally shocking moments with My Brain saying; "really? you're doing this? oh ok..." to recall...

I have a dent in my thigh where Nestor pushed a cymbal into me at a show in NYC. What changes to yourself do you think have been as a direct result of touring?

RT: (This feels like the therapy I so desperately needs btw Harkin) I think that the loss of routine and no Friday feeling is weird. Its obviously AWESOME but I really feel like you can't really plan anything, ever. And if this was a TV programme and if my job was some high flying lawyer or something there would be some emphasis on the way that I don’t have time for my friends or family and that I’m just MARRIED TO MY JOB GOD DAMN IT. For all the negatives about touring I could list as many positives though really, if I was honest. So as long as it stays like that I guess it’s ok.

MAdM: I’m not sure what came first, but my curiosity about people and their histories has been fed by travelling around the world with music. So had I not been given the opportunity would my curiosities have gotten more or less?

EW: I can become a bit panicky at finding the routine I had in my life on tour whilst not on it, I have gotten really good at having long distant relationships, and I have made more effort with the way I dress (which sounds rubbish but I prefer that) and have become good at turning a small suitcase worth of clothes into three weeks worth of interesting stage clothes.

MKG: I have absolute no regard for my own personal safety. I think this comes from the type of band we are and it's really hard to come back off a tour and suddenly be sensible. I really need to be heavily monitored on a night out.

When on tour have you felt your toughest?

MAdM: When you are many months into the life of touring and you have really let yourself go into the life of a nomad, you feel pretty invincible, cause you don’t need anything but the road and your instrument.... feels like you're taping into the ancient tradition of the explorers and troubadours…feels great.

RT: We once loaded out on a Friday night in Birmingham and had a total slag on our bonnet and we couldn’t move the van, so I was shouting at her to get her to move and she called me a 'peroxide slut'. I have never been so ready to punch a bitch in my life. I had to be held back. MY. HAIR. IS. NATURAL.

EW When I got stuck in South America by myself because of visa issues, I didn’t think I could get myself out of there alone due to being used to having someone else sort that kind of thing out, luckily I did, and once I got over the fear I had a lovely time.

When on tour have you felt your most vulnerable?

MKG: The Prodigy's audience were, how should I say...terrifying. That was a pretty humbling experience but one that makes our own gigs so fucking rewarding.

MAdM Just after you've tapped into the viking blood and spirit, you hit a place of "burn out", and you feel the fire being drained out of you in a major way- and the adrenaline compensating for the exhausted spirit. That's when you start looking for the light at the end of the tunnel and imagining simple things like your bed and kitchen to get by.....

EW: When I have missed loved ones, or when unfortunate things have happened at home (I went through a spate of my cats dying every time we went away) which you cant be there for, or when you just plain old don’t want to be on a tour bus for a bit.

RT: I only ever feel it when we get somewhere and the place we have to stay is gross. I just can’t bear that. I try not to be a princess about anything else but I just can't stand it.

What's your top tip for touring? (one of mine is always carry a cereal bar and a bottle opener...)

MKG: Mine is always carry plasters and a sober mate around everywhere with you in your pocket.

MAdM Snacks are good. Lots of power adaptors/chargers and all communication tools. Little computer, big computer, post card and letter writing supplies........ and LET GO! Follow the waves of the road! The “it's the journey not the destination” mantra!

RT: A book, even if you aren’t interested in it its the best tool to avoid small talk. erm, and drowsy painkillers.

EW: always carry an apple/small bag of food or snacks if your fussy (like I am) about rider, always find space for yourself at times and always enjoy the ride and appreciate it for the chance it is. Always have dry shampoo.

Our American tour manager keeps us in check by hollering “TOUR NOT BORE” in our faces if we ever get moany. It’s a pretty good mantra. Any other tour stories you think the world should hear?

EW: We once played in Santa Cruz at this bizarre lodge which had a reputation for being haunted, and its Shining-esque decor did nothing to calm our fears. There was a tunnel and fake rock pool running into the restaurant and apparently a young girl had drowned in it. Anyway when we finished on stage Tom felt a drip on the back of his neck and upon looking upwards he glimpsed a person hiding above the stage, he exclaimed and then there was a clambering of noise within the walls. We immediately were like “GHOSTS OMG” but it turned out the restaurant tunnel actually linked to a real tunnel by a lake nearby and these people had sneaked in during the show, and the drip was their wet bodies. Apparently they hoped to steal our equipment.