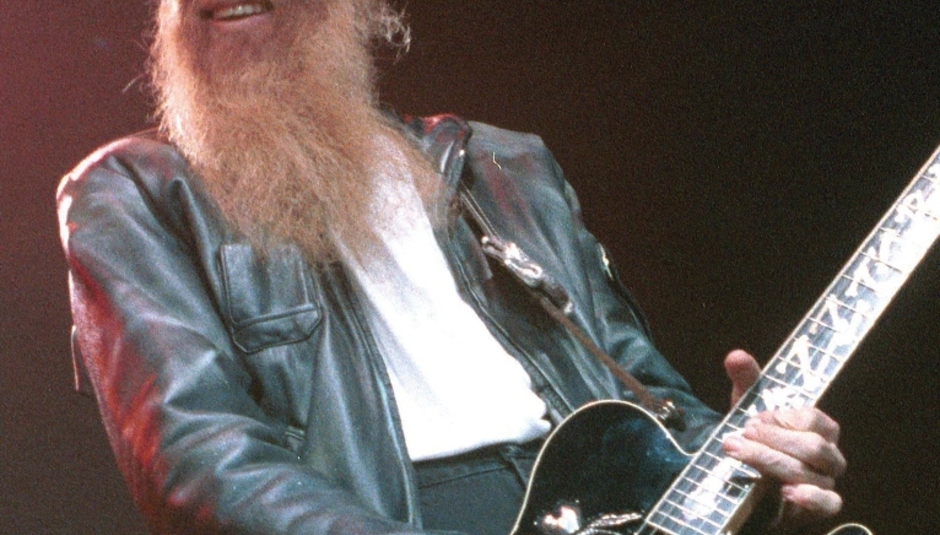 The other day our former overlord Mike Diver phoned up DiS HQ to belligerently demand we implement what he described as 'the final phase' of his vision for the site: "classic rock coverage and lots of it, yeah?". We could not say no.

Age against the machine. White, mostly middle-class riot. The headlines write themselves, the amassed army of bald spots and beer bellies ripe for ridicule by younger festival-goers assembling just down the road at the 1234 event in Shoreditch. But mock not these aging attendees: their presence is testament to how wonderfully well the powers that be behind the new High Voltage two-dayer have targeted a market previously untapped.

On paper High Voltage – held in London’s Victoria Park between two completely different events, Lovebox and Field Day/Underage – is a puzzling proposition, its three stages (each themed around one of the triad of magazines associated with it – Classic Rock, its prog-centric offshoot, and Metal Hammer) presenting a plethora of particularly different acts. The sole adhesive: most of these bands have had their prime and waved it away long ago. ZZ Top and Emerson, Lake and Palmer are the nominal headliners, but a cursory scan through the billing reveals several surprises, some of the I-thought-they-were-dead variety. Asia and Focus on the Prog stage, Saxon on the Hammer one; on the largest stage: UFO, The Quireboys, Gary Moore.

What clearly isn’t dead, despite many a year in the wilderness once its excess had been rightly checked by punk’s insatiable energy, is prog – ELP’s appearance, their first for 15 years, is a clear indication of that. Yes keyboard wizard Rick Wakeman talks about modern purveyors of the craft he helped push into the mainstream in the Seventies – expectedly, Muse and The Mars Volta are the two names he drops – before admitting that buying prog in the 1980s was akin to acquiring porn: “I’ll have some soul, some punk, and… (lowers voice) have you got any prog?” Shady, under-the-counter dealings – the internet has helped fans of both indulge themselves without embarrassment. And clearly memories of music taste mockery have evaporated, as a huge crowd receives ELP’s everyone-saw-it-coming ‘Karn Evil 9: First Impression, Pt 2’ on Sunday evening. They sound huge. Greg Lake is huge, and surely wearing that waistcoat for a bet. That, or it’s an ill-advised tribute to the late ‘Hurricane’ Higgins. The crowd doesn’t stay huge, though – travel concerns get the better of many, who are long gone come the closing ‘Fanfare for the Common Man’.

Rewind, 24 hours: ZZ Top are going through the motions, but despite a massive screen behind them – spanners, coming at us… okaaaaay – they don’t sparkle anywhere near as brightly as ELP. ‘Tush’, ‘Legs’, ‘Sharp Dressed Man’ – we get what we’ve come for, but do they have to look so bored? Billy ushers on a couple of girls to provide him with a hat specifically for their blues section, which prompts a few whistles and the like. But it’s the most life they have on stage all night. Now all into their 60s, the trio is obviously not going to be the powerhouse they once were. But tonight, with all eyes on them, they seem every bit as stiff as most men their age.

At least their line-up is as it was upon their formation in the late Sixties – the same cannot be said of several ensembles. UFO vocalist Phil Mogg is the sole member of the Brit-rockers to have appeared on every one of their 20 albums – here, guitarist Vinnie Moore steals the show with virtuoso fret-work (once a few gremlins in the works are eradicated, anyway). Foreigner retain only Mick Jones from their eponymous debut of 1977. Vocalist Kelly Hansen wears the band’s own merchandise – surely a faux pas? They do ‘Cold As Ice’ and it sounds like ‘Cold As Ice’; likewise ‘I Want to Know What Love Is’. I want to know where all the real ale’s gone. Surely the organisers knew that this many old guys, in the same place, would get through plenty of proper beer?

There are a few more problems noted across the two days. The racket from the Metal Hammer stage frequently rankles those at the nearby Prog stage – Sunday headliners Marillion, with former frontman Fish watching from the crowd, are rendered utterly redundant by the amazing force of Down. They’re not so much buried in smoke as drowned in a raging sea of riffs. (Slight aside: Clutch are by far the best band on the Hammer stage over the weekend.) Disabled access isn’t brilliant, either – several wheelchair users are seen having a pretty miserable time. Apparently Joe Elliott’s crew have a scrap with ELP’s as the former is instructed to curtail his running-over Down N Outz set (much to the disappointment of those awaiting Ian Hunter’s appearance, which lasts just two songs).

But for the most part High Voltage proves to be a success. The right bands were booked to tempt a crowd that rarely gets out these days, and if the festival was to expand its contemporary attractions – perhaps one of Wakeman’s favourites for next year? – then it could well rise as a respected rival to Download and Sonisphere. Albeit with more drum solos and grey hairs, obviously.