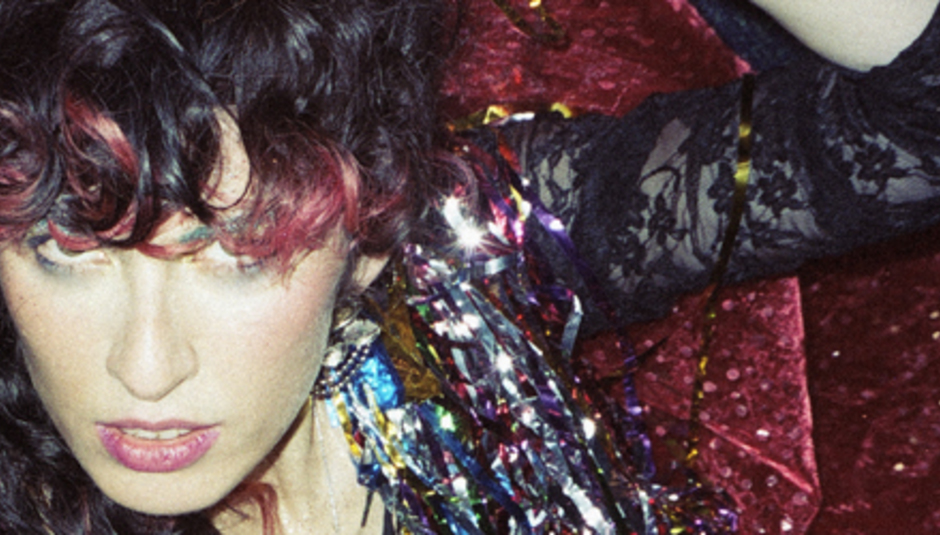 I took an instant liking to Cibelle. She seemed so unpretentious about her music and excited by happy accidents, which made me feel less bad for being late for the interview. I figured her free-spiritedness could be due to the fact that her career had never followed any set path, yet had continued to prosper, or at least this was how it seemed to me. After appearing on Suba's Sao Paulo Confessions album, a modern mix of electronica and bossa nova, she recorded her self-titled debut album in a similar vein. The album was well-received but it was her second The Shine of Dried Electric Leaves that sealed her status in Europe, no doubt helped by her covers of Caetano Veloso and Tom Waits songs and collaboration with Devendra Banhart. It was a mix of acoustic guitars, studio experimentation and a fresh sound that passed through songs both in English and Portuguese.

Her new album Las Venus Resort Palace Hotel is a concept about a cabaret singer playing at the last club on earth. It features some odd cover choices (songs originally performed by Ursula Andress, Raymond Scott and Kermit the Frog) and an admission of love for exotica music. It's something of a detachment from her previous work, something which has not gone unnoticed in reviews which have failed to ignite as they did for The Shine of... I wanted to find out if she was worried that her shift in style could effect her popularity, and how exactly did a girl from Sao Paulo end up singing “It's Not Easy Being Green” in England.

We met at Dalston Superstore in East London on a Sunday morning. Cibelle was adorned luminescently in blue make-up, flowery green-and-yellow dress with bright red dancing across her fringe. I wished I could look that good on a Sunday.

DiS: Where did the idea for the new album come from?

Cibelle: There were many origins for the album. I had decided to do something crazy with myself and had been listening to mainly exotica, old MPB (Brazilian popular music) and Animal Collective. Then, during the recording I realized I was doing a cabaret show with this crazy band, and it's in the jungle, and there's acid rain, and it's the end of the world. I just imagined people coming into the forest and hearing a song in the background and there's monkey noises, rain, delay, so it's like you're out of your mind in this cabaret at the end of the world, jet-lagged from an interplanetary trip watching this freak show and you're liking it.

Did you worry at any point about how it could be perceived?

I do what my heart tells me. I came to the conclusion that the mind is not your best friend. You have a following but that's an attachment. I don't want to do something to try and keep these people or lose these people, because I'm trying to please someone. I want to be happy when I put my head on my pillow.

That's why I'm really happy with this album. I think I've achieved 98% of pure expression. All of the ideas were coming out while I was doing it and I wasn't even questioning them, even the sci-fi shit. It was like, yes, it's the end of the world, like stream of consciousness and when the album was finished and I heard it, it was then that I realized what was happening behind here [points to head], a metaphor for life, parallels with gentrification, oh, lots of feminine stuff, interesting. It wasn't like before I said I was going to do an album that was about this and that.

I don't want to fit in and if anyone else feels like they don't fit in then come along. I like ugly. Lot's of people around me are too measured. They are working on a song and they say “oh, it sounds too much like another band.” It could sound like a thousand things at the same time. Make it rich. People don't like the fact that we're absorbing information and putting out information that is being absorbed. The important thing is it's being filtered through you.

You have talked about the album being 'exotica.' Could you tell us a little about exactly what that is?

Exotica to me is appropriation and embellishment of something from somewhere else, especially when it's on the trashy side, because I find trashy really beautiful. It's always someone trying to be very personal with something like they are trying to copy something but at the last minute they can't because they like something else. It's like someone is trying to copy a watch and at the last minute they change the logo and put a little flower next to it which completely throws the whole thing off but also makes it amazing.

You grew up in Sao Paulo (Brazil) but are signed to a Belgian record label. How did this come about?

Because I was singing with Suba [a Brazilian producer], who was on Crammed [her record label], when he passed away they asked if I wanted to still be on the label, and I said “hold on, this is all too fresh.” I didn't want to just be produced by anyone because Suba took me under his wing not to be pretty and sing, he was training me to produce. Crammed said they would get me a producer and I said “no, I need someone I can actually work with and I found Apolo [Nove]. We did a track and it did really well and they asked if we wanted to do the album and so from there I started coming to Europe.

And the move to London?

I went to London to mix my album and ended up in Brick Lane. I had already started seeing more of the world and my mind was opening up a bit and then I saw this community of creative people around me. Sao Paulo is very decentralized so you have to be in your car, but suddenly I was in a street where everyone was creative and working on projects, and so I said “I'm not leaving” and I moved.

How was this transition from living in Sao Paulo to then living in London, having spent time in both I imagine it would be really hard?

I didn't blink for a second. I think I'm pretty detached to a lot of stuff. I was born with this detachment.

Were you stepping away from any scene that was happening in Brazil, because now the Sao Paulo Confessions album is regarded as something of a classic?

Now, there is an incredible music scene in Brazil, there are venues to actually play in, there are lots of bands, lots of singers, but when I was there it was all mainstream shit. People kept saying that the music I was making was for gringos. I said “what are you saying? It's being made by me, I'm not a gringo, I'm from here, I'm me.”

How have you found London and European audiences because the ones at the gig I attended were dancing nowhere near enough?

People in Europe are quite self-conscious. It helps to be pissed in England. In Spain it was insane, in hotter countries people just go crazy, making animal sounds at the stage. In Bruges [Belgium], we were doing a cheese-off on stage, seeing who could be the most cheesy, having a great time, and the people were just sitting on the floor.

Back to the album. You said Apolo Nove produced your first album, but it sounds like you have now taken on the reins?

I really felt like I knew what I was doing with this one as in I knew where I was heading. I didn't want to match with anything. I have an aesthetic that I believe in and that's so strong inside of me right now and that no-one is gonna touch or change it. I wanted to make a place where people can do whatever they want to do and no-else will judge you, that's what I wanted the album to be.

Cibelle is currently touring with CocoRosie, before heading back to Europe in July. Extra dates will be added on Cibelle's myspace