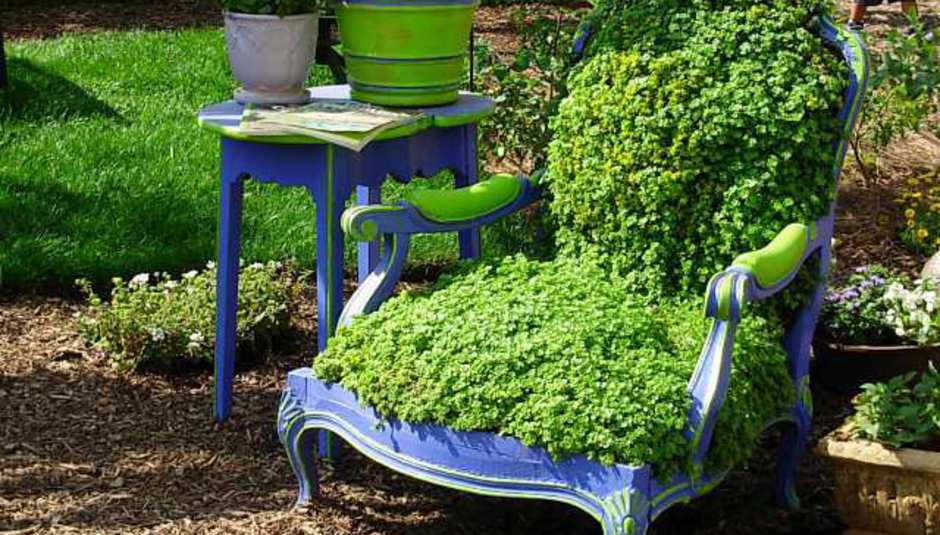 But let's start with this month's exclusive mix, created by globally renowned DJ, producer and Artform boss Jamie Anderson. Operating in the spaces between London tech-house, Chicago house and Berlin and Detroit techno, Jamie's armchair dancefloor mix never resorts to the obvious, and offers a masterclass in how to deploy restraint as an offensive weapon. Following last year's reissue of his peerless 1994 album Minimal Nation, Robert Hood has realised a long-held ambition by soundtracking the 1971 science-fiction film The Omega Man. An impressionistic take on the source material rather than a frame-by-frame accompaniment, Omega showcases techno as a drive towards asceticism. According to Hood's vision of the form minimalism takes precedence not as a genre tag or preset label, but as a guiding principle.

The clean lines and onrush of 'Towns That Disappeared Completely' and the scratchy funk pulse of 'The Workers of Iniquity' are examples of techno at its most functional, operating at the point where music and design meet. Flashes of melody appear occasionally, as on 'Are You God' and 'Omega (End Times)', but these too are elements of the rhythm as opposed to melodic lines in their own right. The one track that deviates from this austere but rewarding template is 'The Plague (Cleansing Maneuvers)', which rolls out in a bleak, nearly beatless mode that conjures an ominously deserted urban wasteland. Embarking on Returnal, Massachussetts-based synth artist Daniel Lopatin's new album as Oneohtrix Point Never, is a struggle, like leaving the mesosphere before breaking through to the calm depths of space (ignoring the dark matter, bosons, space-junk and invisible alien spacecraft that most probably occupy an area we used to think of as 'empty'). Opener 'Nil Admirari' is a densely detailed cacophany of white noise, Lopatin scraping metal nails down an analogue blackboard for five minutes before the chaos bleeds bleeds out, and the ambient majesty of 'Describing Bodies' takes over. Its sustained chords lance into the distance like solar rays.

The shimmer of 'Stress Waves' underlines one of Lopatin's defining traits, discernible throughout last year's Rifts compilation (see ad015). Innately capable as he is of conjuring weightless, richly melodic ambient tone structures, he rarely sets them spinning without encoding their DNA with a signature instability or mutation. It's there on 'Pelham Island Road', in the varnish of distortion which coats the track's melting chords and slow-motion arpeggios; and on 'Returnal', a synth-pop gem that refuses to relax into its role; meanwhile 'Preyouandi', in many ways a more peaceful mirror of 'Nil Admirari', punctuates its hesitant, elegiacal note clusters with a sackful of rattles, taps, and ominous thumps on the hull.

Wolfgang Voigt's latest project, for which he's resurrected his experimental techno label Profan, seems to be upsetting a lot of people who want him, not unreasonably, to revisit the deathless beauty of his Gas project. More to the point, what they don't seem to want is an album-length collection of electronic piano pieces that fuse atonality and serialism with 4/4 beat patterns so simplistic as to suggest idiocy. Which is their loss, because that's what Voigt's dishing out and, to my ears at least, it's invigorating. 'Zimmer' turns techno inside-out, the kick merely marking time while a series of Schoenbergian keystrokes provide the track's rhythmic complexity. 'Mecha' presents an invitingly desultory vision of rainy streets, while the surging overlapping patterns of 'Schweres Wasser' (the one track that actually merits the Conlon Nancarrow comparisons that have been bandied about, and which Voigt is to some extent inviting) attain a limitless rippling grandeur. Oval began as a trio in 1991, dafacing CD's and, to state it briefly, inventing glitch. Since shortly after the release of their godlike 94diskont. in 1995, Oval has consisted solely of Markus Popp. The Oh EP is his first release since 2001's Ovalcommers, and sees Popp moving away from his established style in favour of a form of post-rock improv that, while occasionally guilty of lacking direction, more often conveys an infectious sense of joy and celebration. 'Hey', which at 4:13 is the longest track here by some distance, sets trebly string plucks above a pastoral melody and cymbal-heavy drum fills in a manner similar to some of Kieran Hebden's collaborations with the late Steve Reid.

From here Oh becomes a fractured affair that's best listened to at one sitting, its individual parts often being so short that they're gone almost before you get a handle on them. It remains to be seen if Popp's forthcoming 70-track album profits or suffers from this approach, but for the moment the brief beauty of tracks such as 'Grrr', 'Saas Fairy' and 'Kasko' provide some strangely catchy pleasures. Throughout Jazeera Nights, the sheer force of the music's distorted thump exhilarates: the rhythmic onslaught of 'Ala Il Hanash Madgouga (The Bedouin Tattoo)' contextualises Untold's rhythmic explorations (what's 'next level' here is wedding party music in Syria). The skipping breakbeat and decaying corkscrew synth figures of 'Dazeitlak Dezzelli (I Signal, You Deny)' are dizzying. A moderately controversial figure in Syria, partly because he incorporates Kurdish and Iraqi styles into what has been a fairly regimented sound, Souleyman's music is both deeply original and fundamentally traditional. As Mark Gergis, the album's compiler has noted, "It's cathartic...like you're in a pit at a hardcore show. Except it's a different kind of pit, where everyone's holding hands and standing next to their mother."

In Twin Peaks, garmonbozia is a drug or foodstuff - it's never clearly determined which - that represents 'pain and suffering that is consumed'. Blending David Lynch's term with ambrosia, the food and drink of the gods in Greek mythology (as opposed to the delicious tinned cream rice product of mortal origin), composer Philippe Petit has created a soundtrack for an imaginary movie that blends lyricism with harshly corrosive elements. Combining string playing with field recordings and electronics, Garambrosia contains passages of striking beauty that have dissonance at their core. The off-key whine of 'Pellicula', for example, features strained violin playing that hovers around resolution, its internal tensions highlighted by repetitious piano keystrokes and an enveloping hiss.

Petit's talent for blending traditional instrumentation with synthesis and artificial augmentation is considerable. The eerie 'Night Elves Jukebox' combines a piano étude with inimical hisses and digitally tortured horn stabs, reversed strings and subtle glitches, while the equally unsettling closing track 'The Nightcrawler' is a dense, foggy drone that deploys cello, viola and tuba sparingly, but to marked effect.

Digitalis boss Brad Rose's last album on Type, 2009's Exquisite Idols, offered a twisted take on folk that situated him in the same vague area as that occupied by his own label's signings, such as Hush Arbors and James Blackshaw. Bloodlines is a far grimmer proposition, melding bowed guitar, synth drones and subtle percussive elements (provided by Zelienople's Mike Weis) into a suite of brooding greyscale studies. Carefully sequenced, the oppressive noise of 'Bloodlines' and 'Missed Court Dates' is counterbalanced by the troubled beauty of 'Reunion' and 'Save Yourselves'. Following the seething whiteout drone of 'Counting Down the Days', the album's closing track, 'Revelation', comes closer to traditional song form, with shortwave radio squeals patterning a background guitar grind above a head-nodding bassline.

Forget about Ramadanman's competent mix of D-bridge's 'ZX81' on the b-side: this release is here because of Shed's take on the same track. A thick, rippling wall of bass pressure heaves itself out of the ground following a muffled, galloping 2-step introduction. In the background a crystalline two-note stab lends the track a touch of Detroit atmospherics, although the heavily decayed and delayed synth line running through the centre of the track is unmistakably Berlin. Raw power from one of the world's most exciting techno producers.

Like marshland mist, there's a paradoxically oppressive insubstantiality to Forest of Evil, the first in a series of three mini-albums to be released by Demdike Stare this year. Their debut, Symbiosis was probably the best album of last year that armchair dancefloor neglected to feature (sorry), and Forest of Evil suggests that they're only going to get better. This discussion of witch house is worth 10 minutes of anyone's time, but it really should include a mention of Demdike. The duo is named for a Lancastrian witch, after all, and their brooding techno has an incantatory quality to it that both tracks here revel in. 'Forest of Evil (Dusk)' sends up billowing skeins of ominous synth texture that carry echoes of Boards of Canada, before a warped beat lends an uncertain, threshing propulsion to a delayed stab.

Menacing as that is, 'Forest of Evil (Dawn)' plunges further into the diabolical, its drum-circle rhythm establishing a pagan throb above which long synth tones spin a sinister web. After six minutes the track, Demdike's darkest to date, gives way to a swirling beatless outro punctuated by queasily distended klaxon-like stabs. Definitely not the last thing you want to hear in a flame-lit clearing before having your heart cut out.

Dub techno is virtually a blind alley these days, but that doesn't prevent it from being enjoyable when it's done well. The dense textures of Liumin sometimes slip into anonymity, but on tracks like 'BCN Dub' or 'Summer Haze' Rod Modell and Steve Hitchell develop absorbing atmospheres.

Do While - Do While (Wigflip)

A mixture of passages of twinkling ambience and inspired rip-offs of My Bloody Valentine, John Somers' Do While project might be derivative but it still sounds magnificent. listen.

Jeff Witscher is in less abrasive mood than usual when operating as Rene Hell. In fact, Porcelain Opera's melodic sheen finds him tangled in the same cluster of analogue synth cables as Oneohtrix Point Never and Emeralds. listen.

Four fine excursions from the ex-Marcia Blane School for Girls member, blending thoughtful techno structures with dubstep, while the ghost of rave little-box, big-boxes in the background. listen.

Somewhere between the now-familiar ultra-compression, vocal samples and FlyLo-indebted synth manoeuvres, Shlomo nevertheless carves out a space of his own. Camping is scrappy but promising work. listen.

Insidious dark techno from sometime Dozzy Donato collaborator Dino Sabatini, who excels when he lets just a few discordant sounds wheeze and scrape above a punishing kick, as on 'Perseus' (who killed Medusa), and 'Tethys' (an aquatic sea goddess who until now has, to my knowledge, been unrepresented in techno composition).