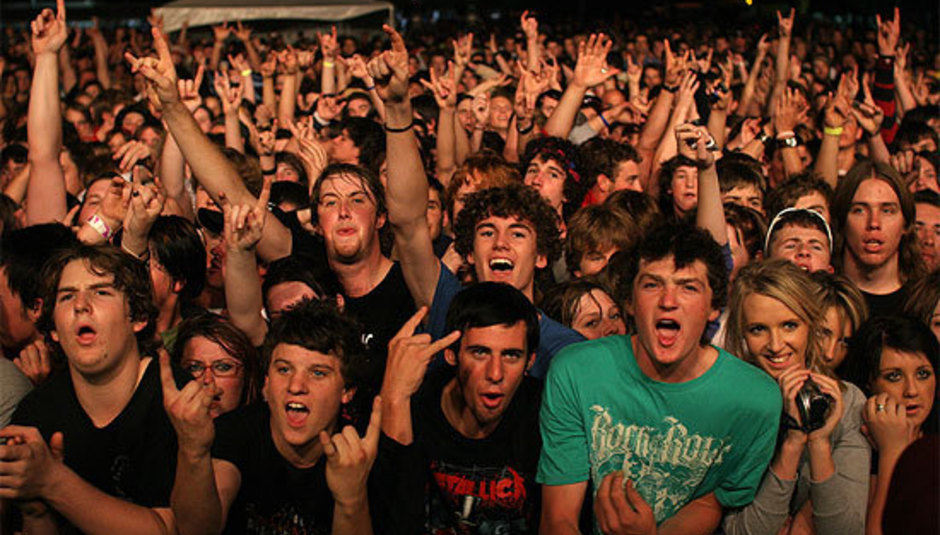 Dear Drowned In Sound. I have a confession to make. It’s something that I’ve struggled with for the last ten years of my life, something I’ve tried to brush over, tried to hide form the scrutiny of others. It’s something I’ve always been a bit weary of, something that I’ve been fairly of conscious of admitting in public for fear of ridicule. But this is a safe space. So here goes – My name is David and I like emo. Yes, emo. It’s a much-maligned genre, one that’s very misunderstood by the masses, even by ‘proper’ music fans, such as the ones found on the DiS boards. But this isn’t supposed to be a history lesson, if you want to read up maybe start here www.fourfa.com. Instead this column is supposed to cover current goings on within the DIY niche that is emo, hardcore and other genres ending in either –mo or –core.

Up first we have the very exciting news that legendary Chicago band Cap’n Jazz have announced some reunion dates. Originally active in the mids 90s, Cap’n Jazz was the world’s first glimpse into the musical world of the Kinsella brothers and their cohorts, who have gone on to play in many, many, many bands. The most notable of these include American Football, Joan Of Arc and Owls, to name only three. Original guitarist Davey von Bohlen left in order to form The Promise Ring. So that’s four great bands out of one equally great band. Should you be interested - and you should be - a full list can be found here but I digress. Rumour of the Cap’n Jazz reunion spread in the lead up to the release show for the latest Joan Of Arc lp, Don’t Mind Control, which featured performances from a number of Joan Of Arc alumni bands. Referred to only as “Local Cover Band”, Cap’n Jazz played four songs. This is ‘Oh, Messy Life’:

Of all the rumour and speculation surrounding the length of the reunion, including the possibility of a handful of European dates, only two things are for sure. Firstly, that two more dates have been announced in Chicago, and secondly, that Jade Tree have announced plans to reissue the Cap’n Jazz anthology on vinyl. Full details can be found here

Speaking of reissues, and also of classic Chicago bands, Polyvinyl Records have announced plans to reissue the majority of Braid's back catalogue on vinyl. Classic album Frame And Canvas was reissued a couple of years back but getting the reissue treatment this time around are the frankly not that good debut album Frankie Welfare Boy Aged 5, the almost lost classic Age Of Octeen, Movie Music Volume One, which compiles all of Braid’s single releases, and Movie Music Volume Two which pulls together all of Braid’s compilation appearances (there are a lot). Also being reissued is the I’m Afraid Of Everything 7”. Most of the records have been remastered and come with new art and liner notes. Now you can sing along to until your emo loving heart is content, and find out how many takes it took for Chris Broach to record his trademark “Yeah!”

Last year saw San Diego hardcore band Unbroken play a handful of reunion shows in the states, along with fellow San Diego band Swing Kids. Despite claiming that these were a one-off, Unbroken have decided to grace the UK with their edge breaking presence, scheduling a single show at London’s ULU for October 16th. Unfortunately it seems they won’t be bringing Swing Kids with them. Still, dudes with pompadours and Morrissey fixations are pumped. Whilst we’re on the subject of hardcore reunions, Voorhees are reuniting for a gig in Leeds on 24th April at Joesph’s Well. This will also be the final show for both Braindead and Nowhere Fast. Also playing their last show this spring are London’s Dirty Money. May 29th will be your last opportunity to circle pit. Dudes in cameo shorts and New Era baseball caps are bummed. Finally, Sunny Day Real Estate have announced a second slew of reunion shows, following on from their first set of reunion shows way back in 1999. However, this time Sunny Day Real Estate will finally make it across the pond, playing a one-off date at the Forum in London on April 22nd. Judging by this interview, it looks like Sunny Day might be around for a while longer.

As this column is turning into a ‘reunions and reissues’ thing, I’ll leave you with some new music. Well Wisher are a 5 piece from Manchester. Seemingly taking their cues from the jangly, angular emo of Chicago heavyweights Cap’n Jazz and The Promise Ring, Well Wisher also recall Bob Tilton at their quietest, with spidery guitar lines and strained vocals. It’s a classic emo mix. Plus they have a song called ‘Get Yer Tops Off!’ Some of the songs on their MySpace will be appearing on a self-released 7” in the near future, so look out for that. We’ll finish with a video from their first gig, which was in a basement. Talk about DIY.

The Rings of Saturn on Your Fingers: ...