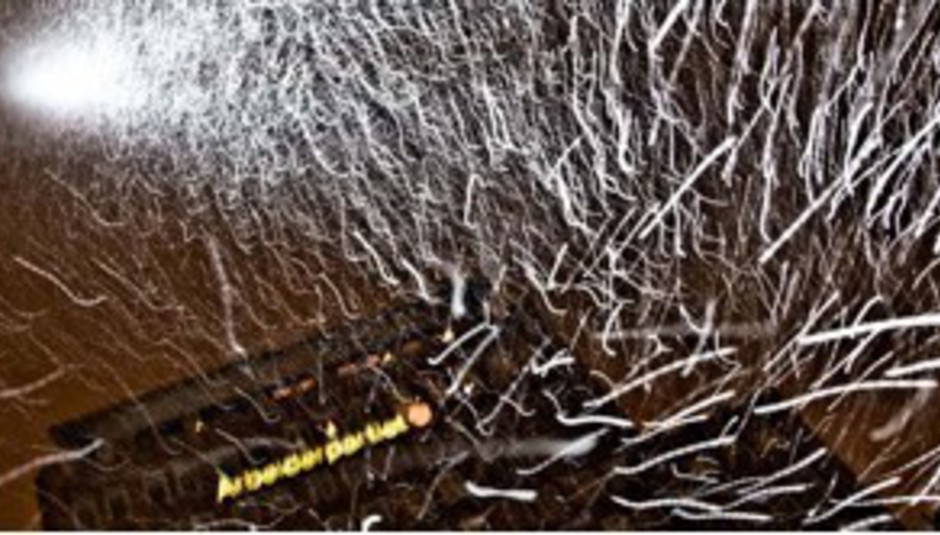 With temperatures diving to -19°C, constant snowfall and prohibitive alcohol prices, this wasn’t the most welcoming of settings for by:Larm 2010, Scandinavia’s premiere music showcase. Nevertheless, this was a small price to pay for a large injection of emerging local talent that took part in this exceptionally well-organised event held in the Norwegian capital. DiS froze along with the rest of the unaccustomed international delegates, dragged itself around the 28 scattered venues in difficult weather conditions in order separate the wheat from the chaff and bring you the five hottest tips from this year’s festival. Until now, non-metal bands from Finland went largely unnoticed. This year’s by:Larm appearances suggest that 2010 undoubtedly belongs to the Finns. Enter the alien and eerie world of Murmansk. Borrowing their name from the cold and isolated Russian outpost, this Helsinki–based foursome invited the selected few present at Rockefeller Annex on Friday night to an intense and passionate sonic experience. Hidden behind a thick veil of smoke and large amounts of distortion their compositions proved to be incredibly well-arranged and flawlessly executed. Their bass-driven sound consisted of countless melodic layers and dynamic changes creating lunar soundscapes infused with urgency and aggression, while their gripping lower-key passages were washed away in gloom and melancholy. Their aloof and enchanting singer is tiny in size but possessed a considerable vocal range. Brothers Markus and Mikko Joensuu managed to track down another guy with the same surname called Risto Joensuu and formed a band cunningly named Joensuu 1685 (the number has apparently got some family tree references). Their farfisa organs haunted Stratos, a venue on the 12th floor of a building with a creepy view over snow-beaten Oslo. The trio were super tight, generating vintage noise and achieving a remarkably full sound, while their airy take on Bruce Springsteen’s ‘I’m On Fire’ was simply genius. Mikko’s pristine vocals were compelling and meditative - almost cathartic – and their generous feedback psychedelic loops resulted in a dazzling performance. Cheerful fanatics Rubik gave by far the liveliest and most fun performance of the weekend at John Dee on Saturday. Having eight vivacious folks on stage who screamed and jumped up and down for half an hour made for very good entertainment indeed. With a brass section in their arsenal, complete with tambourines and glockenspiels, they burst into infectious melodies and released a great deal of energy. They made everybody in the room dance too! Comparisons range from the Flaming Lips to Animal Collective - with an added Finnish twist. As with regards to the non-Finnish contingent, a special mention should be given to Bergen trio Kathinka. The plain instrumentation left enough space for their stunning singer Annette - dressed in red with a gemstone voice – to shine through. Torn between teenage angst and a lurking grown-up mindfulness, their music was full of powerful climaxes juxtaposed with bittersweet and nostalgic facets. For A Minor Reflection

Energetic Icelandic hopefuls For A Minor Reflection unfolded a commanding set in John Dee on the Saturday night. It was all about expanding circular structures and captivating dynamic variations. Post-rock being notoriously introvert, these guys wear their hearts on their sleeves.