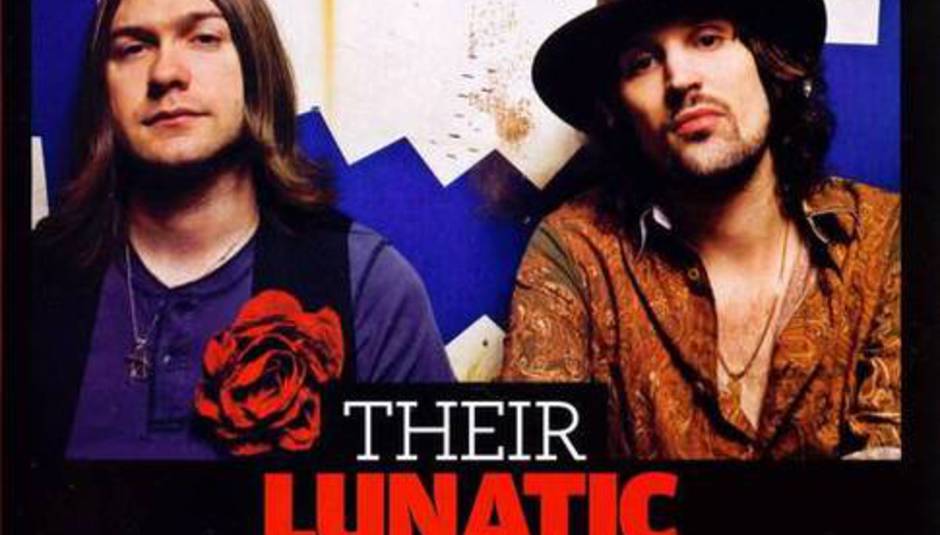 The Insider: This column is exclusive to Drowned In Sound

The Insider: This column is exclusive to Drowned In Sound

As if artists and artist managers weren’t contending with enough already with 360 deals being pushed and record companies taking to dropping supposed 'albums artists' prior to their second single, the media are now adding to this fractured and fractious landscape with an increasing desire for exclusivity from artists in relation to their coverage, topped by the cherry of multi-platform coverage demands. Thus a relatively new and championed artist can find themselves in the position that a few have reported to The Insider recently of being told that they must avoid title X to gain coverage in title Y.

Exclusivity in and of itself does, of course, make perfect sense in some situations. A magazine or radio station or tv show is hardly likely to cover an act if their direct competitors are given the same content to run the day prior or the same day. This is a landscape that, to some extent, everyone in the music industry is happy to cope with but the prevalence of extreme exclusivity demands in the past year or so is both mutating that original landscape into parody and harming both the artists and the very media that make such demands.

Thus stories now circulate of print titles precluding other print titles from featuring an act should that act also appear in a competitor in the same week or month. This isn’t just about cover features where you could see a certain hesitance on the part of a publication to devote what is their prime advertising space to something their competitors also have looking out from the newsstands but goes down to new band features and, in one case that may or may not be apocryphal, a news story. This has now been taken further in the last few years where I (and many others) have had conversations regarding titles / stations / websites taking ‘ownership’ of an act. I feel almost to be stating the obvious to say this is a bad thing but many of you may well be unaware of just how nefarious and all encompassing this attitude has now become. When smaller acts are being essentially signed into media deals minus the paperwork both the artist and the media outlet lose for a variety of reasons.

The first of these is that acts are clearly being championed to levels that are beyond their abilities (or indeed sensible in relation to their artistic progress) by media that have invested their brand into the act. Thus the older model of an act coming through a variety of media at a slower pace, being discovered by the public in a more organic way, are increasingly a thing of the past. Removing the approach of hyper marketing from the equation, even the likes of the uber pop ranks from Spice Girls to Duffy have worked on the basis that they are gradually everywhere. Of course, the likes of Animal Collective travel this path at tortoise pace in relation to the pop cognoscenti but the theory, whatever the time frame, is the same. ‘Wannabe’ may well have originally started it and its creators path to world domination via heavy rotation on The Box but that didn’t preclude it or them from taking all the media opportunities that flowed from that exposure. Furthermore, The Box profited immensely by becoming known as the first people to push the band, therefore making them instantly desirable to record companies and the public alike for a time.

What essentially happens in these newly negotiated situations is that the artist representatives, faced with the options of picking media to ‘go with’ then reason that, given the opportunities that they are forced to forego, must maximise the opportunities that they elect to take. That then forces a bargaining situation where the media and the artist end up compromising both their positions in order to gain something tangible from the relationship. So, page becomes two pages, feature becomes cover, 8 becomes 9 out of 10 and, from the opposite side, a day with the artist becomes a weekend, an interview becomes that plus radio session and tv session or interview or sponsored show. The end result? A mass of content that is not actually needed or, with very much of the vast majority of new acts, worthwhile, as they have essentially very little to say (or in some cases play). The juggling that goes on in these multi-platform deals to work out whether losing x thousand viewers for a video exclusive is ok given that you gain on the cover of the title, or going with the evening show for the session versus the first play of the single in the morning or afternoon is ridiculous. None of the multi-platform options can claim to be the best at what they do in all fields or have the best reach so the artist is immediately compromised somewhere in the mix.

The second is that the internet really should have reversed this process. The concept of anyone being able to access theoretically anything should have removed the idea of exclusivity from the table. However, in classic music industry fashion, the biz has elected to co-opt the internet into the party rather than brave a new world where the artist stands on public opinion in addition to the usual media coverage and marketing. Thus we have timed exclusives of videos ‘cross platform’, the same old throw a load of shit at the wall and see what sticks approach that may have served Britpop well but hardly seems appropriate to the diffuse landscape which now confronts us. This really started with MySpace, where the amount of friends a band had was a useful indicator of their progress until the labels started messing with the numbers, employing street teams and inverting the whole radical and honest concept of the original. Again, the fan is cut out of the process or mercilessly targeted to give up their soul to the act (or at least a huge chunk of their time).

The third factor, and possibly the most nefarious for me, is that brokering exclusive deals with acts removes the need for the media end to actually invest any thought in the coverage. One of the most signal developments in music media in the last few years has been a marked and noticeable decline in the quality of journalism across the board. This is not about single titles, stations or shows, this is about all of them, with the very odd exception. The securing of the act has become more important than the coverage of that act once they are secured. In this respect there is an element of comparison with the Premier League, the biggest players (real or perceived) buying the biggest acts and the most promising new acts to ensure that the opposition cannot get to them. They may sit on the bench for the rest of their career until they are shuffled off to a minor label or to oblivion but, hey, at least they didn’t add to X’s market share. It does happen, far be it from me to point fingers but every year certain acts receive huge deals to ensure that other labels don’t get them. A kind of spread betting. Whilst this has been going on with labels for years and is, to some extent, understandable in what is, to all intents and purposes a betting market, the spread of this to the media, and indeed to media that are supposed to cover acts because they like them, is another step on the downward spiral to hell.

This situation, whilst a creation of the entertainment media, is undoubtedly becoming something of a double edged sword for those who participate. How can editorial independence survive a marketing led strategy? We call all think of examples of titles, stations and websites that have shot acts down only to then put them on a stage with their brand prominently in view and we can also all think of acts that have been relentlessly championed by media outlets only to fail miserably when the general public get involved. To take a very early example of this media approach to fixing the market, Melody Maker’s intent to recreate the new romantic scene left a string of completely empty venues for the likes of Dex Dexter, Orlando and some others I fail to remember (it was the early Nineties) to ‘convert’. Furthermore, can you be surprised that an act like Franz Ferdinand, relentlessly championed by the NME across their awards and tours are less than pleased to not make the albums of the decade when, for a good few of those years, they were a primary driver in sales of magazines and tickets for the title? Can we really expect management companies, artists and labels to sign up to these deals when there is always the thorny problem that at any point the media organisation can call ‘editorial independence’, swing a handbrake turn and go from love to hate in sixty seconds. Then again, can the artists do it with a media blackout from certain quarters, as is the threat reported to me a few times of late from certain titles and organisations?

It is interesting to note that acts can still develop outside of this spectrum. The XX are a good example at the current time, an act whose steady progress has now seen them break through into mainstream coverage some time after their album release having built into that position across the media. Predictably, both the music industry and the media are loud in their praise of the band’s way of doing things whilst making it more difficult than ever for an act and those around them to create such a situation for their acts. It seems we know what we really like for our non pop artists but we can’t deliver it in the majority of cases by our very collective actions.

The preponderance of such deals and the inflated value that it gives to certain acts both reduces the amount of publicity opportunities for a greater variety of acts and also reduces the viability and vigour of the UK music media as a whole. It negates the voice of the media organisation involved as truthful by opening the ever present possibility that coverage is not based on pure motives but is tied up with a tour or a special show or a tv exclusive or a first radio session. It is worth noting that a title like Stool Pigeon continues to increase both its reach and its importance within the music industry by doing precisely none of these things whilst the former big daddy of print, Q, now has Mojo in front of it (and The Fly in front of them), Pixie Lott doing a Q gig and many of my contacts within the industry open mouthed at what this represents for the title and how it can seriously claim to be the magazine of record for music whilst dipping its toes in such murky marketing led waters.

As with many things in the modern industry, the hardest path is once again the best but, in the mistaken belief that first and exclusive equals best, too many media outlets are taking on the role of music marketers and forgetting their role as music arbiters, leaving a duller, flatter and less creative landscape in their wake.