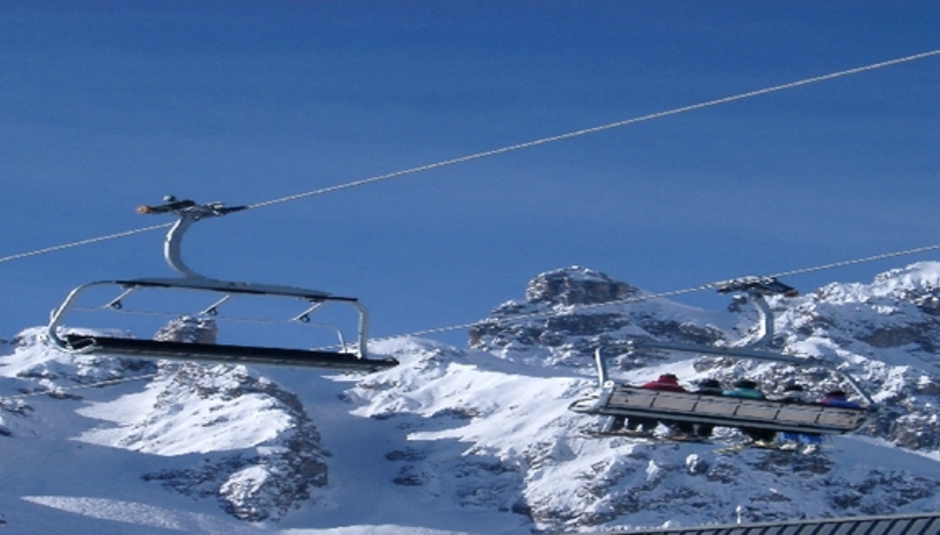 As well as rounding up the best electronic releases from recent weeks, AD011 sees the inaugural edition in an occasional series: the Armchair Dancefloor mix 001. I'm very pleased to announce that the first person to step up to the decks is Bristol's Julio Bashmore, who's been rapidly building on the reputation he first whipped up after sticking some of his own, uniformly excellent tracks on dubstepforum. Patrolling the fertile territory between dubstep-inflected beats, UK funky and more traditional house styles, I think you're going to enjoy what he's done here. You can download direct from the widget below at 128kbp/s, or click through to SoundCloud to grab it at 192.

Zomby - One Foot Ahead of the Other EP (Ramp)

Having become the poster boy for forward-thinking dubstep following a string of superlative releases in 2008, in particular his year-end Hyperdub EP, Zomby's hugely anticipated follow-up demonstrates, gloriously, that his creativity is a restless one, and all thoughts of neatly filing away the 'Zomby sound' should be put on hold for a while longer. The most pleasurable aspect of this new EP, which draws almost exclusively from the 8-bit sound palette, is that it refuses to adhere to the euphoric/menacing binary that attaches to almost all chipcore compositions.

Instead of conforming these pieces are, almost to a one, splendidly isolated. It's tempting to think of them as miniature (few of the nine tracks here hang around longer than three minutes) organisms that have been discovered rather than tracks created with things as mundane as fingers, keyboards and processors. They certainly seem to comprise an evolutionary mixture of elements. 'One Foot Ahead of the Other', the constituent parts of which are by turns fleet-footed and ponderous, is as propelled by this tension as it is by the crisp 2-step that scuds beneath it.

'Helter Skelter' shares a central riff with 'Kaliko' (from the Hyperdub EP), but this is a bare-bones rendition of the same. Those hanging out for more textured fare should turn to 'Godzilla', the beautiful, rapid, harp-like synth patterns of which are bedded into swooning pads. 'Expert Tuition', the longest track here at 4:17, is also possessed of a fuller body than many of the surrounding tracks, its garagey beats flicking themselves between fuller low-end synths and a profusion of tinny, trebly note patterns. Even when the sound is flat and ultra-processed, however, as on 'Bubble Bobble', Zomby holds the listener captivated. It's fair to say that some of these thrills might be more academic than visceral, but that doesn't make them any less real (listen).

Omar S and Sleeparchive were two of the names in the frame when the Hauntologists' debut brace of EPs first received limited vinyl releases (in December '08 and June '09, respectively). Now that they're being released into the bitstream the producers have outed themselves as To Rococo Rot member Stefan Schneider and Jay Ahern, aka Add Noise, said unmasking needless causing scenes of mass hysteria on the streets of most major European capitals and the asking of at least one pointed question in the House. Well, perhaps not quite, but at least we can now identify the composers of two of the best minimal techno releases of the year (if we pretend December '08 was, in fact, this year).

Working with a stripped back analogue sound, EP 1 (listen) consists of four lengthy variations on a theme. 'A1' makes much of the subtle interplay between creaking bass, barely-there chimes and gentle acidic bleeps. The melody slowly unfurls into a funky house jam reminiscent of a more austere, abstract take on Jaydee's 'Plastic Dreams'. 'A2' retains this unexpectedly funky element, introducing buzzing synth lines and subtly downplayed but insistent cowbells into the mix, while 'B1' begins as pleasantly melodic and ends devastatingly beautiful without seeming to change at any point in between.

As with Basic Channel there's a strong feeling of close, cloudy weather about these tracks, surface noise giving just that hint of rainfall's gentle white noise. EP 2 (listen) suggests that Hauntologists are only getting better. From the vibes melody that clambers around above the subtly progressing beat of 'A2' to the field recording digressions and hypnotic melodiousness of 'B1' and 'B2', this is techno music for home, club, feet and head.

This is a busy time for Sasu Ripatti, aka Vladislav Delay, aka Luomo, and now member of the Moritz von Oswald Trio. He doesn't appear to have let a hectic schedule affect his quality control, however: Tummaa ranks alongside his best work. While the found-sound clicks and creaks and spattered percussive stabs of these tracks may seem arbitrary at first, you don't have to be aware of Ripatti's jazz-drumming background and exquisite sense of tempo to discern that these are in fact precision tooled constructions. As the first track, 'Melankolia', moves away from Craig Armstrong's explicitly emotional piano and moves into more implicit, abstracted territory, the beats begin to spurt across from left and right with punishing accuracy.

These kind of events - unexpected, destabilising, powerfully affecting - characterise this extraordinary album. They're there on 'Kuula (Kiitos)', which shreds your heartstrings before turning its attention to your guts, and another lies in wait at the very beginning of 'Mustelmia', its brass riff recorded in such a way as to make you feel that you're inside the horn itself.

By the time the album's remarkable final trio of tracks, and in particular 'Tummaa' itself, rolls around, what's come before has sown the seed for their long, freeform shapes to have maximum effect. Now every stuttering percussive hit and background clank resonates; is in fact very nearly anticipated (listen). Matias Aguayo's Cómeme ('eat me') label is, as you might expect from the man who produced the genre-baiting 'Minimal', more concerned with fuelling the party than kow-towing to the stylistic demands of any particular scene. That's not to say the label pumps out 'unpretentious' (reviewer-speak for 'cheesy, but I like it') or novelty dance tracks, though. Take Mexico's Rebolledo, who used to produce tracks for the Buenos Aires editions of Aguayo's Bumbumbox street parties: compelling and party-starting as his music may be, there's nothing slick or even happy about it. In fact, in the case of Marchante it's punishingly raw, a chanted vocal barking over a crude and queasily distorted breakbeat. If you were trying to find your way out of a labyrinthine house party while on the cusp of vomiting this would actually be the last track on earth you'd want to be playing.

On 'Guerrero' a Japanese male grunts and exhorts over a rudimentary acid pattern that takes a devilishly long time to break out the bass drum. 'Venganza Y Seducción' similarly finds virtue in withholding, it's dubbed out exhalations and percussive scats layered and spun around a buzzing guitar line and thick blocks of bass. Throughout its length a menacing synth line hovers further back in the mix like a gunship. Raid A La Joya completes the superb quartet, its busy percussion, thickly humming synths and latter hoover developments imparting an almost malicious sense of disorientation (listen). Following on from the wonderful Surma EP (see AD008), Berlin-based Brit Tommy Four Seven takes the bouncy pop-grime of Man like Me, strips out everything even vaguely recognisable and replaces it with two cuts of blistering techno. One version (the 'Berlin Vex Mix') features the occasional triggering of vocal samples, widening out the area above the oppressive, muscular rhythm into some sort of vaulted space, while the other just pummels away with glorious remorselessness (listen).

To my untrained ears this could have been a remix of Pete Seeger's 'Where Have All the Flowers Gone' for all it has in common with the source material, putting in mind of the mid-90s period when Aphex Twin would by all accounts get commissioned to remix something or other, fetch down something from his vast library of unreleased tracks and DHL it to the happy customer. More innocent times.

Neil Landstrumm's switch from straight-up techno to newer, more bass-informed styles since signing to Planet Mu in 2007 continues apace on Bambaataa Eats His Breakfast, the soundfield of which is a riot of luridly blooming 8-bit Technocolor. Opener 'The Coconut Kestrel' bounces great sheets of major and minor progressions off one another with palpable glee, this euphoric wave continuing on through 'Eva' before breaking against the more paranoiac, nauseous manoeuvres of'How Do You Feel?'

Those two poles - unbounded joy and creeping unease - are what most 8-bit productions (Zomby's aforementioned EP notwithstanding) seem to attach themselves, and Landstrumm's latest doesn't deviate from that somewhat dog-eared blueprint. Essentially unambitious as it is, though, Bambaataa... still contains much to celebrate. Some might wish Profisee's mic had been unplugged during the recording of 'Say 'N Do', but the crystalline plates of sound that slide around his vocal are beautiful things indeed; SK1-The Damager contains enough twists and turns to keep the most restless listener intrigued; the piano coda of '6 At Le Mans', meanwhile, dotted with tracks of acidic microtones, is all the more effecting for arriving at the end of a grinding, unsettled spell of noisecore (listen).

Guadalajaran techno veteran Luis Flores's 'Dain Brammage' is a solid peak-time tweaker, but it's the remixes that steal the show. Drumcell & Audio Injection, doyens of the LA warehouse scene, turn in a remix that would, well, make an LA warehouse go off, while UK producer Material Object preserves the tough directness of the track while weaving some interesting sounds into the background, including what sound like chance interceptions of radio broadcasts (listen).

Kenneth James Gibson, who records as [a]ppendics.shuffle, Reverse Commuter, Dubloner, Premature Wig and Bell Gardens, might be the most prolific LA producer you've never heard of. On 'Animals' he enlists Kelly Johnston to camp it up with a vocal about being 'boom-booming like insane animals tonight' (I guess that's a sexier concept in a country that hasn't been riddled by bovine spongiform encephalopathy) over a dense, detailed house tech-house groove. Unpretentious (see the Rebolledo review above) and a whole lot of fun (listen).

'Hurt' hasn't lost any of its insidious power since providing the standout moment on Conrad Black's excellent Watergate 03 mix (reviewed in AD006). Dear's vocal oozes over Trawler’s oscillating bassline, the track's scathing hi-hats, minimal production and overt sexuality casting an eye back to when Junior Vasquez was ruling the roost in the Sound Factory (listen).

when he's not moving house he tweets here