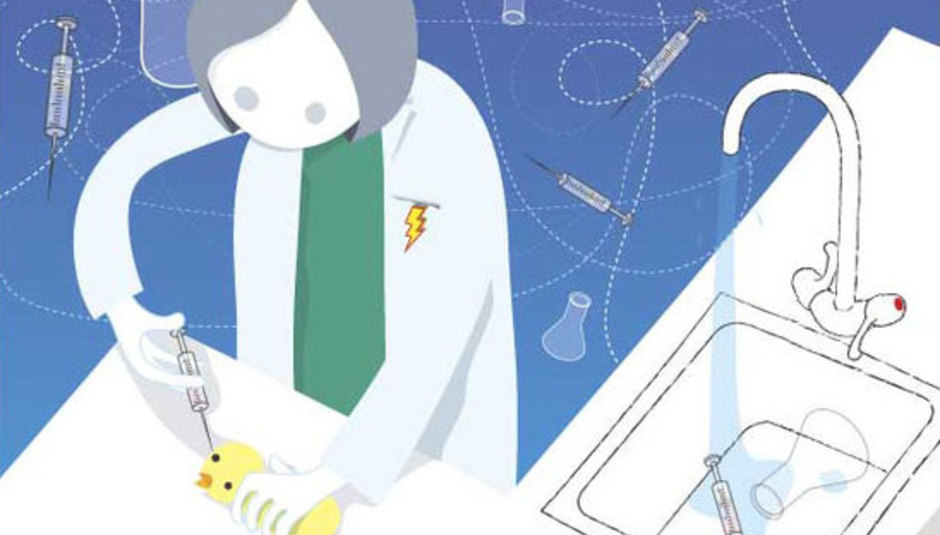 The last issues of Plan B Magazine finally departed from shelves at the end of July. kicking k, former section editor and staff writer, spoke to himself about it...

There was a lot (not enough) written online about Plan B’s sad finale, but little of that came from the day-to-day editorial team at the close. What don’t people realise about Plan B Magazine 2004-2009?

People ran covetous eyes across the quality of the final product and assumed we had rather more money, or resources, or staff, than we did. There were no corporate backers, no sponsorship deals. Most involved worked for free – without the various talents of the contributors, the magazine wouldn’t have had its character. And without their goodwill, it wouldn’t have existed at all. Even us office staff were mostly part-time. Likewise, the grand-sounding 156-158 Grays Inn Road address was actually wedged in the inner corner of what used to be a bus garage – a lightless cuboid that could pass for a down-heel taxi establishment. Richard Fearless’ Contino Rooms studio lay beneath, playing lair to some MORish band who rehearsed the same two songs almost every day for three long years with leathery gravitas. In summation, it was pretty sincerely DIY and entirely repeatable.

OK, context set and point made – any further misunderstandings you want to address re: the many gratefully-received, oft-bookmarked tributes clogging blogs and boards in those blue days after?

It’s been widely repeated that the reason Plan B ceased when it did was a lack of advertising from indie labels, themselves reeling from their own sales slumps. This is the unhappy ending, but not the whole story arc – had we been selling more issues, there would have been a buffer, we may have been able to ride out the drought. I think it’s important could-be readers realise that – if there’s a magazine out there you still plan on reading month after month, brace yourself and buy it – every edition of Plan B, surveys say, was read by four people. If each of those had bought their own, it’d still be here. You do have an input. This wasn’t inevitable.

Hit me with a seemingly tangential, but eventually related and troubling anecdote.

Me and Ringo P Stacey, on the train to help void and disinfect the office, arguing somewhere between Brighton and Farringdon. I’d thought aloud: maybe readers aren’t as interested in the musicians behind the music any more, don’t need interviews. He countered that they get that information from artistes and outfits’ own blogs, web-friendly Q+As – that what there seems to be a waning desire for is the commentary or gloss provided by a journalist. It took me until right now, writing this sentence, to admit he may be correct. Possibly.

Doomy. What was so fucking special about Plan B anyway?

For fucking starters, I think we were consistently pretty successful in avoiding the tokenism so prevalent in similar magazines – the traditional handful of guitar boy bands plus single hip-hop, electronic, or, indeed, ‘female’. And the fact that a lot of our contributors were irregulars – artists, musicians or misfits whose ambitions didn’t lie within music journalism at all – meant this pluralism of content was matched and channelled by an accompanying range of approaches, sincerely classic to self-consciously experimental. I suppose I should mention that roughly half the contributors were women, which is only a story when you see how male-bound many or most other titles still mysteriously are.

Occasionally, we’d face the accusation that Plan B was just a deluxe zine. Yup. And – for five years – we proved that you can take the playful strengths of the zine form and survive in the commercial world (no one got rich, no one cared). We encouraged our writers to respond to music in their own character, using whatever means they felt best. The vast bulk of anymedia affects a middlebrow objectivity befitting self-conferred expert status. We always thought the only honest way to approach value judgement was to admit it was one person’s opinion. We didn’t put ourselves into the story because we’re egomaniacs – we did it ‘cause it felt like omitting that all too human frame was itself withholding information.

Additionally, latterly, there’s been a trend to accuse us of being careless hipsters. Nothing could fit less. Whatever our faults, nihilism or thinking too little were not among them. And, for all the bands we featured first (see below), there was a vast swathe of acts cresting fashion that we ignored entire. Print offers limited space, and we chose to give most of that to stuff we rated (without numbers) because endless sniping or opportunist cover story cash-ins never appealed. Plan B was always neurotic, sometimes phantasmagoric, perrrhaps indier-than-thou in our bid to be progressive and eclectic – but it was always all for love. If you’re unable to believe me, the problem may be with you.

That was…comprehensive. Hey, let’s detour a second and consider a chronological list of all the bands Plan B gave their first cover to.

Since you seem so keen to buff up their sainthood, what’s happened to the contributors since?

They write comics about pop music. They edit art books about touring. They stage exhibitions. They’ve joined the political press. They’re studying for PhDs in esoteric fields. They’re making music themselves. They, um, write for other magazines, or newspapers or websites. Least credibly, some have made entirely separate people inside their own bodies. I really believe there’s a lot more to watch for, that the next best hope is for these and others to spore outside our niche.

What about you? Exciting times? Please answer with yr five most telling Twitter updates from the release of the final issue until now…

Yeah, I know. I’ve also managed to write double my word count without mentioning most of the larger issues I was going to bang on at. Lots of hot notes on stuff like ‘The Death Of The Audience’ and how the way people ‘see music’ (you know what I mean) is changing. Why I believe print isn’t dead. Plus a mini-essay on the word ‘monetise’. More for the future, I guess.