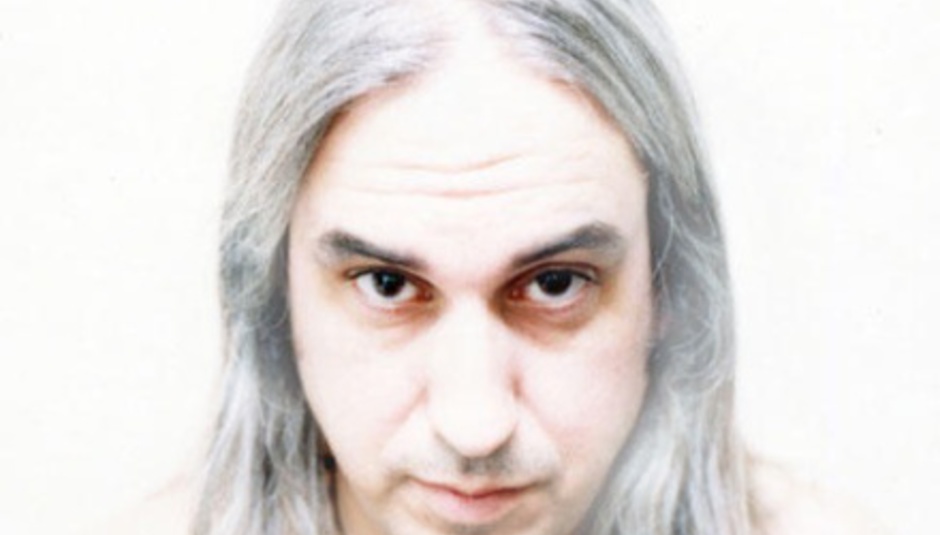 The reformation of Dinosaur Jr in 2005, eight years after the band had last released an album and 16 after the original lineup (J Mascis, Lou Barlow and Murph) broke up, was cause to celebrate for anyone who liked their indie rock punctuated with regular bursts of guitar shredding ecstasy. When the reunion bore its first recorded fruit, 2007's Beyond, it was like the intervening years since their 1987 masterpiece You're Living All Over Me had barely happened. Global peace broke out, the streets rang with cheers and all lesser bands realised the jig was up and did away with themselves.

Well, not quite. But a lot of people were reminded, or made aware for the first time, of what a great band Dinosaur Jr had been, and now were again. This month sees the release of the follow up, Farm, and we tracked down the band's infamously laconic frontman and general indie rock deity J Mascis to a west London hotel lobby in an attempt to ask some questions that might garner more than a shrug in response. We were partially successful.

DiS: Hi J, how are you feeling?

DiS: I'm going to kick things off with a very important question from one of our readers. Have you played 'Feel the Pain' on Guitar Hero?

DiS: What was your score, can you remember?

DiS: Beyond and Farm are such strong records. Do you ever wonder what might have been if the original Dinosaur Jr lineup had always stayed together?

DiS: Do you and Lou Barlow ever write songs together?

J: No, separate. I've helped with his songs, but he's never... I've never let him do anything to my songs.

DiS: Is songwriting a solitary activity for you?

DiS: Is it something you find easy to do? Are you always writing, or does your inspiration come in bursts?

J: [shrugs] It's more like... you sit there with a guitar and hope something comes.

DiS: I heard Thurston Moore say that when he recorded [his solo album] Trees Outside the Academy at your home studio you were always wandering around the house with a guitar strapped to you, even when you were opening mail or making breakfast. Is that true?

J: [laughs] It's a bit exaggerated.

DiS: How do you feel with being seen as an elder statesman of the indie rock scene?

DiS: Do you still see yourself as an indie musician?

J: I guess I still feel pretty 'indie'. That's what we were into growing up. We never had any aspirations beyond being that. Not that the term 'indie rock' had been coined at the time. But the kind of bands we liked were all on small labels that sold through the mail.

DiS: When you started out you had post-punk outfits like Black Flag in the States, while in the UK the indie scene was dominated by the more whimsical, Postcard Recordings-influenced kind of sound. Did you feel you were swimming against the current by writing songs with loud rock guitar solos?

J: Yeah. It was our whole attitude people were against [laughs]. The hardcore scene hated us, too.

DiS: Did you feel you sort of fell between the two styles?

DiS: What have been the highest and lowest points of your career?

J: [shrugs] The same thing, actually: playing with Tony Bennett on his Unplugged show was the highest point, and when they cut me out of the broadcasted show, that was the lowest point.

DiS: What song did you play on?

J: 'St. James Infirmary'. They cut it cos...the show was an hour and a half long and they thought the MTV audience couldn't handle that much of Tony Bennett, so they cut it down.

DiS: Beyond and Farm were both recorded at your home studio. When did you build it?

J: I built one in the late Nineties. Then it burned down, the studio and my house, so I moved. I got a new house and now the studio's on the third floor, at the top of the house. There's a skylight. The skylight is cool.

DiS: Is the skylight made of soundproofed glass?

DiS: Maybe they're fans of yours.

J: Nah. They just hated the last people who lived there, so they like us by comparison.

DiS: Will we be hearing more of [heavy metal side-project] Witch at some point?

J: Yeah, I'd like to do more. They just need to come up with some more songs.

DiS: You don't do any writing for them?

J: Actually I think the only new song we have now is a song that I wrote part of.

DiS: Do you enjoy being the drummer in Witch?

DiS: You don't have to supress an urge to creep off the riser and grab the guitar?

DiS: Has Murph given you any tips?

DiS: Are you any good at taking instruction, or do you think you know best?

DiS: Will the Fog re-emerge?

J: Yeah, I think we have some gigs planned in December. Lou's having another baby so My Bloody Valentine are doing an ATP and Dinosaur can't play, so the Fog'll play.

DiS: You might have this slacker image but you're prolific. Do you find the disparity of that funny or strange?

J: Yeah. I mean, I definitely have a lazy element, too, but I'm somehow driven to do stuff.

DiS: Is there any chance, beyond the one-song performance at a 2004 Sonic Youth gig in Northampton, MA, that [J and Lou Barlow's first band] Deep Wound will ever reunite?

DiS: One of our readers wanted to know, did Larry Lifeless ever beat you up when you played with Upsidedown Cross?

DiS: Are you happiest playing live or working in the studio?

J: [shrugs] Live, I guess. I like recording, but it can be a bit stressful.

DiS: Do you ever suffer from writer's block?

J: [shrugs] I guess it's more like periods when you come up with bad stuff, rather than no stuff.

DiS: Do you think your own internal sense of quality control is pretty good?

DiS: You have a very relaxed vocal style but if you listen to the lyrics there's a lot there about uncertainty, doubt, pain. Do you write about things you've personally experienced, or are you empathising with stuff you see going on around you?

J: They can be about anything. But it's interesting, a lot of people would never think about that, that you can write something in the third person and that it's not totally personal. Everyone's always saying, "Oh, this song must be about...you..." But yeah, I definitely do write a lot of stuff in the third person.

DiS: How did your collaboration with Jeffrey Lewis [on 'Em Are I track 'Good Old Pig, Gone to Avalon'] come about?

J: We have the same manager. He said "you wanna play on this song? The band thinks Jeff's solo sucks." I listened to it, I thought it was not bad. I just played something else.

DiS: How did Jeffrey take that?

J: I don't talk to him about it. I haven't seen him since. It's on the album [laughs], so I guess it passed some sort of quality control.

DiS: Do you remember being on the Clothes Show in the early Nineties talking about grunge fashion?

DiS: It was amazing to me at the time, seeing one of 'my' bands on a primetime BBC show. Despite being at one remove from it you were swept up in the grunge explosion. Was that the closest you've come to the mainstream?

DiS: When Nirvana exploded I can't imagine how it felt for you and fellow grunge forerunners like Pixies and Mudhoney. It was a seismic shift. Did you worry that people might get into the scene for the wrong reasons?

J: [shrugs] I'm not much of a scene guy [laughs]. I remember when I was in Deep Wound all these people were like, "Let's have a western Mass. hardcore scene meeting!" And they'd be like [adopts nasal whine] "Why weren't you at the scene meeting?" [laughs]. And I'd say, "Well, to me it seems like a bunch of ugly, unpopular people trying to find friends through punk rock, and I don't wanna be a part of it."

DiS: Surely that's what you're in a rock band to avoid, right? Having to attend meetings.

J: Yeah. [Adopts pompous voice]"I won't be attending this meeting..." But Nirvana, that was great...for a time. It seemed like they should be huge, and then they got huge, and for that moment something seemed to make sense.

DiS: Were you conscious of Dinosaur's sound being an influence on Nirvana, or on other bands that were part of the grunge explosion?

DiS: But you accept that your success changed things and made that later, larger success possible?

J: [shrugs] I suppose. I just know that we've influenced people if people tell me they've been influenced by us. That's the only way that I know. You can't hear it, or anything. You never know what effect you have on people.

DiS: How was it playing with the Stooges?

J: That was great.

DiS: Then Iggy came back and you were out.

J: Yep. It was the wrong moment to try and get in there.

DiS: Was it freaky to be playing with a band you'd been such a fan of for so long?

J: Oh yeah, it was weird. I just felt like an apprentice learning the craft of... playing in the Stooges.

DiS: I guess you already knew all the chords.

J: Yeah, I learned them to play with Mike Watt. He was really sick and he wanted to play some shows on the east coast and we played all Stooges songs.

DiS: Weren't you playing a Stooges song [at a 2001 J Mascis & the Fog gig] when Bobby Gillespie brained someone in the audience?

DiS: Why did he do that?

DiS: Have you ever dealt out violence at a show?

J: Yeah. But that seemd a bit... The punishment didn't fit the crime.

DiS: What changes have you seen effect the music industry during your career?

J: Oh, a lot. It just went from really indie labels, then it went into the whole major label scene, then the internet...

DiS: What do you think of the internet's influence? In terms of file sharing, say.

J: It is what it is. I don't... I don't have a passionate opinion about it. That's what's happened. The thing I'm glad about is that records are coming back, cos I still relate to music more through vinyl. Cds were like the big hoax; the whole cd concept was a total rip off. "All right, these things won’t scratch, they’re indestructible." And then, they turn out to be worse than records. Minidiscs didn’t scratch. Could've done something with them, maybe.

DiS: What's the greatest guitar solo of all time?

DiS: And what about a favourite from your own catalogue?

J: Oh... I can think of little bits of different ones I like. In 'Get Me' there's a good bit...[long, long pause; guests check in and out in the background]...Yeah, can't think of a whole one.

DiS: Maybe you could edit together your favourite bits.

Farm (PIAS) is out now. Dinosaur Jr return to the UK for three shows in August.

J Mascis & the Fog and Witch will both be playing at the My Bloody Valentine-curated Nightmare Before Christmas in December.