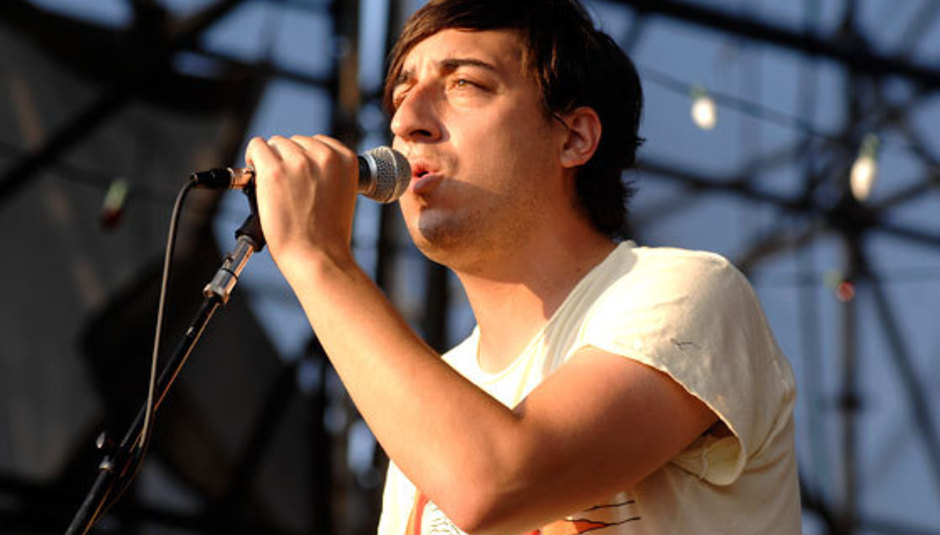 Rather than journalists interrogating these otherworldly makers of music, DiS wanted to find a way to get more than the FAQ insight from some of our favourite musicians. So, the other week, DiS launched a new feature entitled Artist 'n' Artist. It is a fairly straight forward feature where one musician meets another. Simple and hopefully effective.

For the second outing of this feature (for the first one, Catherine A.D. meets Tori Amos, click here) we asked Ed Droste from Grizzly Bear (it's Grizzly Bear week, after all) if, seeing as he's been raving about their album on Twitter for the past few weeks, whether he'd like to talk to Phoenix. The answer was a resounding 'Yes, Yes! Yes..er, really? REALLY? Are you sure? That'd be amazing!'

So a few DiS'll-fix-it emails later and it was all set-up for him to chat with Branco (aka Laurent Brancowitz) from Phoenix. The resulting discussion is a fascinating chat about song-writing, the process of recording their respective new albums, being on TV shows, Paris, and lots more.

This was recorded over Skype, which means it's slightly out of sync, and therefore has been edited everso slightly. Sadly, as you'll hear, the internet connection cut out 15mins in, so instead we asked Ed to list what it is he loves about Wolfgang Amadeus Phoenix and the band in general.

And this is it:

The circle unbroken: a guide to the w...