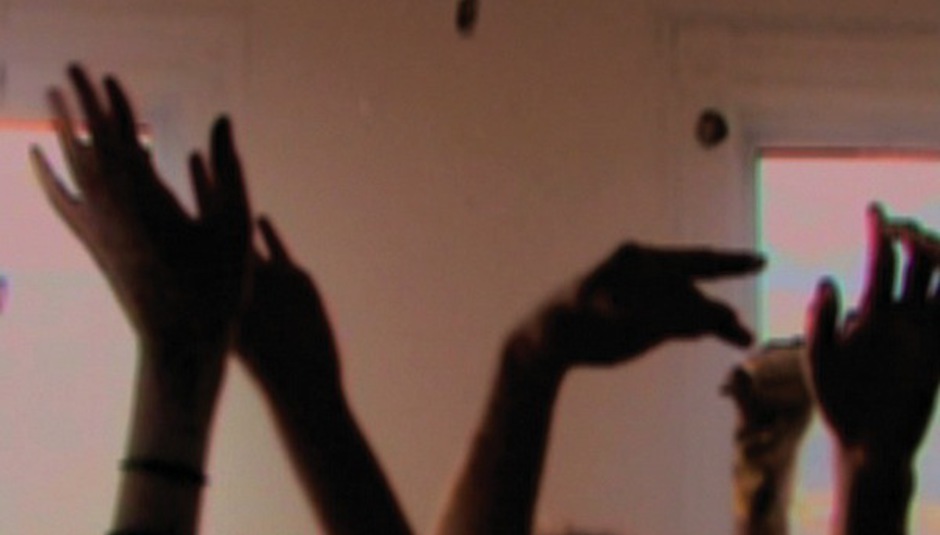 DiSsection: Chairlift Does You Inspire You track-by-track

DiSsection: Chairlift Does You Inspire You track-by-track

Caroline Polachek walks you through Chairlift's album Does You Inspire You which was recently re-released by Columbia with additional tracks and tweaks.

This is one of our first songs, so it sets the scene for the record. 'Garbage' is a dream of a magic carpet ride over a moonlit landfill in 2012, seeing all your own detritus still sitting there. In a way, the record is like that - wrappings of drastically different moments all sitting together in the same tragic, futuristic landfill.

I cut class all day to write this song in my pyjamas. 'Planet Health' is a theme song for American public school health education a la Degrassi High or TV anti-drug campaigns. Ideally it would be played in detention. It's a reply to the un-spiritual religion that groups anorexia, nutrition, abstinence, herpes, fire safety, and peer diversity all in the same category. Best of all, the textbooks and videos were all out of date, with 80s haircuts and neat-o soundtracks. 'Planet Health' is an ode to the thread that runs through all those things.

'Earwig Town' is a future world infested by invasive advertising. Chairlift arrives on horseback with cowboy hats and lassos, fresh from Planet Health. We see what's going on and get kind of freaked out in a bad way, so we fumigate all the bug tunnels with toxic glitter and split.

Being in love makes people do really silly things. Like write lyrics about frozen strawberries. We still can't believe that the song that we tried to make sound like a long-lost TV song found its way into a TV commercial. Cool.

Aaron and I went on a hike once that we each had different dreams about afterwards. Aaron dreamed of escaping the telekenetic ghost-town masquerading as New York City, and I dreamed of being on a steep wooded slope being stalked by deer that wanted to steal our eyeballs, so we hid underwater as the valley fell dark. Not sure if we drowned or not, but we stayed up all night one february to combine the two dreams in slow-mo into one song.

All big ideas start small. And everyone who actually makes big stuff happen is probably more than a little nuts.

How did the concept of private property become so universal? And the impulse so inborn? Territory is from the point of view of the behavior in its female form as it spreads its eight legs.

One of the two songs added to the re-release. I have a purple wool beret that's way too big for me, with a giant beaver fur pompom on top. My beret actually wrote this song, and I stole it. (Sorry hat, a girl's gotta make a living, and it's not like you were going to do anything with it anyway.)

'Make Your Mind Up'

I wrote this song about my friend who was trying to make a decision. I told her what i thought she should do, and she told me to fuck off and stop judging something I couldn't understand. I felt really bad, and later imagined giving her the power to freeze time for ten hours to make her mind up in peace. She could walk around all the suspended people, read their open journals, stare at them right in their blind eyes, and then life would resume as if nothing was different, except she knows what she wanted. This song is the first R&B song we've ever done, and will by no means be the last. Except it might be the last that I play live tambourine on; my right thigh is nano chromatic with tambourine bruises whenever we're on tour.

This is the other new track on the re-release of Does You Inspire You. Except it's not new 'cause Aaron started writing it ages ago. This song is about meeting a free, nomadic person whose very presence shatters your structured idea of how life should be lived, and leaves you gasping and paranoid with the fear that you've wasted a lot of time building yourself a cage. Aaron recorded the first stems of this song in colorado, and the rest were done in a church by Grizzly Bear's Chris Taylor. At midnight, we set mics in the choir loft to record a certain anonymous saxophone player going berserk at the altar. All the reverb is real.

Having been thoroughly mindfucked by the encounter with Dixie Gypsy, we ride back into town with claw marks and Sweet-n-Low on our vests, to find that our so-called loved one has made up their mind and left us for some lame crusade that's either a psychotic delusion or a bad excuse for cheating. We don't care. This is not the place for us, so we say goodbye as our solent-film fairy godmother's egg us on from the distant woods. The metal 'bing' at the end of this song is me hitting one of my horse's old horseshoes with a long, rusty nail.

The sun sets. Melts, rather, and our horses become long shadows on the asphalt dunes. Our wristwatches are filled with condensation like bad snorkel masks, and become hard to read.

With every end comes a new beginning. When something starts, something else ends. Chris Conry came hung out with us one night in december '06 at our practice room and named the song while drawing a large face on the wall.

Does You Inspire You is being re-issued through Columbia on May 18.