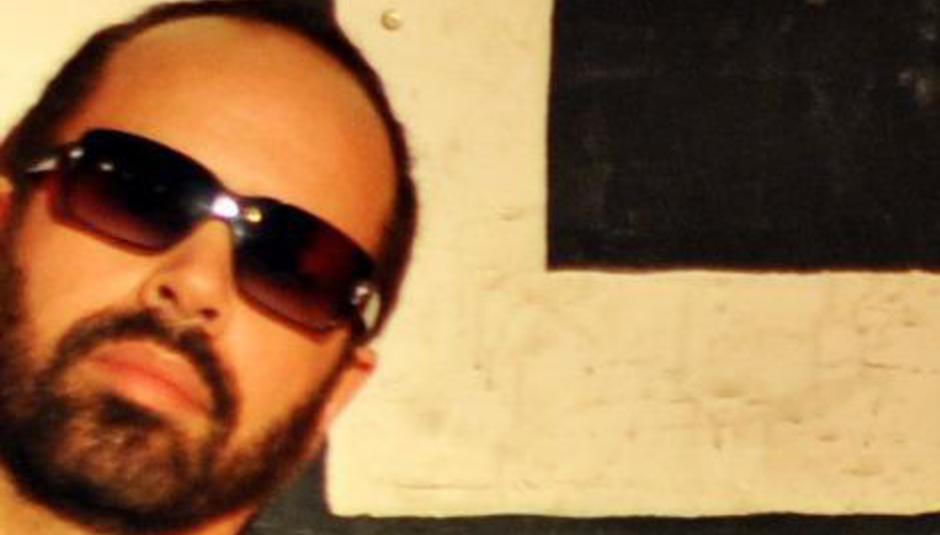 As the founder member and main songwriter behind one of Creation Records finest discoveries, Swervedriver, Adam Franklin has a long and distinguished career both as a live performer and recording artist. Although Swervedriver went on hiatus at the back end of the 1990s, they returned at the back end of last year with a blistering sold-out show at London's Scala. In between times, Adam has continued making music under the guise Toshack Highway, as well as being a long-standing member of Robin Proper-Sheppard's Sophia collective while the Magnetic Morning project he shares with Interpol's Sam Fogarino released their first long player earlier this year. His second solo album, 'Spent Bullets', already available in the States, finally gets its long overdue release here in the UK next month.

Here, spurred on by a lukewarm review of his own band on these very pages last year, Adam pulls no punches on what the whole shoegaze phenomenon means to him. Take it away Adam...

A guy I know is friends with Scott Walker and tells me "Scott is a fan of shoegaze". That makes perfect sense to me somehow. Walker's music has always had a unique kind of ambience and I think you can probably hear a connection with Slowdive's music and the Bacharach-style chords and melodies Kevin Shields plays on Loveless - as he's simultaneously hitting you over the head with a Ron Asheton-sized sledgehammer of course. Shoegaze though eh? pfft. A musical genre with the word "shoe" in it? - Lordy! Just as well the shoes in question (Russell Yates from Moose's shoes) were a rather smart pair of brothel creepers. Not that I really know who they mean when they say shoegaze, although I suspect they sometimes mean me, the bastards. Still it's somewhat amusing and completely ridiculous that the term stuck and that there are bands in all corners of the globe perfectly happy to list themselves as 'Shoegaze' on their MySpace pages. And even though we would probably say that Swervedriver are to the 'gaze bands as a moth is to a butterfly - we used to also hang out and play gigs with the Camden "lurch" bands after all - history now tells us we were fringe gazers I suppose, even though we had scruffy dreadlocks rather than true-gaze floppy fringes!

Having said that, I wouldn't trust history if I were you as it doesn't always fill you up with the hindsight you so desperately crave, as a (in my opinion) limp Swervedriver review from these very pages - loftily entitled "Hindsight - Swervedriver and shoegaze reassessed" - amply demonstrates. Reassessed, my arse. I have no beef with anyone who finds themselves not tapping a toe to my band's songs - some of my best friends think I'm shit! - but if you're gonna write something, at least try to appear that you have some kind of idea what you're talking about.

If I could be bothered to throw my ha'penny in about Shoegaze, (and I was asked to, so I will) I might say something about the 1980s turning into the 1990s - the last decade of the 20th Century nonetheless! - and how it felt like a new kind of rock'n'roll music was happening. The American underground had sprung up some great guitar bands such as Husker Du, Sonic Youth, Thin White Rope, Butthole Surfers, Pixies and Dinosaur Jr while in the UK in 1988/89 there were some cool records by the likes of Spacemen 3, Loop, AR Kane, Wolfhounds, My Bloody Valentine, The House of Love, Cocteau Twins. Each band was the result of a jumble of influences, musical and otherwise, and I couldn't say for sure what Martin Carr from the Boo Radleys was listening to at this point or what the boys in Ride might have put in the cassette player as they drove down to gigs in London but some of these bands were certainly in the mix and it was probably something dubwise - the Scientist or Mad Professor - for the journey back. When I first saw the likes of Ride, Chapterhouse and the Boo Radleys I thought I could hear all these new influences being mixed up with the psychedelic sounds of 1966; Splash One by the Elevators, 'freakbeat' bands from the UK such as The Eyes and Syn (from the 'Chocolate Soup for Diabetics' and 'Perfumed Garden' compilations that appeared in the mid-80s) or tracks by the likes of TC Atlantic and the Calico Wall as found on the US Pebbles and Nuggets collections. These albums were choc-full of sides by bands that mostly released just one or maybe two singles in their lifetime before they returned to careers driving London buses or joined the US Army.

And some of the bands in 1990 were colossal live too, which is something you don't necessarily get from the records of course. I remember Slowdive opening for Swervedriver in Gloucester or somewhere and filling the room up with the proverbial "cathedral of sound" and then the fire alarm went off and we all had to file downstairs to the street. Bands, bar staff, roadies and punters kicked their heels smoking cigarettes out on the street and I said to Rachel Goswell "sounding good tonight". "Yeah, it's not bad is it?" she replied and then we were all allowed back in again and they just picked up from where they left off. Awesome!

Anyway before you know it, there's something called shoegaze and a bunch of bands in the firing line because the music papers need something new to write about and so everyone moved on but it seems time has been rather kinder than expected to the shoegaze bands. Those cheeky 'generation terrorists' the Manic Street Preachers once told the NME they found Slowdive more offensive than Hitler and yet now it's they who seem more like Hitler to me, filling stadia full of provincial bozos in their homeland. In the meantime an album of Slowdive songs covered by German electronica bands is released on supercool Berlin indie Morr Music, showing the extent of their subtle, influential reach. The Manics thought, I suppose, that bands like Slowdive had nothing to say, when in fact Slowdive were really rather eloquent in their expression of nothing in particular. An image pops in my head of a flustered James Dean Bradfield manfully struggling with sticky syntax issues as he attempts to convert Nicky Wire's clumsy slogans and soundbites into meaningful Modern Rock Choruses ...while somewhere else, Neil Halstead is propped up against a beanbag, cooly strumming a guitar and blowing out like smoke-rings, the impossibly romantic lyrics from Slowdive's 'Alison' - "Your messed-up life still thrills me / Alison I'm lost" - and sci-fi guitars glide and yes, shimmer overhead.

Film School, Lali Puna, The Still Out, Mogwai, Mum, The Laurels, Sianspheric, The Black Ryder, The Besnard Lakes, Dead Meadow, Sigur Ros, Broadcast, The Clientele - no no, I'm way off track now. I was gonna make up a list of contrasting bands, all of whom might have some kind of shoegaze affiliation and then I started thinking that this is bollocks really. This is just a list of pretty cool bands. One thing that might connect them is that they've probably, between them, never owned a Manic Street Preachers record. To paraphrase Leonard Cohen, I don't think about shoegaze that often.

Adam Franklin's second solo record Spent Bullets is released May 18th via Cargo Records. For a free download of 'Autumn Leaf' from the album click HERE.

Adam Franklin and Bolts of Melody will be on tour with The Church in North America throughout June and July. Tour dates can be found HERE.

For more information on Adam Franklin visit his MySpace.

For a detailed history on Creation Records including Swervedriver, visit this site.

The Science Of Fun: DiS meets the Yea...