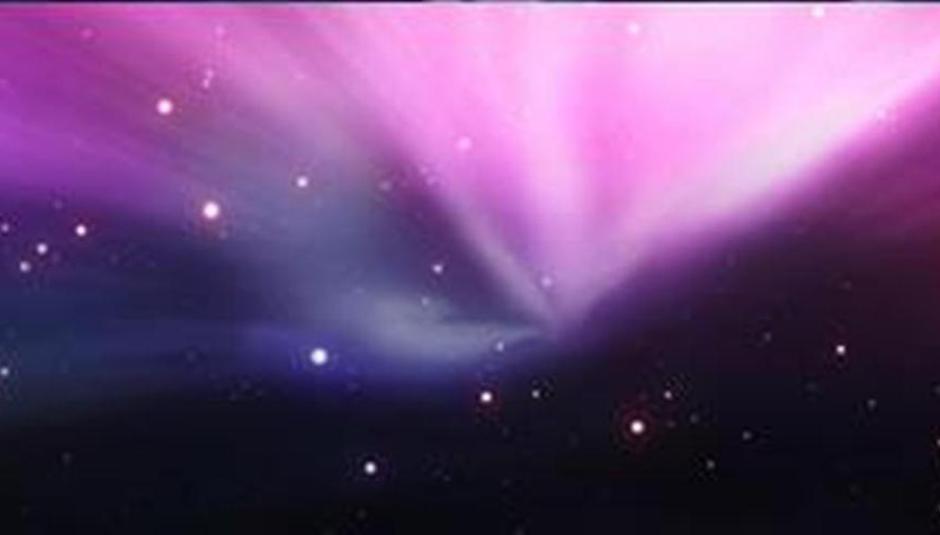 Andy Oliver is the editor of Psychedelica magazine and has recently formed his own label, The Third Wave Collective. The first release on the label, 'Strung Out', is a compilation of artists linked to the shoegaze/psychedelia scene by one way or another and features contributions from the likes of A Place To Bury Strangers, Mint Ive, Darker My Love, Spectrum, Caribou, Crystal Antlers and The Deer Tracks among many, many others.

Here he adds a darker perspective to the whole "what is/isn't shoegaze" debate and draws parallels with conflicts in society as landmarks for the ascent of the psychedelia-cum-shoegaze movements past and present.

Blistering walls of sound, bone-rattling distortion and time-travelling delay all set to full volume with a visual shroud of mind-flashing strobe and obscuring yet sweet smoke machine. One stands transfixed and frozen by catharsis. This synaesthetic experience happens moments before one is heightened at a speed faster-than-light with waves of spiritual compunction.

These emotive responses to sound have often been described as epiphanic by audience members who have experienced live performances by artists dubbed (or sometimes dismissed) as ‘shoegaze’ who use effected sound to emulate the sense of otherworldliness and ethereality. Many have had their senses heightened to the state of bliss and even experienced emotional transcendence evoked by layers of harmonic resonance without the use of drugs.

If we have to consider and accept shoegaze as a musical genre then it is a subdivision or subgenre of psychedelia. The term ‘psychedelic’ is a coinage from the Greek words for ‘soul’ (psyche) and “manifest” (delos).

Through sound and some visual techniques of sensory deprivation one can gain an altered state – that spiritual manifestation of the soul created by the synaesthesia of audial and visual bliss.

It has been argued that the new resurgence of shoegaze or its more nauseatingly Americanised media-hyped term ‘nu-gaze’ is merely a bandwagon which is back in vogue. For how long no-one can tell. Alan McGee openly stated that My Bloody Valentine were a joke to see how far he could push the hype. Perhaps it’s happening again. Or perhaps this really is something more permanent and definite.

I will be the first to stand up and state that I dismissed it as a half-finished genre purely for those insipid, weak, cardigan-wearing Kevins who were too afraid to sing properly, low-in-confidence and self-esteem, introverted and hiding spinelessly behind their walls of sound and curtains-fringe. All colour was desaturated to monochrome and monotone. The antithesis of psychedelia. I once viewed its association with psychedelia as destructive to the whole psychedelic movement and that it should have been cut out.

This almost-fascist view was completely blown away when I heard A Place To Bury Strangers. Seeing them live is an experience in itself and listening to A Falling Sun evoked the same spiritual epiphanies that I had only ever experienced before when listening to the immortal 4AD band Dead Can Dance. People class the band as shoegaze but it was psychedelic to the core. Yet the band class themselves as psychedelic rock.

Video: A Place To Bury Strangers 'The Falling Sun'
---

The term ‘shoegaze’ perhaps is being thrown around too easily. Shoegaze, nu-gaze, stargaze or poo-gaze (with head up one’s own rectum)? One cannot ignore its expanding presence and the number of bands who now declare themselves as psychedelic and/or shoegaze is almost unaccountable. It may be argued that a great number of bands are no longer interested in the limited parameters of formulaic pub-rock and are seeking to experiment with their sounds to a new level – that this may be much more real than a genre bandwagon to increase sales and exposure but more for the quest for reaching a more immaterial level via sound.

With a gloomy backdrop of the Iraq/Afghanistan conflicts and a global economic breakdown, the overwhelming sense of melancholy over the last few years has been a massive factor in the psychedelic renaissance. Perhaps we are seeking something more meaningful, substantial and even spiritual to animate our mundane earthly existences ordered by greed, materialism and a media-tailored obsession for the banal.

A parallel could be made to the Vietnam era with the almost-revolutionary uprising of hippie culture where the psychedelic movement or genre dominated mainstream music for a brief period with the West Coast sounds of The Byrds, The Doors, Jefferson Airplane, Quicksilver Messenger Service and The Grateful Dead while here in the UK the Beatles and The Rolling Stones dominated the charts while saturated with LSD.

In the 80s we suffered another global ecomonic collapse, another bloody war (the Falklands) and millions of job losses and strikes. Against this backdrop came the second wave of psychedelia with acts such as Rain Parade, Dukes of Stratosphear, Hawkwind, Ozrics, Spacemen 3 et al and more importantly the prominence of The 13th Floor Elevators (made famous almost twenty years later) and the proliferation of the Pebbles and Nuggets series which had a profound influence on the more indie mainstream chart bands such as The Stone Roses and The Jesus & Mary Chain. And then came Slowdive, My Bloody Valentine and Ride, generally accepted as the holy trinity foundation of the shoegaze movement with its anti-rock sentiments characterised by indie-style dream-pop through layers of distorted guitars saturated with overdrive and fuzz set to an amplified volume so high that it created a wall by which they could hide behind. This introversion was also compounded with their inaudible vocals so low down in the mix that they merely became another texture or an extra layer of resonance. The scene was however short-lived with the powerfully aggressive oncoming of the dance scene and the grunge rock movement.

They say that the third wave is always the strongest and longest to last. In the last three or four years the psychedelic scene has bloomed exponentially to almost biblical proportions with important bands such as The Brian Jonestown Massacre and Spacemen 3 spawning as many offspring as those begat from Adam in the Book of Genesis. There is almost a frenzied lust in the air to recreate that revolutionary sense through music. Whether there truly is a revolution or whether it’s just another hyped bandwagon for vendors to profit remains to be seen - time will tell - but one cannot ignore the electric buzz that has surged via an innovative digital media with the social phenomena of MySpace and Facebook which has enabled like-minded psychedelic artists to collaborate and form a slow but sure physical collective or movement.

The Third Wave Collective is being formed as a collaboration of artists and labels who have united to showcase some of the finest psychedelic acts in the world, some who have been established and some who are still very much underground and are happy to remain there.

With fresh young labels producing some mind-blowing compilations such as Sonic Cathedral and its Cathedral Classics, Northern Star Records with its beautiful Psychedelica series and the positively stunning compilation from The Amorphous Androgynous (formerly The Future Sound of London) comically entitled A Monstrous Psychedelic Bubble and lauded by Noel Gallagher as one of the best albums he’s ever heard, we are looking at exciting times for such a diverse and ever-expanding genre.

The Third Wave Collective compilation Strung Out is due to be released on the 1st July 2009. It is available to pre-order now from their Official Website.