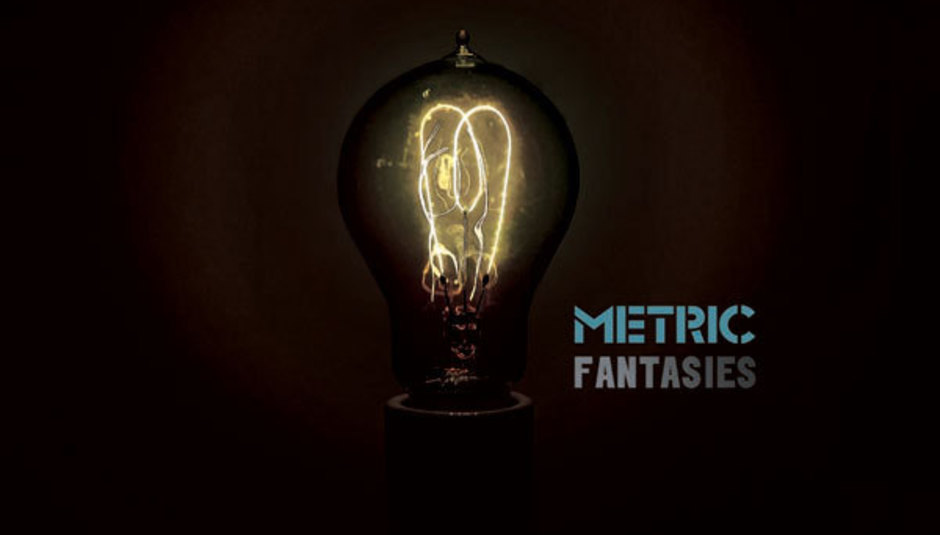 To kick off our special Metric takeover week, Emily Haines, songwriter, singer, renown synth-basher and superhero, walks and talks us through their forthcoming album Fantasies.

This song is the first of many that I wrote on the piano during my time in Buenos Aires. It started out as a ballad but really came to life once we bumped up the tempo. My favorite part of the song is the kick drum sound in the middle section, it sounds like the drums are being played in a cathedral in hell.

In its first version this song had different lyrics in the chorus which referenced the Greek myth of Cupid & Psyche. When we played the song live a few times I immediately felt that the lyrics and melody weren't clicking. We went back to the studio and Jimmy and I sat around with an acoustic guitar trying every possible variation. When we finally arrived at the version we have now it was such a relief. Sometimes with a song you just have to be patient and the right thing will come to you.

This song was inspired by some paranormal events in my life. Jimmy sent me the track when I was in Los Angeles for the funeral of a friend, an occasion that was filled with eerie David Lynch moments. I found myself asking the question, "How can you protect your privacy from invasive ghosts?" I stayed up all night working on the song in my hotel room, and when I landed back in Toronto the next day I went straight to the studio and recorded the vocals.

Some tracks on Fantasies went through multiple incarnations before sounding complete. 'Twilight Galaxy' started out as an upbeat electro-rock track with a lot of sections and some very involved arrangements. No matter what we did it just never sounded natural, it sounded like three different songs stuck together that didn't want to stick. It was one of the last songs on the record to be completed because it was such a puzzle and we all felt so strongly about it. In the end the right version came from stripping everything away. Someday I will make the other two sections into songs in their own right.

When Jimmy sent me this song as a rough sketch I listened to it over and over while watching Scarface, dreaming up ideas. The lyrics I wrote look at greed in all its forms, and the fact that we seem programmed to be insatiable. If we could do a million dollar video for this song it would be a remake of that montage scene from Scarface - including the tiger!

We opened for The Rolling Stones two nights at Madison Square Garden in NYC and since then analyzing what they represent has become a favorite theme of band conversations. In this song we ask the age-old question, "Who would you rather be: The Beatles or the Rolling Stones?" Here's Jimmy's answer: "Neither. One is dead and the other is corporate!"

We wrote 'Collect Call' at a farmhouse studio called Bear Creek, just outside Seattle. They have an amazing selection of vintage instruments there and I love the way the Wurlitzer makes this song sound like something from a 1970's detective show.

There's a character named Bucky Wunderlick in one of my favorite books about rock and roll called Great Jones Street by Don Delillo. The book captures the paranoia and vanity that goes with fame and examines the inexplicable power of music. I often find myself quoting from the book, "Music is dangerous". Bucky, I know you are a fictional character, but 'Front Row' is dedicated to you!

Every album needs that one slow and heavy song that makes time stop and allows all the other songs to sink in. That's the role of 'Blindness' on Fantasies. You're meant to close your eyes when you listen to it, and breathe.

Imagine an apocalyptic Noah's Ark transplanted to the Thunderdome, with animals of every stripe fighting for their lives for the entertainment of the human race. We are at the point on this planet where the line between spectator and participant is not just blurred, it has disappeared completely. Everything we do is part of the "show", none of us have the option of sitting out a round. The natural world used to be something we thought we could exploit for our pleasure forever but those days are gone. The natural world is fighting back, and the natural world will win.

Fantasies is available to order now from ilovemetric.com