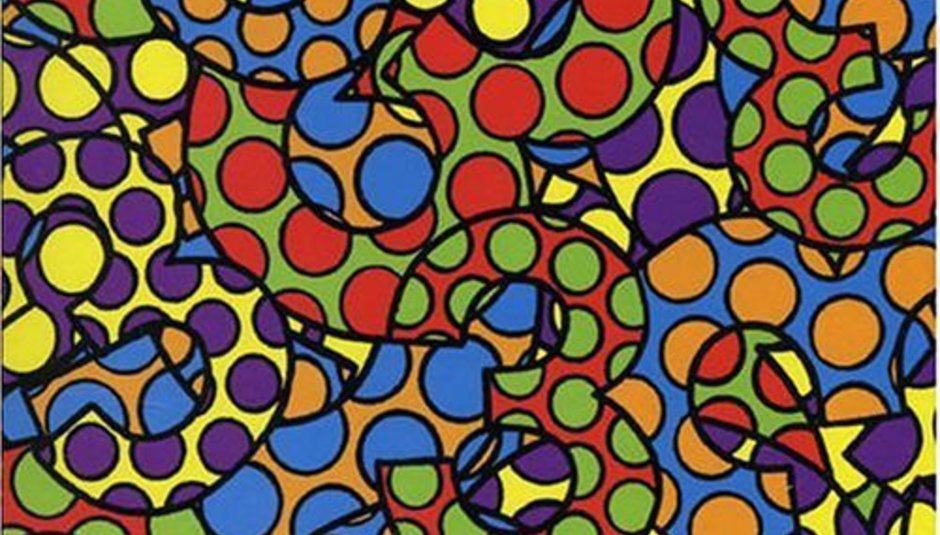 Scott Causer runs the excellent shoegaze/psychedelia tinged label Northern Star Records. Here, he writes about the new bands he thinks you should be discovering, while offering his straight-talking opinion on what shoegaze and its associated sub-genres means to him. What's more, to promote forthcoming compilation Revolution In Sound he is giving DiS readers an exclusive eight song sampler of Northern Star's bands to download, absolutely free of charge!

You may be wondering why I’ve been asked to write this column. I run what has been predominately known as a psychedelic record label for the last 4 years... what does shoegaze have to do with psychedelia? On the Psychedelica compilations, I’ve always strived to include shoegaze acts as I believe they have been responsible for their fair share of psychedelic moments. Some may disagree but I see a direct line from the psychedelic bands of the 60s to punk and new wave to shoegaze so in my mind it really is not that different. Don’t believe me? Listen in to early Verve and there’s no mistaking the influence of Barrett-era Pink Floyd in their sound. I hear The Cure crystal clear in Slowdive and Curve. My Bloody Valentine, The Telescopes and Spacemen 3 are all bands who clearly took psychedelia and shoegaze beyond the realms of conventional imagination and into other dimensions. All in all, it's great music which has carried forward its influence today in a number of acts who have been breaking into the mainstream recently.

What does strike me about the current wave of shoegaze acts is the sheer diversity of the genre. Sure there’s lots of bands who ape the classic bands and do "shoegaze-by-numbers" but the bands that most excite me are the ones that take shoegaze as an influence and use it to enhance their own sound. Take Bristol's Nova Saints for instance, who combine Ride and early–Verve with Phil Spector walls of sound, Sonic Youth and MBV noise freakouts, whilst even throwing, dare I say it, a bit of U2 into the equation. They have become, for me, one of the most exciting bands in the UK right now.

They could hardly be called shoegazers in the literal sense, as at their blistering live performances you'll find they’re looking you right in the eye. One punter standing next to me after they finished their set at a Northern Star show accurately described them as being what you’d get if you crossed the Beatles with My Bloody Valentine. Also taking a tip from the 60s are the USA’s Mono In VCF. Tracks on their debut album not only echo Scott Walker and Dusty Springfield but liberally sprinkle some Slowdive atmospherics to create a phenomenal sound.

The term shoegaze generally brings to mind images of middle class students from Oxford staring at their feet. As with all clichés this has proved true to a certain extent. However, in the right hands, shoegaze can be the most exciting and beautiful rock ‘n’ roll music on the planet. Using The Stooges template alongside traditional shoegaze elements are Norway’s Maribel who are certainly not afraid of cranking up the volume. Also from Scandinavia are the rather wonderful Stockholm collective Youngteam who veer from shoegaze to psychedelia to indie pop more often than not within the same song - their debut album Missnojesbandet providing the perfect soundtrack to the next summer of love.

If you’re looking for ethereal then you’ve gone to the wrong place if this is what you were expecting from Brooklyn’s The December Sound. Their live performances have become the stuff of legend. Again the shoegaze element is apparent, echoes of the Jesus & Mary Chain and My Bloody Valentine veer towards pure out-and-out psychedelia in some songs. They’ve been known to use hip hop beats and there’s even footage on YouTube of the band covering the Cure’s Fascination Street which echoes my earlier point of tracing a direct line from psychedelia to punk and new wave to shoegaze.

Unlike the original shoegaze bands the current crop are not just confined to Oxford or indeed the UK. The movement has become a worldwide phenomenon spreading as far as field as China and Russia. The Yours have been exciting Hong Kong with their own unique punk/new wave take on shoegaze. Hot Zex and Punk TV not only share members but both embrace shoegaze elements along with the Factory Records-era Manchester sound. If anything they’re an out-and-out pop band and if the waves they’ve been creating in their native Siberia - which have been consistently spreading fast across Europe and America continue, you’ll be hearing a lot more of these very soon.

Shoegaze has also found its way into electronica courtesy of Leeds acts The Insect Guide and Laboratory Noise. The Insect Guide worked with Spacemen 3’s Sonic Boom to provide one of the highlights of Psychedelica Three. Laboratory Noise who are appearing on the next Northern Star compilation ‘Revolution In Sound’ are also combining shoegaze and electronica and taking them to their illogical extreme. Taking shoegaze into a more ambient Orb-like excursion into electronica are my very own Perfect Blue, whose recent album On A Higher Plane was likened to what you’d get if you crossed Loveless with Warp Records in this very column.

Shoegaze is cropping up in places you’d least expect it and is becoming entrenched into popular music. There are several bands who are very worthy of further exploration. From the USA – Dead Leaf Echo, Soundpool, Snowdonnas, The Daysleepers, The Stevenson Ranch Davidians, from Ireland there's Butterfly Explosion and God Is An Astronaut and from the UK, Sennen, The Voices, Kontakte and Aspen Woods. With the increasing focus on shoegaze in the underground magazines and webzines, it won’t be long until the music we love receives its long overdue, widespread recognition. May these stargazers continue to ascend and long may they shine on!

Click HERE for a free download of the Northern Star sampler, which features music from The December Sound, Nova Saints, Perfect Blue, Mint Ive and others.

Shoegaze Week: "There’s no such thin...