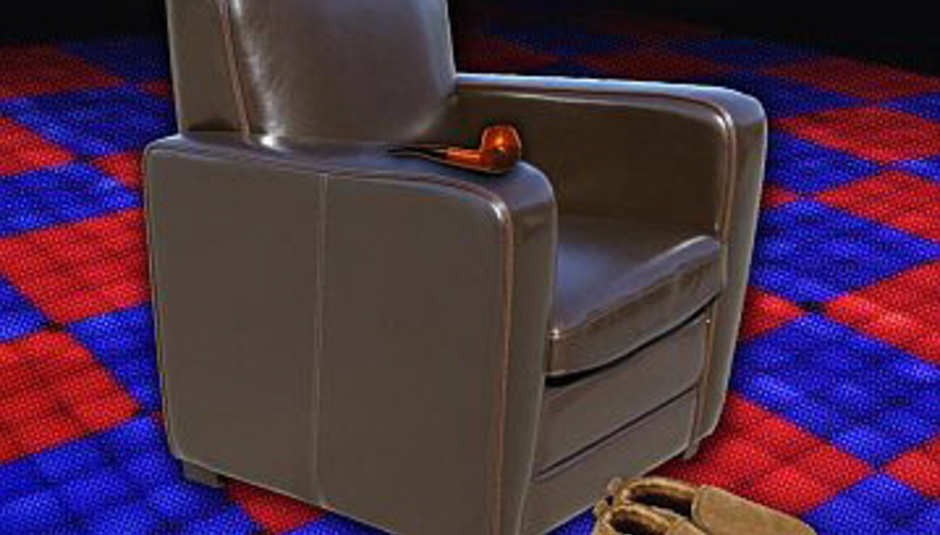 Welcome to the first in a regular series documenting what’s what in the world of electronic music. As the name implies, Armchair Dancefloor is as partial to cup-of-tea-and-a-nice-sit-down ambience and dense laptop electronica as it to the latest rave-horn monster. Our aim is to survey the scene from the widest possible vantage. We'll talk up the good, ignore the bad, deliver the occasional judicious kicking to the really bad, and try to make sense out of the bewildering digital profusion surging through our fibre-optic cables every month.

First up, the cream of that binary crop and one of the best albums of the year so far (not that we’re very far in, admittedly) is Glider, the debut from Seattle's The Sight Below, released via Ghostly International. The influence of The Field and the legendary Gas is clearly discernible here, and the album sharing its title with a My Bloody Valentine EP makes some kind of sense, too.The Sight Below (who’s keeping his name secret for the moment, although we're pretty sure it isn't another Paul 'Fireman' McCartney pseudonym) soaks guitars played with E-bow and slide in reverb and delay. These he combines with submerged beats that roll out beneath scudding clouds of granular electronic crunches and pops, the intense melancholy that dominates occasionally breaking into a brief moment of glowing uplift. For the most part Glider deals in drones, but with a grasp of melody and structure that’s to the fore throughout. You can download a free EP from last year here.

Other newcomers showing real promise are London-based Mount Kimbie, whose debut EP Maybes (Hotflush, released February 2nd) mashes helium vocals, rattling, off-kilter beats that loiter on the fringes of dubstep and, on the title track, power-chords that are so treated it’s hard to tell whether they’re coming from a piano or a guitar. I think it’s a piano. Or a guitar. Maybe a keytar. Whichever it is, when it stops you wish it hadn’t.

Less ambiguity surrounds the noises coming from French dubstep label 7even. It’s got a back catalogue of just five 12-inches so far, but most of them have elicited the kind of pained gasp that either denotes extreme listening pleasure or unholy reflux. The pattern continues with release #6, 'The Untitled Dub' by F. It has an aggressive structure of skanking offbeat stabs, relentless dubby horns and sharp metallic percussion that unify to incendiary effect. Despite the pummelling sub-bass that tells your guts it's dubstep, this record - with its intricate drum programming and spacey pads - represents yet further evidence of the commingling of dubstep and techno that shows no sign of letting up. In fact this trend, exemplified by a string of superb releases last year from producers such as Martyn, Scuba and Peverelist, is shaping up to be electronic music’s most fertile area in 2009.

And now, like a DJ zoning out at the scrag-end of a three-day house party, we’ll mix poorly out of the spankingly new and fumble the crossfader clumsily in the direction of the classic. The seven-volume B12 Records Archive re-release series continues apace with volume three (B12 Records, out now), and it's as essential as its predecessors. B12 was started by friends Mike Golding and Steve Rutter in 1991, chiefly as an outlet for their own productions (under the names Musicology and Redcell, among others). Volume three brings together the label’s fifth and sixth EPs (originally released in the latter half of ’92) and includes 'Hall of Mirrors'. It’s one of the duo’s most beautiful and expansive pieces of work these ears have heard for quite some time, and encapsulates the most forward-thinking elements of early-90s techno.

Other releases to look out for include the Warehouse Sessions from Claro Intelecto (Modern Love, out now), which collects this versatile Mancunian producer’s Warehouse series - straightforward floor-seeking techno missiles - into one water-necking, head-bending package; DJ Chloé’s Live at Robert-Johnson (Kompakt, out now) is the first of four mixes due this year to celebrate the 10th anniversary of the tiny, beloved Offenbach club. Moving from the Breeders-do-techno introduction of Gudrun Gut's 'Rock Bottom Riser' into a more conventional blend of tech house and minimal, it’s the French DJ’s fine grasp of the power of control and release that makes this worth checking out; and finally, Sideshow, a side project of Ninja Tune artist Fink, deliver a couple of very special tracks on second album Admit One (Aus Music, out February 2nd). 'French Model in Dub' threads twilight strings through a dubwise reimagining of Kraftwerk’s 'The Model', while 'If Alone' is an outstanding deep roller with a vocal provided by erstwhile Basic Channel collaborator Paul St Hilaire, aka Tikiman.

That's it for now. Be about your business and we'll see you on the dancefloor. Or in the armchair.