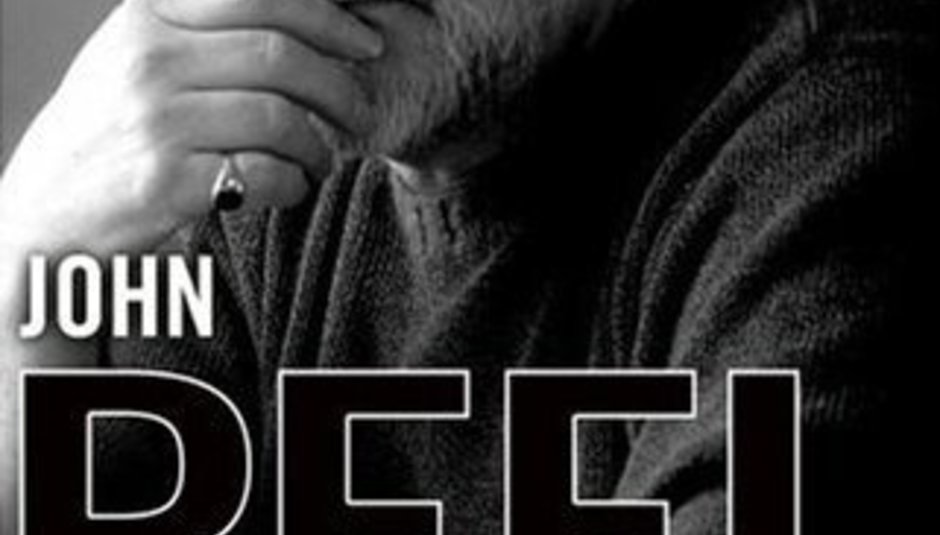 For those of you disappointed by the autobiography, but who rushed to get it, this collection of John Peel’s writings on music, popular culture, and home-life is going to be instantly appealing, and I’m happy to tell you it may be the best commemoration of his life, in printed form. Four years on, I remember Steve Albini’s dedication of ‘The End of Radio’ to John Peel as one of the great live moments… and friends’ bands dedicating songs, some of them quietly amazed they’d been among the last to get played… and others realizing they’d never get played now, and saying-so (rather than keeping that to themselves) because it was a compliment, of sorts. Only the other week, Lauren Laverne (ex-Kenickie) told DiS her own John Peel story, because that’s how generations of musicians have conveyed their excitement at first being recognized. When Alan Sparhawk of Low flipped out, didn’t he have a vision of John Peel…? The review’s already started, by the way – I’m just giving you an idea of the tone of the collection: anecdotes and snapshots that put a human face on the history of rock, punk, reggae, radio, and then turn out to be much truer.

These are un-edited contemporaneous writings, alphabetized by title, with no comments or apologia, beyond a very brief introduction. It’s impressive, therefore, to see that without any revisionism or self-importance (although he knew his cultural role and never feigned humility), Peel could confidently pronounce upon the full significance of an event, whilst he was on the ground, as it were. Take ‘Banned Records’ (1977), which exposes the contradictions of punk as soon as it’s happened – we’re told that the Sex Pistols missed out on the top chart-placing to Bread (fully knowing which band will be forgotten); that they missed out on the top placing in the Melody Maker readers’ poll to (‘dinosaurs’) Genesis, Yes, Led Zeppelin, and ELP; that they were one of several bands to compromise their own values in pursuit of filthy lucre. At the end of the piece, Peel advises us to watch the progress of John Cooper Clarke (and has been doubly vindicated by Clarke’s influence on the Arctic Monkeys), and also the Slits. Interestingly, Peel had just denounced Patti Smith as a ‘poseuse’ – indicating he already grasped the difference between female singers proving they can be one of the boys with dull rock (Hello Katy Perry? Goodbye…), and championing those who would actually invent something (The Slits being emblematic of the way punk opened the door for women to find their own radical voices).

Anyhow. This is as much a history of what mattered in popular culture, as it is a frontline account of sifting through the refuse – viz. Nirvana get one mention, for including Courtney Love’s husband, Courtney having stolen the show at Reading (although the Miles Hunt-less Wonder Stuff created the biggest feeding frenzy). Three decades of Reading Festival coverage somehow prompts more nostalgia for being written up as a parade of risible and forgotten names that invariably drive our correspondent to the beer tent.

Elsewhere, we learn that Peel has the right-thinking person’s dread of the word “zany” in TV-listings, and despises the crypto-racism of Clive James (‘Oddballs’, 1994). We learn where he got all that reggae – Intone Records, in Peckham Rye, and Black Wax, in Streatham. We learn that The Osmonds were on his radar as often as the Sex Pistols (e.g. ‘Hated in Hounslow – Loved in Prague’). We learn that he spent a night in jail, but can’t compete with Steve Jones – the Sex Pistols, again (‘Old Bill’). Who else would authoritatively compare Tangerine Dream to Ligeti in the same review that he’d paired The Osmonds in our minds with that other peculiar invention of the 1970s, vaginal deodorant? (Both, he speculates, were devised by sinister marketeers cultivating paranoia about being squeaky clean.) Who else would describe the entertainment laid on by [a major record label] as ‘young women (or men) skilled in the subnavel arts’?

Peel’s had hatemail from Gary Glitter fans calling him a junky for resisting the bewigged-ones charms, 30 years before the same people (you can bet) were calling for his head on a spike… Dylan’s Chronicles might have the edge, with its aspiration to read as a Great American story, but this is thoroughly English, and absurdity is one thing we do better. It’s hard to think of many non-authors in whose company I’d happily spend several hours, but John Peel brings subtle humour and deceptively unpretentious wisdom to all of it.