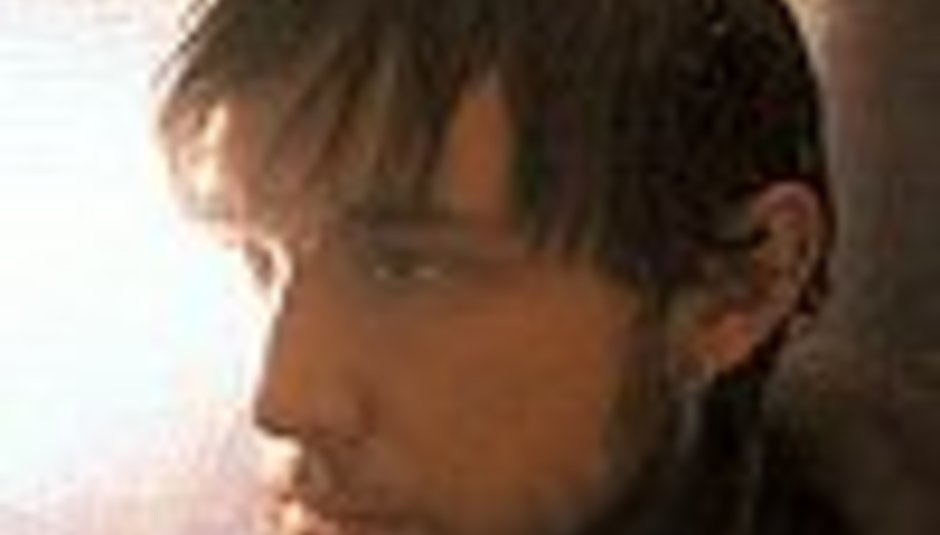 by Miranda Iossifidis May 29th, 2002
‘People don’t stay in the same job their whole life, they chop and change; when you start your first job at 18, you don’t stay in that job forever!’

And so we find Jim Ward in the beginning stages of his second job, with Sparta. You might have heard of his last one, he worked in the raw, chaotic, genre-demolishing, life-affirming/changing, political trade. Otherwise known as At The Drive-In.

If you already know this, you’ve already heard Sparta’s Austere EP. And you’ve already got an opinion. And, Jim isn’t bothered, either. ‘I don’t mind people comparing us, it was always going to happen, we played in that band for a long time. Austere is like an introduction to the band, something we wanted people to hear before the album comes out.’ Pressed further on the matter of his past band, Jim’ll say ‘I'm proud of what I did in ATD-I and I appreciate that people will want to talk to me about it. Often, music journalists will try and squeeze a soundbite out of us chatting shit about them [Omar and Cedric], and it’s not going to happen.’ On the topic of music journalism, he admits that ‘I hate it when someone gives a shitty review of a friend’s band, because it’s just their personal opinion enforced on lots of other people, who aren’t going to buy it just because of them. Music journalism is about spreading the love of music.’ He also doesn’t understand why anybody would want to know what he’s listening to. But gives in nevertheless. (bands like …And You Will Know Us By The Trail Of Dead, Dismemberment Plan, Shin and lots of acoustic stuff a la Elliott Smith, blow him away, between you and me).

You might have noticed that there’s been a serious instrument reshuffle in the Sparta camp. We now find Mr. Ward thrust to the front of the stage, with former band mates Tony on drums, Paul on guitar as well as Matt Miller on bass. ‘It’s cool, but weird. I’m not used to leading the show, it’s so personal. Even if there’s no one there at the show, I still find it scary! It all happened by default really, Paul came round my house and it was just decided. I’ve never really sung before, but I like it.’ And so do we. But don’t jump to the conclusion that this is Jim’s baby, folks.

‘The whole band write lyrics and works together, I don’t want each song to just be from one band member’s viewpoint and having one straight meaning. It’s like, everyone’s story; a collaboration or collage of ideas. Personally, I haven’t written lyrics for seven years, so I have a whole history of stuff to write about. One thing is definite, I don’t want the whole album to be about the ATD-I split, and be sad, because it wasn’t sad and that’d just be boring.’

Jim comes across as a man truly passionate about music, the music, and none of its glamorous associations. ‘I’m not the rock-star type, it’s not that I don’t like showbiz parties, I just feel like I don’t fit in at those places. I’d rather just hang out at a rock bar or something.’ And if this doesn’t comply with your idea of a stereotypical Dreamworks frontman, then I’d agree with you. But then, being signed to a major label, even at such an early point, should not and does not define Sparta.

About the debate concerning major labels, he remarks ‘I don’t want to add fuel to the fire. I really don’t care what label a band is on, as long as they make good music, that’s all that matters. We could have put out the music ourselves if we really wanted to, but we’ve been through it all before and we don’t need or want to have a shitty deal. There are a lot of really good people in the industry, and we get along with the people at Dreamworks, they’re about the music.’

This diplomatic, astute opinion, clashes with the principles I’d associated with Jim during his ATD-I days. I’ve always wondered whether the whole circus surrounding the band prior to their implosion had rendered him somewhat jaded, but ask him whether his ethics have changed since the inception of At The Drive-In, and he’ll answer in a typically fervent manner.

‘As I grow older I’m becoming more open to new things, but I haven’t changed my morals or ideals. I realise that a big part of your personality is forced by what’s around you, or fed to you, and people are definitely a product of their environment; coming from El Paso has shaped the person I am. I respect that some people are not going to buy the album purely because it’s on a major label, because that’s what I used to do.’

And Jim’s aspirations for the band? When I mention an article citing a Foo Fighters-esque direction, he’ll only confirm this in that he admires their approach. ‘They just seem to have fun, I mean, they’ve been going for ages and for them it seems to be all about the music and having fun. That’s important to me; the minute anything stops being fun, I won’t do it anymore.’ Musically, Jim talks of expanding on the electronica element witnessed in the Austere EP. ‘I want to really make it our own, just try it out because we’re really interested in it. We just don’t want it to be a novelty.’ Some time in the future he’d also like to dabble in the acoustic side of things too.

Talk to the lovely man for any length of time, and one thing is certain: for Jim Ward, Sparta is not some ego-fuelled excursion, neither is it a means to cash-in or exploit the success of At The Drive-In. It is merely a new and healthy musical outlet for him and the boys, in which they care to inflict upon the world their talent and creativity. And have fun in the process. And if other people happen to like it, that’s great. As Mr. Ward puts it himself; ‘If you sell 10 or 10 million records, who cares? Just as long as you have fun, that’s all that matters.’