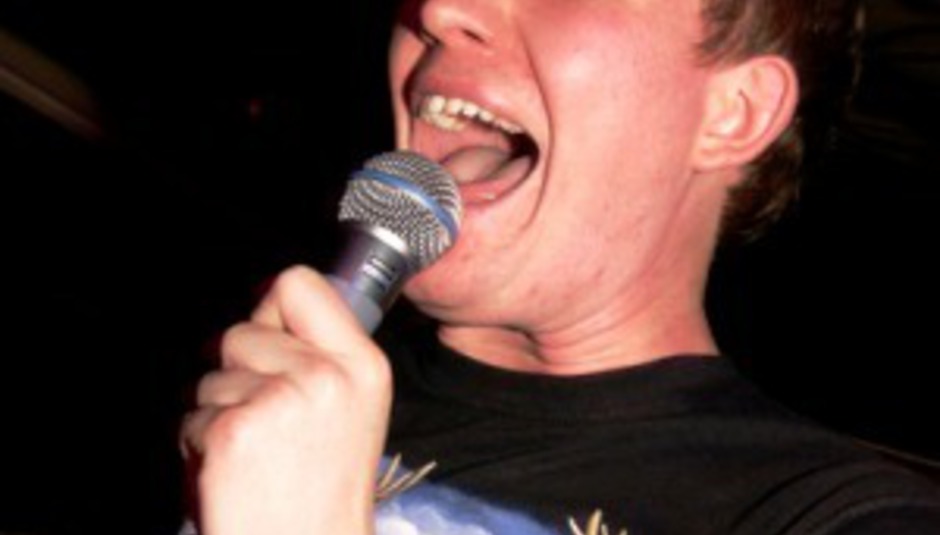 DiS presents: the Shred Yr Face tour! Get all the info here

DiS presents: the Shred Yr Face tour! Get all the info here

This is the most excited DiS has ever been about a tour. You can’t actually see us, how psyched we are, but know this: very.

After numerous e-mail exchanges, consultations of road atlases and cups of tea, we’re proud to present to you the Shred Yr Face tour, supported fully by DiS and featuring three of this site’s highest-rated acts of 2008 – all participating bands have released albums scored at 9/10 by DiS’s crack critical team. Los Campesinos!
Already gearing up to release their second album in a single year – We Are Beautiful, We Are Doomed is coming your way via Wichita on October 13, and is the follow-up to February’s Hold On Now, Youngster (9/10 review) – seven-piece indie-pop phenomenon Los Campesinos! have been favourites here ever since word of their cheerfully-rendered anti-anthems trickled into editorial attentions via this site’s hugely active community – message board users, we salute your fine taste. At times heart-breaking, at others hip-shaking, and always superbly entertaining, the eloquent youths’ boisterous live reputation has seen them play more festivals than you’ve had hot suppers, and their headlining role on this tour is well deserved. Work yourselves out to the supports, please, but ensure there’s tread on your dancing shoes for the night-climaxing fireworks.
MySpace No Age
What would the DiS stereo be without No Age’s amazing debut album proper, Nouns? A much, much quieter stereo, that’s for sure. Plus, us office-dwelling DiS types would never get the chance to tap our fingertips raw, desk-drumming along to punchy, lo-fi grunge-punkers like ‘Teen Creeps’ and ‘Eraser’, without the Sub Pop-released record, one of the year’s best for sure. Find Nouns reviewed to the tune of 9/10 here and recommended as one of the essential dozen albums of 2008 to date here. Live, the songs of Randy Randall and Dean Spunt kick and spit with no little venom, yet beneath the fuzzy fug of distortion-pedalled riot-rock lurk bittersweet melodies that’ll drift about your brain for weeks. Look out for a feature on the Los Angeles-based pair in the very near future, and a rather unique competition to win something(s) quite unexpected. A new 7" is expected around the tour dates.
MySpace Times New Viking
Just when it was looking like the inaugural Shred Yr Face jolly couldn’t get any louder, along comes this: Times New Viking, Ohio’s six-legged shitgaze-scene (?!) field-leaders, bust their way onto the bill with their senses-quaking pop-savvy noise. Responsible for this year’s Rip It Off LP, released by Matador and assessed with a tidy 9/10 beneath all the purple prose here (and also recommended as one of our essential dozen), the band has been tracked by DiS throughout 2008, leading to balcony encounters in Barcelona after some Primavera high times. Let’s just summarise them thusly: they’re much loved around these parts for their delightful dissonance, their enrapturing dramatics, and their killer choruses that dig themselves in deep and plague the consciousness. They’re like the itch you can’t quite reach to scratch: an immensely pleasurable irritation, of sorts. They’ve an EP, Stay Awake, prepped for October, too – get news on it at the Matador site here.
MySpace

And the dates and ticket information… you might need that.

Says Gareth Los Campesinos! (pictured top):
"Times New Viking and No Age are two bands that over the past year we've attempted to stalk from as far afield as LA's The Smell, Austin, Texas and back to Camber Sands. They are undoubtedly two of the best, most exhilarating live bands in the world right now, and to have the chance to tour on such a brilliant line up is as intimidating as it is exciting. It promises to be incredible."

Look out for plenty of exclusive tour-centric content on DiS over the coming weeks as we roll towards what is, basically, the tour of the year for anyone with half a musical brain. Us, then. The other half: kicking and ales, obviously.

DiScuss: Are you as excited as we are about the DiS-presented Shred Yr Face tour? Maybe close, but not quite? Where are you getting tickets for? Wanna come dance with us?