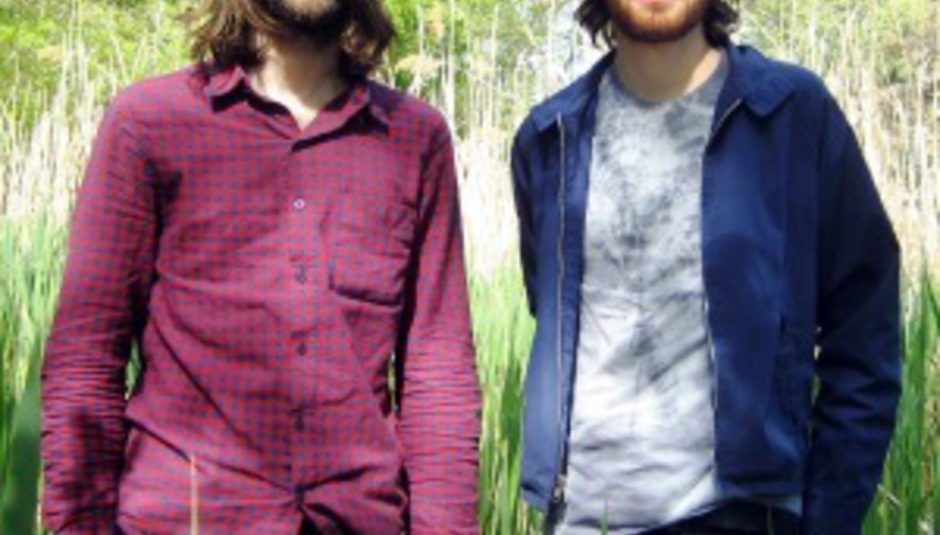 Whereas most acts get berated for churning out material with the same formula, Brooklyn instrumental duo Ratatat’s return with LP3 and the same hurdy-gurdy waltz they’ve always had avoids such a pitfall, as their material proves as intoxicating as ever.

_“Always different, always the same”_? Pretty much. After using Björk’s house for the tail end of the recording of second album _Classics_, **Mike Stroud** and **Evan Mast **decided to bunk up and lay down the record at Old Soul Studios, full of dusty Wurlitzers and discarded harpsichords to satisfy their warped musical tendencies. As a result, their new record entangles as many Arabian epilogues as Daft Punk cushioned basslines.

Mast guides us through _LP3_ and how they’d rather have a sparrow providing vocals than Lil’ Wayne. - - -
**Only taking a few of weeks to record, as opposed to the months that previous albums took to write, would it be fair to say that _LP3_ was written during something of a glut of inspiration?** Yes that’s a good way to describe it. We rented this studio for 40 days and 40 nights and just got really deep into making music. We made something like 25 songs during that time, start to finish. I’ve never really experienced anything like it before. It felt like we got caught up in a fast moving current. We were like El Niño and _LP3_ was the Gulf of Mexico. **What do you put this glut down to? ** I think a lot of things just crystallised all at once. We had been out touring for about two years, playing shows all over the world. It was a really amazing and inspiring time - to see crowds of people showing up at our shows, in countries we've never even been to before. So we'd had all these great experiences and we went into the studio with a very positive feeling. We also found the perfect studio at the perfect time. We were very lucky.

*Do you see the record as a continuation of the same themes you picked at on _Classics_, or a record removed from previous ventures? *

It'd been so long since we recorded Classics (released in 2006) I wasn't really thinking much about those songs. I think LP3 is pretty far removed from that, actually. Of course it’s still me and Mike though, so certain ideas carry over. I think ’Dura’ sounds a bit like Classics - that was the first song we made for LP3, so maybe that was the transitional period.

*How important was recording at Old Soul to the broader sound? *

Old Soul definitely had a influence on the sound. There’re a lot of great instruments there. We were particularly inspired by the harpsichord. It was just amazing to suddenly have access to this new palette of sounds.

*Was it a better environment to record in than Björk’s house? *

Björk's house was amazing in its own way, but when we recorded there we basically just transplanted our home studio into her house. So the environment changed, but the tools were exactly the same as what we'd already been used to. At Old Soul we had a lot of new stuff to play with, so a lot of ideas came out of that.

*_Ratatat_, _Classics_ and _LP3_: is it fair to say that Ratatat struggle with record titles? *

Would you prefer something like Viva La Vida? In Rainbows? Personally, I think we nailed it.

*Would you say _LP3_ is better or worse ‘party record’ compared to previous records? *

It's better for parties than previous records, and I don't just mean our records. I mean all records.

*Can we expect another instalment in your remix series? *

We haven't been working on any hip-hop remixes lately. I’ve been getting really into making videos though, so I’ve had the thought to do a DVD mixtape with videos. There's a lot to do though. I don't know if I’ll really find the time for it.

*Who do you think has the portfolio to front Ratatat on a full-time basis: Lil’ Wayne or Jay-Z? *

Shit, it almost pains me to admit it, but I think I’d go with Wayne at the moment. I only say that because I some of my most favourite albums were made by Jay-Z. I just haven't been as excited about his recent stuff. If we ever got a vocalist, it'd have to be some kind of bird. Birds have a double set of vocal chords so they can create two tones at once. Their vocal chords are also situated at the bottom of their oesophagus, which gives them much more flexibility than humans, which is why they can create such a broad range of sounds. Human voices are really quite limited.

*You’ve strayed from The Knife to Missy Elliott when remixing. Who is the most absurd person you’ve been asked to meddle beats for? *

*Going back at bit, but _‘Seventeen Years’_ was used to advertise the Hummer H2, whereas _‘Bustelo’_ was used to soundtrack the Jaguar driving experience. What ride typifies the Ratatat sound? *

We started out on a hang glider. Moved on to a Lambo’. I think now we're approaching hydrofoil.

*There seems a Balkan pomp underpinning LP3_. Was there any temptation to go the full hog and leave the synths behind for a focused gypsy sensibility? *

I think you can have synthesizers and still have a focused gypsy sensibility. In fact, that is what LP3 aims to prove. If LP3 was an essay that would be its title.

*How do you respond to the claim: _“Ratatat will be signed by Star Trak as the understudies of The Neptunes”_? *

I haven't signed anything yet. We're negotiating for a bigger advance and a company car.

*Finally, for people shelling out for the record, what is the perfect setting to listen to _LP3_? *

Put your head in between the biggest, bassiest speakers you can find, slowly turn the volume knob until it becomes painful, then turn it back slightly or you'll damage your ears - you'll need those for LP4. Turn the lights down, if not off. You might want to close your eyes, but you don’t have to. Don’t read anything though. If you need to get up to get a snack or use the restroom, wait for the end of the song, press pause and go do what you have to do. Don’t listen from the other room, the sounds will be muffled. That’s fine for subsequent listenings, but first time listeners should really be focusing here. Listen to the whole record. I know 42 and a half minutes is a lot of time to ask of you, but I think you will find that the songs will reward you for your attention. Most importantly please don't listen through laptop speakers or the free ear plug headphones that came with your mp3 player. Give it a real go on a proper sound system. Otherwise you'll be missing out on some important frequencies. That is science talking. Follow those instructions and you’ll have those bowels back in working order.

LP3 is released on Monday, July 7. Find Ratatat’s website here (MySpace) or catch them at one of these UK dates: