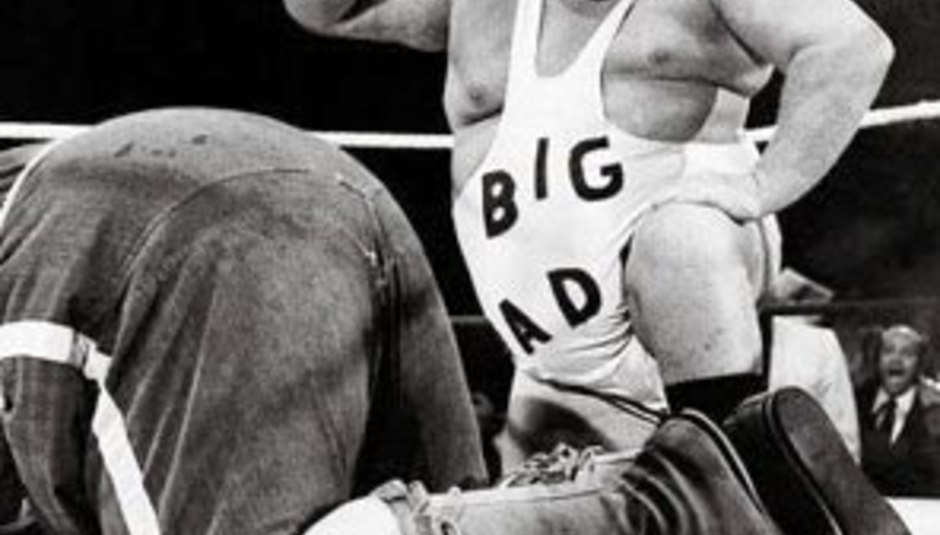 Father's Day buyers guide: five records for the (old) man in your life

Father's Day buyers guide: five records for the (old) man in your life

Father’s Day: bit harder to buy for than Mother’s Day, don’t you think? You can’t really say it with flowers, and tidying the house doesn’t always cut the mustard. Nope, more often than not it’s a trip to HMV to update pa’s record collection for the digital age, over 25 years after this thing called a compact disc first arrived on store shelves.

Only it doesn’t need to be so boring: dad’ll go on never playing Tusk y’know, you buying him the ‘expanded and remastered’ edition will barely register. He heard it at the time. If he wanted to play it again he’d go out and get a copy himself, be it double-disc slickness or (most probably) a CDR burn off the guy at work who geeks out over Record Collector_ every lunch hour. Why not get dad something new. Really new. Like this year new. Near enough.

Here’s a selection of pointers to help you on your way towards opening You Snr’s ears up to what’s been floating DiS’s boat of late.

Situation: Dad’s always harping on about how Music Died the day Buckingham and Nicks called their relationship quits, regarding Rumours an inferior follow-up to the self-titled of ’75.

Solution: Buy him All Hour Cymbals by Yeasayer (DiS review); it’s obscure enough to still tick his Indie Points boxes, which he clearly still holds so dear, yet possesses enough echoes of Fleetwood Mac at the peak of their weirdie-beardie-popster powers to keep his car journeys to and from the office entertaining. Plus it’s hugely unlikely anyone else at work will know who the New York four-piece are, save for that Record Collector boffin. The kids will either think of him as the coolest, or rip the piss even more than they do already.

Video: Yeasayer, ‘Wait For The Summer’

Situation: Dad’s of the opinion that The Boss holds all the cards so far as everyman-appreciated rock ‘n’ roll goes; play him in a bar or a ballroom, same effect. Badmouth ‘Born To Run’ and he might chin you. Yeah, you’re his little boy/girl. But that sock in the gob’s for disrespecting a titan of his time.

Solution: Buy him Boys And Girls In America by *The Hold Steady *(DiS review). It might’ve picked up the majority of its praise last year, the year of its release, but the LP’s a slow-burn affair that’s still selling at a trickle; plus, with the band due to feature at a number of summer festivals, their infectious live sets should see this leap a few albums chart positions. Get his this now, on the cheap, and he’ll be set for the band’s next album, Stay Positive, due out in July. Frontman Craig Finn is no Bruce – who is? – but the man does a fine impersonation.

Solution: Buy him Twenty One, the latest LP from* Mystery Jets* (DiS review). While the Eel Pie Islanders aren’t 100 per cent ‘80s, there’s enough retro high-jinkery on this album to guarantee pops his fair share of favourable flashbacks. He’s probably – possibly – heard at least one of the album’s two singles to date, ‘Young Love’ and ‘Two Doors Down’; that being the case, you’ve recognition on your side with this one. You might even get a cup of tea out of the deal. Just don’t stick around long enough to witness him dancing “like the old days” with mum, around the living room debris: barely-read broadsheet, empty coffee mugs, toffee wrappers…

*Situation: *You’ve bought every Yes re-issue, every Pink Floyd special edition, the last King Crimson LP to actually be worth the material it’s made out of. You’re spent. Yet, still daddy’s prog appetite isn’t satisfied. Did this man never listen to John Peel?

Solution: Buy him In The Future, the latest (and much-acclaimed) album from Canadian proggy-types Black Mountain (DiS review). Hipster enough to ensure you don’t look like a berk in HMV when you’re picking it up (hell, take a copy for yourself, too), but rooted deeply in the sort of hazy headiness that dad’s so into, this combination of cools retro and contemporary delivers the sort of balanced listening experience both you and your old man can enjoy. Perhaps you’ll bond like never before? Perhaps you should just leave this for him, making your excuses for not delivering it in person.

*Situation: *Graceland is the be all, the end all, the everything between, and Chevy Chase is a misunderstood comedy genius whose turn in Spies Like Us holds up to this day. Your dad, friend, is in need of more than an album for Father’s Day to set him straight.

Solution: Buy him – less Al, more Blake – Vampire Weekend’s debut of earlier this year, Vampire Weekend (DiS review). It’s close enough to Paul Simon to keep pops sweet, to not have him thinking you’re leading him down a wonderful garden path of sweet new discoveries, but So Hot Right Now enough to earn him kudos should a young traffic warden slap a ticket on his Focus and spy it through the windshield. Plus it’s got swear words in it – snigger snigger, et cetera. Sing-along, dad: who does give a fuck about an Oxford comma, indeed?!

You get the idea. Dad likes Public Enemy, buy him Cadence Weapon. Yes? No? Mark Lanegan or the new Gutter Twins LP for aging fans of Johnny Cash? Jens Lekman for oldies into Scott Walker, or maybe simply The Last Shadow Puppets? Just not the Radiohead best-of, yeah? Thom’ll hate you for it. And you wouldn’t want that.

DiScuss: Your then-and-now Father’s Day parallel-o-buys, suggest them below, do.