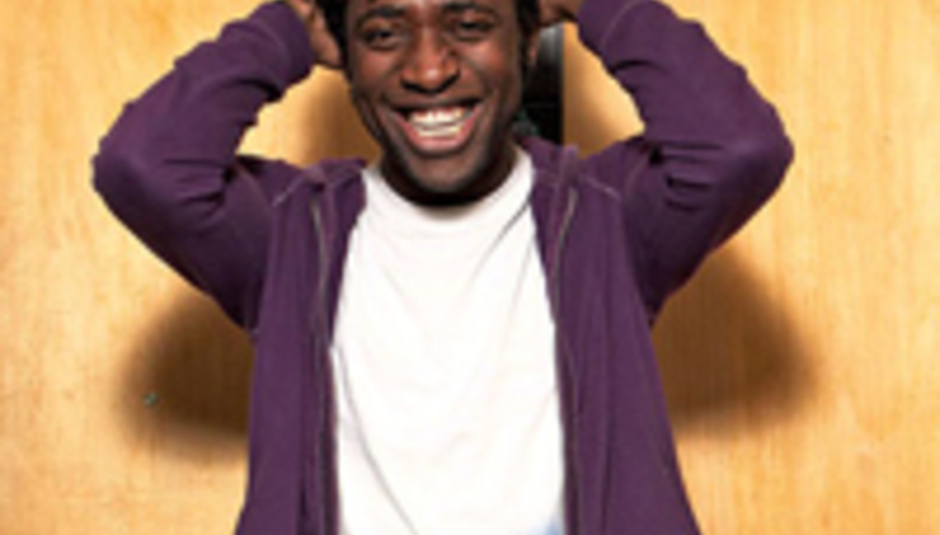 AQA is a fine and useful resource. A legion of faceless wisemen to test otherwise unprovable theories, like a) if a child were born with the necessary physical properties, would it be able to swim up a waterfall? and b) what's the correct term to use when describing a group of jellyfish? Answer? A smack. As for the former, we're still not sure. DiS thinks after several texts we managed to argue AQA into submission. So, yes - it is possible to swim up a waterfall.

Anyway, AQA got in touch yesterday to put _us_ in touch with Bloc Party frontman Kele Okereke. As was fitting, Kele would play wiseman for a day, to promote this webchat he'll be doing with the company at **11am tomorrow morning (Fri 6 Jun). Any Question Answered? DrownedinSound's Sean Adams put the questions.

First though, here's a picture of the AQA logo to break things up: What're your top quotes of all time (from song, novels, speeches, movies, whatever)?

Kele:Recently I heard a quote by Martha Graham about the nature of art which I found incredibly inspiring. She talks about how that, as part of creative endeavour, the artist will never be satisfied. It's folly to equate happiness with artistic endeavour. Artists should be a conduit for an almost divine source. Artists should let go of notions of satisfaction and success. I found that really inspiring.

If you could be any other person, real, fictional or dead, who would it be?
Kele: Britney Spears, dead.

If you could ask Stephen Fry any really hard to answer question, what would it be?

Kele: I've always had a soft spot for Stephen Fry, I saw him being interviewed by Billy Connolly’s wife. She did that series of in depth interviews and I thought you she was being very invasive and I felt like giving him a hug. I wouldn't hassle him with questions.

Where is the best bakery in the world?
Kele: I only tend to eat baked goods in Germany, I'm not a big fan of eating pastry in the UK. My grasp of German is so bad that I only eat things I can point and look at, like bakery food.

**What's the etymology of your surname?

Kele: I'm not sure I'm qualified to talk on this subject, it's my dad's surname!

Kele: The Hype Machine is quite a good website for finding stuff online.

What've you been reading lately?

Kele: The Master and Margarita by Mikhail Bulgakov.

We hear you've been recording. What sort of thing can we expect, and when?

Kele**: We're looking at putting a record out at the end of this year, or the start of next year. Right now it feels almost like we're standing in the middle of a forest fire or an earthquake… it’s hard to know where the music is going. We aim to make something organic and inorganic, made of very real components but that sounds not real and frightening. Almost hyper real in a certain aspect. I'm really excited.

Thanks Kele and thanks AQA. That webchat = tomorrow, here, at 11am.