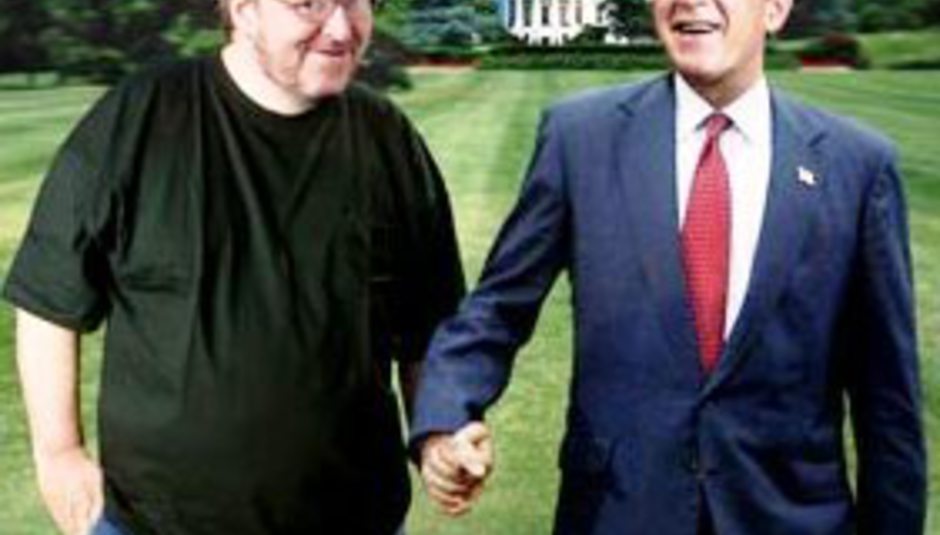 DiS Missive: Can't we all just get along?

DiS Missive: Can't we all just get along?

I don’t rise to bait especially easily, but earlier this month I very nearly snapped and tapped an e-mail the way of one of my peers. In its June issue Artrocker – a magazine with its place in the grand scheme of this industry we call our own – had published a bizarre attack on DiS. Without going into too many details, it was a woefully inaccurate critique, going so far as to deem DiS users “twats” and “lonely losers”, and suggesting we keep our business dealings with BSkyB on the quiet. This some months after a widely-circulated press release stating the company’s position and intentions ahead of the launch of our new sites. Maybe you’ve seen them? Guess Artrocker missed that particular memo.

Deep breath, and release: of course I didn’t send a missive the way of ‘Your Essential Indie Bible’ – which DiS is very grateful for receiving every month, as it gives us a good couple of days’ reading over our Sainsbury’s sandwiches and diet pop breaks – but even weeks later I’m still a little burnt by the seemingly unprovoked attack on a publication – that it’s online doesn’t especially factor into my consideration since I’m an old-school sort raised on inkies; I thought Web 2.0 was some secret mission on a Spider-Man console game until The Powers That Be set me straight – that I believe to be one of the best of its kind, written with a passion that infects everything from the smallest ‘zine to the glossiest monthly, but presented without barriers: you don’t like our opinion, brilliant, tell us yours. It’s simple democracy; where DiS trumps so many of its net-based competitors is with its community – these twats and losers – who can turn a negative review on its head in a matter of minutes. It’s a brilliant blessing and a frustrating curse at the same time, but an essential element of DiS that’ll never be ostracised from view.

My point here: we, the community, get along on DiS. We – you, more than us editorial sorts – bicker, bitch, argue the toss over the smallest records, debate the merits of bands only ever likely to sell out the back room of the Pig & Ferret or the Dog & Duck, or whatever. It’s a model that works; designs might come and go with the seasons, but this community remains. It’s not, or it’s very rarely, Us vs Them in a vicious manner. It’s something the wider industry should take a look at, because times, they’re changing.

Everyone who works within the music industry knows it’s a shrinking marketplace – albums don’t sell as many thousands as they did a decade ago, singles are disappearing from store shelves (Woolworths is the latest chain to announce it’s soon to cease stocking physical singles, offering downloads as an alternative; whether it’ll succeed at all considering iTunes’ grip on the market remains to be seen), and venues are threatened with closure. The knock-on effect is that labels see their staff numbers cut – witness recent developments at EMI, where up to 2,000 individuals were told they would lose their jobs in January – and magazines (and websites for that matter) bend over backwards to present content New and Exclusive, Hot and Fresh, Thrilling and Exciting, et cetera. Of course it rarely is – Artrocker is nobody I know’s essential indie bible – but a stand must be made. Voices must be heard. But whose?

Artrocker’s heart is completely in the right place – it’s a shop window for breaking-through bands who can’t yet fit into the NME equation, let alone Q or Mojo. It might not always state its aims in the most favourable language, seemingly preferring to adopt a backs-to-the-wall Us vs Them mentality, but I understand this angle: it’s how I used to feel, years ago, starting out.

Yet when I was a little younger I read everything, never sticking to one option over another; NME, Melody Maker, Select, Q… hell, I even bought Vox from time to time, and picked up Kerrang! when I could. So that ‘I hate the NME’ attitude that weirdly rose up from my gut, around the time I was careering about Soho listening to Glassjaw’s first album on a near-daily basis, soon dissipated. I realised that I wouldn’t have half the breadth of musical knowledge, and appreciation, without the influence of all of those magazines, each of which had different agendas but made their arguments clear. They might have been competitors, but there seemed to be a sense of harmony – it was rare, as I recall, to read of one trashing another.

Which leads me to a simple conclusion: really, can’t we all just get along, guys? There’s a place for everything that’s held dear in this industry; it’ll continue to downsize but great music will always out, and it’ll forever need a conduit of sorts to carry the message of its excellence to those not in our very fortunate positions, where any album can be ours in a day or two, songs can be assessed months ahead of release, and ticket stubs are the things of misty nostalgia, crumpled paper in sweaty pockets replaced by ink-stained hands and tattered wristbands.

I’m in the habit of forgiving, forgetting, apologising, amending. When it’s the appropriate course of action. I’m not asking Artrocker to say sorry for badmouthing DiS – they’re as welcome to their opinion of this site as our readers and users are theirs on DiS’s own reviews and features – but it would be nice, soon, to see a sort of unity amongst the smaller voices in the industry. (DiS is the biggest site of its kind in Europe, but our reach and reputation counts for only so much when proverbial dinosaurs still operate the industry’s most significant levers and pulleys.) We do all have something worthwhile to say, but if we’re shouting over each other all the time, it’s just a cacophony of meaningless noise that no bands will benefit from. Put Blood Red Shoes on your cover, brilliant; we put out a single of theirs, remember? We’re singing from the same sheet, sharing the same clothes, sleeping with the same people. We’re practically married.