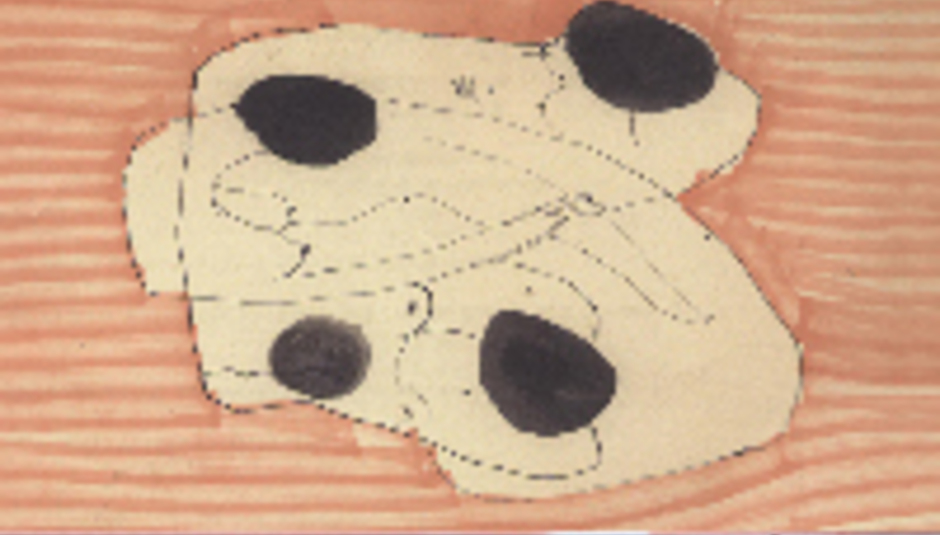 Johnny Flynn – 'Tickle Me Pink' (Vertigo)
Ever the wayfarer, Johnny Flynn’s new version of ‘Tickle Me Pink’ manages to retain the decent dirt trapped beneath country-road ridden fingernails while adding contributions from the gaggle of likeminds he’s met along the towpath; bass coming with a wizened bowl, Flynn himself still sounding like he’s smoking Halfzware shag somewhere at the party’s periphery. He’s a dab hand at crafting these tales of whimsy and distanced woe, tracks that sound worn but with enough life not to be worn-out, which is all merit itself in a style that hasn’t left many corners undusted. Flynn finds these cobwebbed alcoves and returns with fresh treasure, shining a light out from the dusty murk. KK

XX Teens – 'The Way We Were' (Mute)
The way they were? XX Teens have recently undergone something of a transformation, ditching their old rhythm section and roping in a couple of new mates. It’s hard to discern what effect that’s had on the sound of this single - 'The Way We Were' is standard Teens fare that if anything sounds slightly thinner than it has done on the numerous occasions the band have played it live in the last year or so, rock overpowering the roll to slow pace, Rich Cash’s dark sunglasses less ironic all of a sudden. It’ll be interesting to see what debut album Welcome to Goon Island does with the XX Teens I’ve grown to cherish these couple of years past, but for now this is a tidy stop-gap. KK

The Triffids – 'Old Ghostrider' (Domino)
Originally recorded in the mid-eighties, ‘Old Ghostrider’ bustles into view a mere quarter of a century late on the back of a bass-withered steed, the clapped-out sound of rockabilly Fall suggesting time spent out in the desert guzzling sack with nothing for company other than the sound of Peel coming over the World Service. Now the reach of the radio waves has faded like the residual light from a dead star and The Triffids have returned to find Jo Whiley, George Lamb and Kelly Osbourne in Peel’s leather chair. WTF? Well, if anything ‘Old Ghostrider’ shows there was no FM golden era – 25 years on and this still sounds the 7/10 it must’ve done back then, occasionally rearing up into Neil Diamond’s ‘Cherry Cherry’ but for the most part sticking doggedly to its hip-swinging ‘Roadrunner’ swagger. KK

Joe Lean and the Jing Jang Jong – 'Where Do You Go?' (Vertigo)
The funnelled, head-down sound of new Britpop – one as impressed with '80s Bowie as it is with Setting Sons. Me? I got bored of clopping around Stepney in pointy shoes about five years ago, but it seems Joe Lean are tied to the cause and house parties spent nodding to the sound d’heure before regressing into Up The Bracket by about 4am. Joe Lean usually throws up a saucily conceited line or two and this is no different – the frontman telling his errant missus that he “don’t want to make you cry, but I’ve been lying in our bed alone” before launching into a chorus that’s actually quite good but that can never quite get the taste of The Kooks out of its mouth. And that shit’s just too acrid. KK

Morton Valence – 'Chandelier' (Bastard Recordings)
I honestly have nothing to say about this single. Therefore, I’m going to catch myself before I launch into yet another anti-mediocrity rant. Word count? It has got a xylophone in it. Dull, dull, dull, dull, dull, dull times. KK

Sebastien Tellier – 'Divine' (Record Makers)
This is France’s Eurovision effort. Sebastien Tellier, of course, is more notable than no-mark, dutifully working away on various odes to copulation that’ve garnered acclaim from most quarters from the comfort of his Parisian boudoir. This though is reckoned to be a less grubby affair – “It's about a time of innocence,” Tellier says. “I visualize a bunch of kids playing on the beach and I'd really love to play with them." Whether or not the kids want to play bat-and-ball with the strange hairy man is a moot point, this sounds like it was written for damp-eyed adults in desperate need of new ways to reconstruct the glittering spectre of their youth. Seems like Wogan and the Eurovision bosses might just be agreeing on something for once this weekend. KK

Young Knives – 'Turn Tail' (Transgressive)
It’s probable that when Young Knives wrote ‘Turn Tail’ it was intended as a kind of auto-elegy, knotting the noose early before the feral youth of thug Britain turned their heckles into blows and gave these Oxford 30-somethings the street death irony longs for them to have. Irony’s going to be anxiously checking his watch a while longer, however – it seems Young Knives do best when backs are to the wall, throwing themselves into a new album that has slowly revealed itself to match the best work of their career to date. Like Young Knives? There’s an 8/10 chance you’ll like this. Don’t like Young Knives? There’s a 5/10 chance you’ll like this. Which isn’t bad for a band who looked like they’d already done the numbers. KK

Pivot – ‘In The Blood EP’ (Warp)
Proving Australian dance need not be served up entirely sans brain, Pivot’s ‘In The Blood’ is actually pretty good and a welcome respite from the hand-waving party drivel being peddled by some of their more tactless compatriots at the minute, mainly because it happens to take itself seriously; guitar scree pockmarking a barren landscape of mechanical purrs and ghostly synths in an industrial jolt well worth getting your robotic groove on to. I’m thinking this is how terraforming would sound were it an economically viable exercise.

The Futureheads – ‘Radio Heart’ (Nul Records)
There’s something of a dilemma being posed with The Futureheads’ third album. Their legs are splayed and cocks are thrusting, for sure, but with squarely FM-courting material like ‘Radio Heart’ one has to ask: to what end, exactly? The rhythm section still sounds mightily impressive once it gets motoring but, really, they can and have put it to better uses than this.

Late Of The Pier - ‘Space And The Woods / Focker’ (Zarcorp / Parlophone)
Late Of The Pier walk a fine line indeed between gurning brilliance and nutrition-free pander-pop gubbins, and with interest surrounding the band coming to a head, it must be awfully tempting to squeeze out singles as lazily derivative as this flimsy double-A. The first of these sounds strangely like Glen Frey’s ‘The Heat Is On’ as rendered by an electro Editors, and after some consideration I have decided this is a Bad Thing.

Black Mountain – ‘Stormy High’ (Jagjaguwar)
It’s with heavy heart we give praise to lumbering cock rock as stinking and blatantly unwashed as this, but Black Mountain’s ‘Stormy High’ really is that good, and with nary a hint of tongue in cheek, either. Which would all be fine were it not for the lingering suspicion that somewhere, Jeremy Clarkson nurses an ill-concealed erection with secret relish.

Sons And Daughters – ‘This Gift’ (Domino)
Lopping off their gothier inclinations for another bout of short-back-and-sides FM rock culled from third album This Gift, personally I’ve not been completely won over by Sons And Daughters’ recent makeover, and it’s only a certain brittle energy in the delivery of its title track that lifts proceedings above the merely mundane. Ho and indeed hum, as greater hacks than this one used to say.