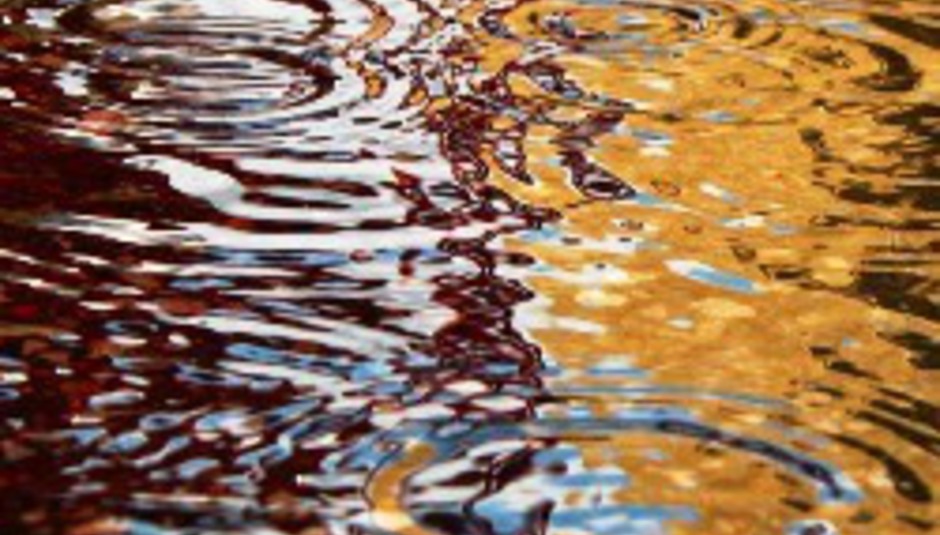 So, the showers briefly found their way to splitting, blue skies burning scalps as the summer threatened to make an early appearance; but here they are, back again, closing April out with a spit and a downpour.

Dampened though DiS’s shoes and socks most certainly are, we’re again refreshed by the breezy brilliance of so many of the past month’s new releases. Sure, April’s bounty isn’t quite as mind-bogglingly amazing as March’s bumper crop of album of the year contenders – Mystery Jets, Nick Cave and the Bad Seeds, Cadence Weapon, Elbow, Hercules & Love Affair, Why? – but nevertheless, a good ten have made the well-above-average cut again. Okay, that’s unfair – these are great, great albums. Check them out.

In May: there’s No Age’s debut proper (review), Scarlett Johansson’s Waits-covers LP (review), Fleet Foxes’ debut EP for Bella Union, Bon Iver’s For Emma…, Islands’ comeback sophomore Arm’s Way, Death Cab For Cutie’s Narrow Stairs, a double from Mudhoney, Tokyo Police Club and We Are The Physics, Spiritualized and Subtle, and many, many more. Expect reviews of those – and even some strays from April – in the coming month. Portishead
Third
(Island)
Says Nick Southall: “Third is not a pleasant experience. Even Mezzanine and Maxinquaye, perhaps the only other two records to have come from Bristol’s stable that come close to this in terms of foreboding aura, seem like twinkly children’s albums by comparison. Both ancient and futuristic, a mildewed signal from a more advanced culture that failed to survive the ice age, Third doesn’t make you pay attention to its desolate contours, but rather stare out of the window, creeping panic causing your mind to dart in a million dark directions at once…”
Read the full review HERE Crystal Castles
Crystal Castles
(PIAS/Different)
Says Kev Kharas: “What makes Crystal Castles so thrilling is that they turn the fruits of affluence into weapons to use against it, using technology to cut through the shitty mire. At times they seem to live and breathe through this technology – that much should be obvious already from tracks that have been on the duo’s MySpace for years, ‘Alice Practice’ and ‘Air War’ losing vocalist Alice Glass in shards of melting synth so you don’t know whether it’s the voice or the machine that’s in control, the latter invariably bleeping away like a life support machine…”
Read the full review HERE Frightened Rabbit
The Midnight Organ Fight
(FatCat)
Says Jordan Dowling: “Sometimes it truly is the quiet ones. Frightened Rabbit are testament to this. Two years after the (first) release of their debut album Sing The Greys, a good album but by no means a classic, and infrequent trips around the UK toilet circuit the Selkirk, Scotland-based four-piece have, from nowhere, released one of 2008’s truly great indie-pop albums. Michael Stipe, take note: this album could very well catapult Frightened Rabbit into the mainstream, and deservedly so…”
Read the full review HERE M83
Saturdays = Youth
(Mute)
Says Alex Denney: “With the stated aim to capture on record the brash exuberance of John Hughes’ Brat Pack high school comedies, M83 has taken a dive head-first into the lexicon of ‘80s pop culture and emerged with a clutch of winning tracks that borrow openly from any number of pin-ups of the era and glaze them in his breathy, expansive shoegaze sound his to generally winning effect. Think Molly Ringwald’s parted, pillar box-red lips, dry ice and cryogenics and you’re sort of there…”
Read the full review HERE David Karsten Daniels
Fear Of Flying
(FatCat)
Says Daniel Ross: “From its first note, David Karsten Daniels' latest full-length oozes poise and beauty. Such general terms seem hackneyed but, with Fear Of Flying, the right adjectives are immensely difficult to pluck and place. Indeed, that maxim can be applied to the man's entire career. As those in the know can attest, pop composers (one of the most loaded terms in music today) with the right balance of theory and horrific experience can become the most scintillating performers we have today – Daniels undoubtedly embodies this…”
Read the full review HERE The Envy Corps
Dwell
(Vertigo)
Says Shain Shapiro: “The Envy Corps underwent a difficult set of circumstances this past year. Despite finishing this, their debut album, well over a year ago, it remained unreleased, gathering dust on the shelf at home because circumstances forced the record to stay put. But rarely has a collection of songs emerged that speak so frankly with absolutely no pretence or stylistic packaging. Dwell is proof that music can mean much more when it is stripped of a scene and allowed to breathe…”
Read the full review HERE Torche
Meanderthal
(Hydra Head)
Says Mike Diver: “In the tradition of Dinosaur Jr, Soundgarden and The Melvins before them come Torche, an ear-splitting pop band from Florida whose key selling point is that you don’t need a massive set of stereo speakers to hear that everything they do is loud. It’s simply how they roll… terrifying momentum threatening to destroy everything before them… titanic choruses and sing-along lyricism bundled up in a dam-busting bouncing bomb of an LP. Folk with even the slightest tendency to occasionally head-bang to some rollicking rock music should investigate this as soon as they can…”
Read the full review HERE The Fall
Imperial Wax Solvent
(Sanctuary)
Says Samuel Strang: “He’s there again. Back stooped. Ale-soaked tongue hanging out his haggard gob. So sit in the corner and soak this up, The Fall’s Mark E. Smith spitting those same nonsensical stories you’ve had jabbered away to you so many times before, because, frankly, after a few duds peppered over the past few years’ releases, Imperial Wax Solvent is another remarkable batch of brilliantly deranged tales no whiskey-breathed war veteran across the bar could trump…”
Read the full review HERE The Last Shadow Puppets
The Age Of Understatement
(Domino)
Says Alex Denney: “It seems somehow dismal that citing Scott Walker as a major influence on your new record should feel like a radical gesture, but The Last Shadow Puppets’ The Age Of The Understatement is as solid an idea in execution as it is in concept; a record unafraid to reach beyond its obvious limitations and produce a swashbuckling end result that might even broaden a few horizons for fans and players alike…”
Read the full review HERE dEUS
Vantage Point
(V2)
Says Tony Robert Whyte: “While it’s unlikely to ever be held as closely to the hearts of long-term fans as their career high watermark LP The Ideal Crash, of 1999, Vantage Point nevertheless captures Belgian quintet dEUS at somewhere close to their best. Their fifth album in all, and second after 2005’s Pocket Revolution since they returned from a four-year hiatus, this collection showcases the band’s sonically adventurous take on mainstream radio rock a la Radiohead and Muse…”
Read the full review HERE

DiScover Album of the Month Wildbirds & Peacedrums
Heartcore
(Leaf)
Says James Skinner: “Wildbirds & Peacedrums’ Heartcore is a first offering as suitably untamed as it is fervently (unexpectedly) beautiful, emotional impact resonating throughout – most tangibly in its tranquil moments, though strikingly so when it ups the volume. It remains as bold and imaginative a debut you’ll hear all year, from a duo whose unified talent and staggering virtuosity marks out a very bright future indeed…”
Read the full review HERE