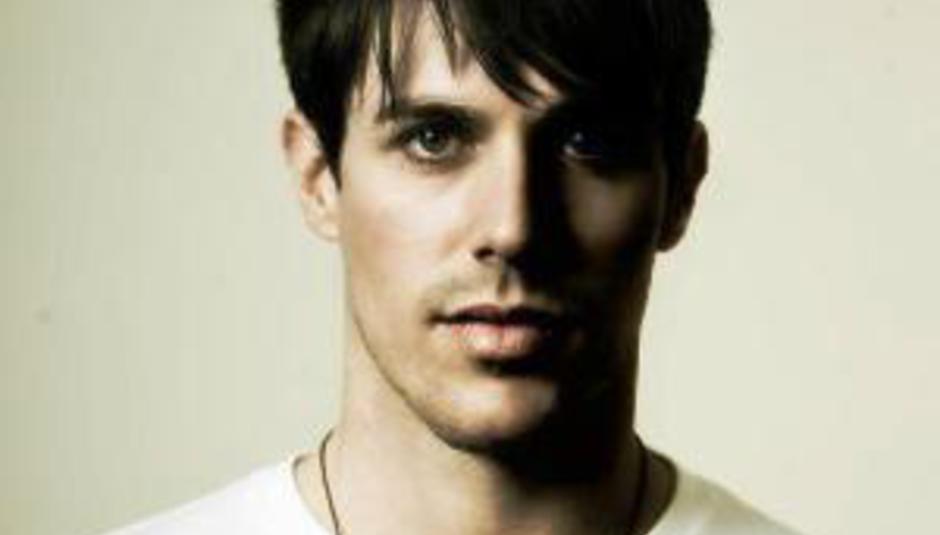 Sam Sparro is the 24-year-old pop phenomenon whose ‘Black & Gold’ single, released at the end of March, has taken up residency in the UK top five and seems unlikely to start its slide downwards anytime soon; indeed, last week saw it bounce a place up, from three to two, suggesting the LA-based but Australian-born pop-soul songwriter is attracting new admirers with each passing week.

‘Black & Gold’ isn’t a fluke, either – those who’ve picked up his self-titled debut album this week – it came out on Monday and is reviewed here – will have heard a handful more potential hits, in a mixed bag that the man himself admits muddles the serious with the utterly not-so, party starters nestling beside more introspective passages.

With comparisons ranging from Calvin Harris and Jamie Lidell to, ahem, Jamiroquai, it’s clear that Sparro’s music isn’t for everyone just yet, but one thing that’s certain is that he’s going to be a fixture in the UK albums and singles charts for the near future. With that in mind, we got Sam on the phone for a little DiScover Q&A.

Hi Sam. Any fear that this could be it for you, that ‘Black & Gold’ is the career zenith and nothing that follows will top it commercially?

Erm, it could be. I mean, who can say? I’m just enjoying the ride at the moment and not thinking about that to be honest.

Fair. Does it surprise you at all that your first single proper here has been such a massive success? Did you listen to it back and think: this is the one, the massive pop hit?

No, because when I wrote the song it didn’t really feel very commercial, and there wasn’t really anything on the radio that sounded like it. I didn’t think it had that quality about it, so to watch it going up the charts is strange. It’s strange to think about it as a pop song – I just hope it doesn’t get played to death!

So long as you don’t tire of it, I don’t suppose it much matters what the public reckon – if it’s on the radio, someone somewhere is hearing it for the first time, each time.

I would have thought I’d be sick of it by now, honestly, but I’m really not – I think it’s a really good song, and I’m really proud of it. I must’ve sung it about 60 times this week already!

You performed at the Camden Crawl – what was that like for you, as a pop act, playing to a crowd of indie kids?

It was very much an enjoyable experience, and the crowd was really good (see our In Photos special). I get the feeling that some of that crowd is becoming a little tired of the indie stuff around right now, so for them seeing me was something different from what they’re used to – something fun, and that doesn’t take itself too seriously.

You feel that comes through on the album, this sense of fun?

I think it’s quite an inclusive album – it doesn’t isolate people. The audiences I have played to so far have been really mixed, and that’s good. Good music should bring people together.

And it’s been decently received, the album, so far – I’ve seen a spread of positive reviews.

It’s great, although you have to take it all with a pinch of salt as there’s always going to be bad press, too. Certainly I was a bit nervous that people were going to pan it, I’m quite proud of the fact that one reviewer called ‘Cottonmouth’ one of the worst songs written in the last 60 years. I thought that was quite the accomplishment!

I wrote down here that ‘funky’ would possibly feature. It does contain plenty of that ‘f’ word, so it’s not a dirty one to you?

Oh, funk isn’t a dirty word at all to me. When did it become a dirty word? Also, I don’t understand why England has such a fear of soulful music. It could have been because of Simply Red. I’m gonna have to track that Mick Hucknall down.

Are there any acts in particular that you can identify as definite influences on the sound of the album? I’m hearing echoes of Outkast’s The Love Below on a couple of songs…

Some of the same people that Outkast would have been listening to, probably – the P-funk era, George Clinton and Funkadelic. That sort of really eccentric and over-the-top, ridiculous songwriting. Just really playing on quite simple… You know, some of the songs on my album are a little deeper, more honest and a little existential, but some are simply fun, playing on things which are exaggerated.

You play characters in the songs, perhaps, that enable you to articulate tales in ways you wouldn’t otherwise be able to?

That’s something about this style of music that lends itself to being larger than life, and there’s real value to that – nothing is plain, it’s all really big. So yeah, sure.

I’d also suggest you’re quite the fan of Prince…

Of course, Prince is amazing!

He enjoys a massively diverse audience – is this something you’re aiming to build?

I do think my audience is really wide, like Prince’s potentially. You’ve this camp, purple-dressed dude who’s really short but plays the guitar like a motherfucker, and in the audience you’ve businessmen, people of all shapes and colours, people into rock and soul and weird electro, gay and straight people… His audience broke down barriers, and it’d be great if my music could include everybody like that.

And if your career stalls commercially, will you pack it in?

I hope not. I’ve been doing this for years, and I’ll continue to do it for years regardless of what happens on a commercial landscape. It’s what I’m always going to do.

Back to the debut – I’d guess some of the songs have been knocking about for a while, as is the nature of most first albums.

A couple of songs are quite old – the first track, ‘Too Many Questions’, I wrote probably about five years ago. It’s pretty nice to get it out there now. I’ve tonnes of songs that haven’t yet seen the light of day. Some of the album songs were written quickly; others had been marinating for a long time. Some were only finished a week before the recording was meant to be finished!

Okay, quality. I reckon there’s enough here… I can fill in the gaps by…

Google! When I get the same questions over and over I tell people to just Google the answers (laughs), but you asked interesting questions. Just don’t believe anything you read on Wikipedia, that’s the only advice I’ll give you – the last time I checked it, my entry was completely inaccurate. So much for that site, then – I just laugh at it.

Sam Sparro is out now (review), as is the single ‘Black & Gold’; find Sam on MySpace here, and see/hear the man on tour as follows:

2 Newcastle The Other Rooms

24 Birmingham The Place I Love

WIN... we've a few copies of Sam Sparro to give away. To win one, simply post below a reason why you deserve one. Sob stories welcomed. Winners will be contacted by May 9 via a DiS note.