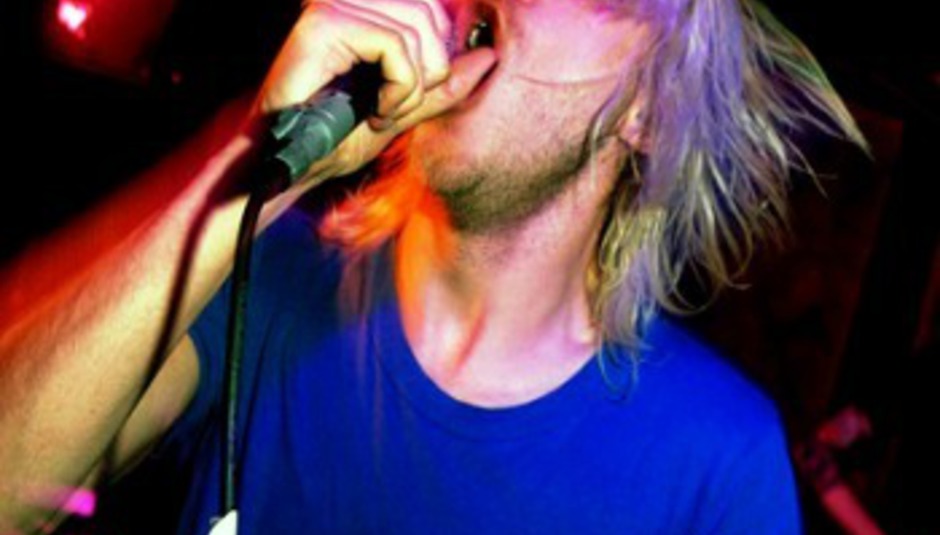 The annual Camden Crawl kicks off its two-day stranglehold on NW1 tomorrow, rocking out through ‘til the early hours of Sunday morning. We will be there, hosting our own venue (The Bullet Bar, 147 Kentish Town Road) showcasing a variety of top DiS-approved regulars alongside a smattering of new talents – more details of our bills for Friday and Saturday nights to follow. In the meantime, here are our picks for the Crawl as a whole – miss these acts and you’re a silly.

Crystal Castles
Among the leather jacketed hordes and lank-haired boys sure to be spilling beery tears in the gutter this weekend stride Crystal Castles, a duo fearlessly cut from new cloth. Their time will come, though fairly depressingly you feel like that time may coincide with the end of the civilized world, Claudio and Alice rooting around in a gathered kipple for pop from ridiculous sound, post-digital stigs lost in their data dump. KK
MySpace

Future of the Left
Hollering and spittin’ outta Cardiff like Los Camp!’s knife-juggling daddies, Future of the Left have successfully transplanted the intellectual rage that informed so much of Mclusky’s material and refined it to craft hook-laden pop rockers that buck like rabid mules fed fiery bell peppers thrice a day. Their debut album, last year’s Curses, is still a firm favourite at the DiSopolis, primarily ‘cause it makes us psyched enough to smash in the faces of all the pricks paying for their Sainsbury’s sandwiches in coppers. Pricks. MD
MySpace

Johnny Foreigner
Boisterous Brummies with every Distophia- and D’Plan-fancying fanboy falling at their feet, Johnny Foreigner’s brand of convulsion-rock ain’t nuddin revolutionary, but it makes your body jerk as if you’d jacked a special place into the mains while sippin’ gin… okay, downing the stuff without it touching the sides. Super fun and hella catchy, expect songs from the band’s forthcoming Waited Up ‘Til It Was Light album to stick in your head ‘til the next Crawl comes around. MD
MySpace

Let’s Wrestle
They might look like they’d be proper shit in the ring, but on the stage this trio bash out jauntily amusing ditties about this, that, and more often than not the completely bizarre other. It’s a bit Jeffrey Lewis, a bit David Shrigley, a lot of foot-tapping addictiveness, like E-numbers made aural and served by kids barely old enough to buy the booze that sponsors this ‘ere Crawl thing. Their EP, In Loving Memory Of…, picked up a 9/10 review on DiS here. MD
MySpace

Lovvers (pictured)
Rising chaotic stars of the indie circuit, the quartet of bad-haired garage punk-rockers that are Lovvers was born from the ashes of the now-mythical The Murder Of Rosa Luxemburg. Entirely different from that concern, the Nottingham psychotics now concentrate on a unique form of rock-based disembowelment. Free and loose, dirty and frenzied. Quite compelling, all told – get along and sweat. GD
MySpace

M83
Parisian dreamer Anthony Gonzales’ new record is a collection of soaring song that promises drama live – tracks like ‘Couleurs’ and ‘Graveyard Girl’ sure to be pulled from Saturdays=Youth, while older tracks will only flutter hearts further, M83’s signature move chasing synths that bleed and break with fresh sweat. KK
MySpace

We Are The Physics
Somewhat of a cult concern right now, there’s a huge amount to love about We Are The Physics. Be it their schlock sci-fi presentation, or their mongering of the Devo jerks and rhythms; they’re probably the most enjoyable and wholly fascinating live band you could see inside a sweaty, enclosed room right now. 2007 saw the release of a pair of limited singles, 2008 sees an entire album. Rejoice! GD
MySpace

Wild Beasts
DiS is literally moistened of undergarment in anticipation of what could well be the home-grown debut LP of the year in the shape of Wild Beasts’ Limbo, Panto when it drops in June. The Leeds-based oddballs are already black belts in skewed pop genius and for Hayden Thorpe’s extraordinary falsetto rasp alone you have to make sure you catch this brilliantly divisive outfit at least once before you die. Your popped clogs will thank you for it. AD
MySpace