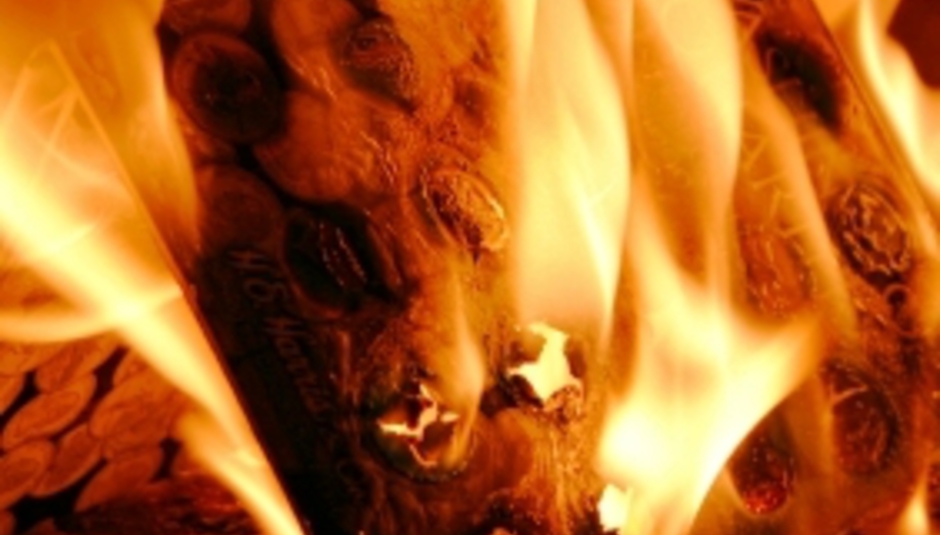 Maybe it’s an obvious thing for a competitive site like DiS to be suggesting, that the printed critical word is dying a death, but there’re facts to back up the idea, and repercussions. Recent ABC circulation figures have revealed that established titles like Kerrang! and NME are losing readers. Where are these eyes heading to, in order to get the latest information on what’s hot ‘n’ not in the modern musical landscape? Online, probably. Possibly. Upshot of the failings of traditional media: a downturn for the fortunes of record labels.

Certainly this seems to be the case across the Atlantic. Earlier this month, Reuters reported that stateside magazine closures – most notably Harp and No Depression – were having a negative impact on record label fortunes, as the drying up of titles directed at particular demographic groups led immediately to the breakdown of communication regarding relevant new releases.

And it’s not just reviews that are important – advertising, too, is vital when selling a new release, and by tailoring its campaigns around particular publications a label can ensure maximum returns by reaching immediately to a core audience. The loss of relevant print magazines equals less advertising space of absolute significance, and the growing number of online ‘zines and ‘blogs with many a stripe earned only increases the pressure on publishers as they find advertising revenue – from labels looking to reach said readymade listeners – channelled elsewhere. One label president, quoted by Reuters, comments: “The internet has become much more important for us. We now have staff members dedicated to growing our online presence, and the social networking sites and ‘blogs are a big part of our outreach strategy.”

NME has lost 12.3 per cent of its readership on a year-on-year scale according to the latest ABC figures, published recently in trade magazine Music Week; Kerrang!, meanwhile, lost 9.9 per cent of its readership over the same period. Have these thousands of music fans come clicking this way for their critical fixes? I’d love to say they have, but analytical breakdowns of DiS and a number of other editorially-focused music sites reveal that, while figures for this site at least are rising, they’re not rocketing skyward in accordance with slips elsewhere. And besides, not all major music titles in the UK are in a state of decline: Q, the nation’s biggest magazine of its kind by some margin, actually increased its readership during the measurement period, as did Uncut and, best of all, Classic Rock. So, are magazine readers simply getting older, and there are no newcomers to replace them?

This seems the most likely solution to the dwindling circulations versus sluggish online growth puzzle: music fans in their mid-teens, in the UK, aren’t reading about music at all. They’re skipping straight to the source, via MySpace and other social networking set-ups geared to promote and host music in audio and visual forms. Which leads to a wider question: does anyone except those already embedded in the fabric of a system so clearly trying to shed its weighty overcoat give a shit what a critic has to say about their favourite band’s latest LP?

Maybe they do, maybe they don’t; chances are many a reader only checks out an album review after they’ve heard it already, in search of an authoritative voice to second their gut impression. But there’s also the notion that the sexiness of music criticism, the adventurous prose and damning dissections, has been all but eradicated from the field. Sometimes singular voices fight their way through the cacophonous chatter of predictable wordplay – I’d certainly argue a case for The Stool Pigeon and Plan B, and DiS of course – but, on the whole, a certain stagnation’s settled, and it’s been lingering some time.

Quoted in In Their Own Write – Adventures In The Music Press, John Peel said in 1999: “What I find depressing these days is the predictability of it. You always know what records they're going to review in The Guardian every Friday... If they say that JJ72 are the future of popular music, you think, ‘Oh, fuck off’.” Quoted in the same tome, journalist Lucy O’Brien adds: “In the '70s and '80s, the music press felt like an exciting place to be, you felt you were forging new ground and there was continually this sense of getting away with it. But, come the late '80s the bottom line really was sales and shareholders and branding. That crept in and swallowed up the anarchy and creativity, so people interested in those things have shifted into other areas. They may go into small record labels or small publishers, internet company and fanzine culture. It's still there, but it's gone back to the margins.”

So is that where you are right now, in the margins of the music industry? I’d like to say you’re not – DiS and a number of its peers are now recognised as important players in this game of chance, an ever-spinning roulette wheel that produces so very few winners year after year (although the same game can’t quite explain the success of The Kooks, still). Yet you’re not reading our reviews, are you? You’re looking to pop your tuppence-worth beneath a DiScussion article covering old ground with new words – after all, the ‘do reviews matter’ argument has raged ever since someone said something about dancing and architecture, and no end-all answer’s been reached. Never will, so long as people have opinions. Providing those opinions are read, of course…

…So, DiScuss: is print dead, or merely twitching a bit funny right now? Do certain publications have a future due to their maverick streaks, or are these facets ultimately likely to prove their commercial downfalls? Does DiS’s word on an album matter to you, or do you click straight to Metacritic for an overall rating? If we all stop that will too, you know...