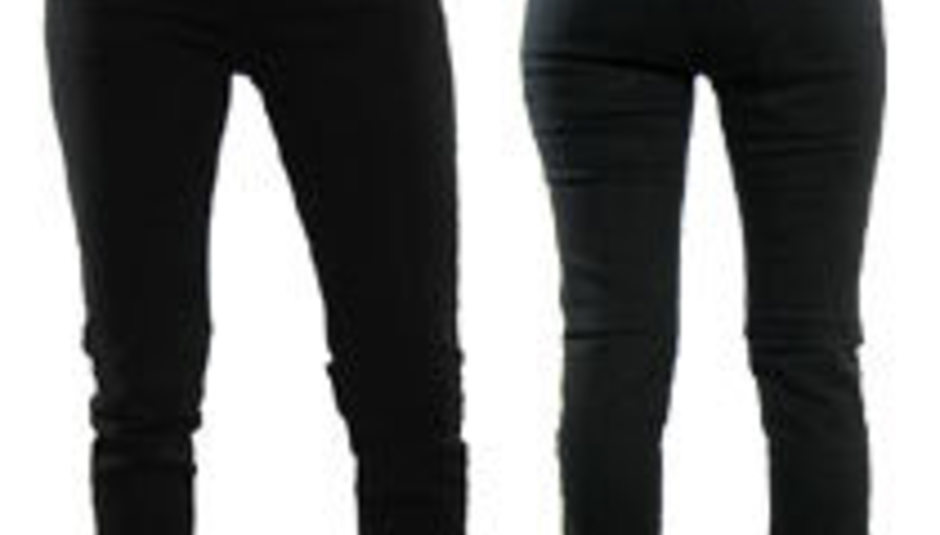 Earlier this month, a young man – too young to be named because of his age, 15 at the time of the attack – finally admitted to murdering a 20-year-old woman in Bacup, Lancashire. The woman, Sophie Lancaster, was assaulted in August 2007 primarily because of her look – both the deceased and her boyfriend, Robert Maltby (also assaulted), dressed in a fashion best summarised by the popular press as ‘gothic’ - black shirts, silver jewelry, et cetera. Further defendants in the case are also too young to be named by the press. Motives, it seems, are rather thin on the ground: the boys attacked because of the way their victims were dressed.

Those choosing to dress in a gothic manner have often acknowledged the intolerance of other social groups towards them – after the attack on Lancaster and Maltby, many online goth communities expressed concerns about rising violence towards individuals wearing the traditional black attire. The Observer, in February 2008, commented that the Lancaster case was merely part of a “rash of violent attacks targeting punk, goth and metal kids”. A petition has reached the Prime Minister, requesting that what defines a ‘hate crime’ be expanded to incorporate attacks such as the one that killed Sophie Lancaster.

This attack is a very extreme example of discrimination towards individuals because of their dress sense, one directly influenced by a culture surrounding a particular style of modern music. But cases of kids being intimidated or attacked because of their decision to wear clothes outwardly portraying their tastes in music and culture are common; everyone reading this site, more than likely, has experienced this either personally or through friends and colleagues. I know I have: I’ve seen a kid a few years down from me at university get punched out in Liverpool, and younger siblings of school friends bullied because they’d rather sport a band hoodie than some Nike tracksuit. You can take the nu-ravers out of Hoxton, sure, but you can’t promise their safe return.

This isn’t just a domestic issue, either: stateside many parents use online forums to sympathise with fellow mothers and fathers, whose offspring have been targeted for their fashion sense; each time, music has been a root of the ‘offending’ look. Emo style, in particular, comes in for criticism from many unfamiliar with its contemporary uniform of skinny-leg jeans and long fringes (see this guide). We may laugh at teenagers constantly brushing their hair from their eyes in Burger Kings across the land, but there are examples of this reaction escalating. It’s one thing to be called a gay, or a homo, in the street because your trousers are a little tight (or verbally dressed down by loudmouths like Tom Meighan), quite another to be chased, or beaten.

In Mexico, right now, trouble’s brewing for emo kids. The Daily Swarm reported earlier this week on how emo fans were being hounded by mobs, but how they were also fighting back. Anti-Emo communities are on the rise, reports the site, linking to a variety of reports and video clips. The government is aware of the matter, and an El Porvenir newspaper columnist, Gilberto Rincan Gallardo, has written in defence of the emo community: “If a group of young people like (emos) decides to get together and live life in a certain manner, and doesn’t hurt others, it’s the obligation of the Democratic state to protect them… It’s easy for an eccentric and easily identified minority group to be stigmatized and discriminated against… It’s the responsibility of the authorities to make sure the threats aren’t carried out and the aggressions are punished.”

While DiS keeps an eye on developments in Mexico (an update today reports on threatened attacks in Tijuana, here), we’re opening up this Weekly DiScussion for you guys to tell us your experiences, first-hand or otherwise, of discrimination experienced predominantly because of a look, a fashion, based on music. Can liking a band that bit more than another lead you to an appointment with A&E? Are we reaching the stage where cases are to increase, due to the amount of t-shirts sold at rock shows across the land? Bands and labels know this is where the money is nowadays, so one shirt design simply isn’t enough. Do you collect them all and get bruised for it? We want your stories, and opinions on how our fractured society can accept individuals, as they are, however they choose to dress themselves.

Of course, prejudice of this nature is nothing new – punks got it in the ‘70s, and goths have taken verbal flack continually since the early '80s. But what, if anything, can be done to change things? When does a hoodie deserve to be hugged, and when do they deserve to be mugged?