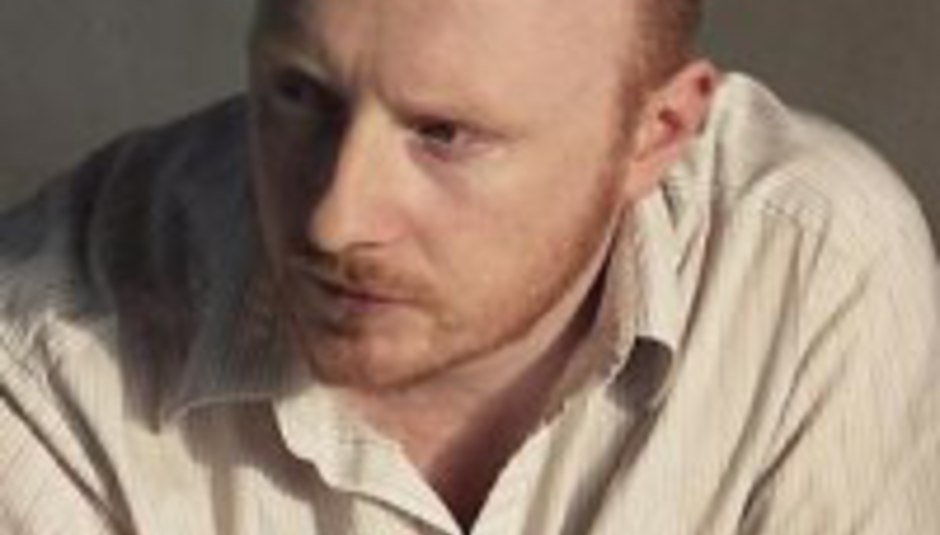 Sleight Of Art: Malcolm Middleton on why we've got him all wrong, sort of

Sleight Of Art: Malcolm Middleton on why we've got him all wrong, sort of

Malcolm Middleton made his name as the more musically-inclined half of beloved Scottish miserablists Arab Strap, an act famously forged from a shared love between Middleton and lyricist Aidan Moffat of cheap booze and Will Oldham records.

With the band dissolved in 2006, Middleton was free to concentrate on already-established solo pursuits, steering what we’ll optimistically dub his cheerily pessimistic vision through four solo albums, the latest of which, Sleight Of Heart (review), comprises brand new cuts and older material along with a handful of choice – and some might say unusual – cover versions.

DiS grapples with the vagaries of a fickle phone connection and an impenetrable Falkirkian accent to get the lowdown on the record and why Middleton isn’t entirely happy with being regarded as not entirely happy. Well, sometimes…

Was most of the material appearing on Sleight Of Heart originally written for the Brighter Beat sessions?
No not really, what it was really was that last summer I’d planned a short acoustic album with some cover songs, but at the same time I’d written 'Blue Plastic Bags' and ‘Love Comes In Waves’, and it just grew from there. I did have a couple of songs left over from A Brighter Beat and like Into The Woods which I’d tried recording for those albums but nothing really happened.

Is that covers album likely to see light of day now?
Not really, I couldn’t think of many songs I could play and sing properly.

Did you have a bunch of ‘em recorded?
No no, I kind of had a listen and stuff, but I’m not really good at covering other people’s songs. I think Sleight Of Heart is just something I wanted to tie up and maybe not visit again so I thought this would be a good way of doing this, just getting the songs out there.

Maybe most noteworthy among the covers is your take on Madonna’s ‘Stay’ – but who would come out happiest in a trading places-style scenario between you and the Madgefather?
I think Madonna would come out happiest. Purely from a romantic Hollywood point of view, I just think that she’d probably be able to relax and my life’s a lot easier and slower-paced than hers is. Maybe she’d miss her creature comforts, but I think definitely I’d find her life far too stressful, I don’t know if I could get myself down to the gym every day.

You don’t fancy padding round Guy Ritchie’s estate for a bit then?
No.

But do you think you’re a product of your environment in that way – in different circumstances might your music have come out very differently?
I’m not sure, it’s the whole nature versus nurture thing. I think part of me will always pick out the dark side of things but I don’t know if it’s got much to do with my life or anything. It’s strange reading reviews of my records, on paper I’m like this completely miserable, depressive alcoholic bastard.

Does your public image trouble you at all?
It does and it doesn’t. It does because that stuff’s out there, and part of me wants to fight it and say “look this isn’t me”, yet another part of me after that just gets sick of feeling this ‘cause people love depressing, downbeat music, so I sometimes think, “why change?”

You’ve mentioned in the past that you find it easier to write when you’re feeling down – have you ever tried to force self to write happy songs or does it come out all crap?
Umm, I think that I’ve tried it and then end up reading what I’ve just written and think it’s not really saying much, there’s not much quality or honesty to it, so I would then change it.

Did it bother you the way the ‘We’re All Going To Die’ single was kind of pushed? I know you’ve said that song was intended comfortingly but did you think there was a danger people would misinterpret that?
Well I did write it with the intention of comforting but knowing full well that it was from a really depressingly bleak point of view. I wasn’t annoyed exactly but I was aware of the fact before all the Christmas stuff happened... I think in the end more good was done than harm.

Was it strange being thrust into public eye for a moment back there?
Yeah, strange... I know what I don’t want with my life and that’s to be incredibly famous and popular.

'We're All Going To Die'

Aidan Moffat’s last record (I Can Hear Your Heart, review) was pretty frank – do you feel the need to keep something back in your lyrics that perhaps Aidan doesn’t?
Aidan’s more about the details and the flies in the kitchen sink type thing. But I keep loads back, there’s stuff I could never release ‘cause it’d just be too embarrassing.

What do you think the difference is between you and Aidan in that sense? What is it that allows some people to just let it all hang out, so to speak?
Well Aidan’s pretty unique in that he’s not bashful, he doesn’t do it to shock, he’s just brutally honest and I don’t really have that to the same extent. I’m a bit more self-conscious.

Do you ever look back and wince at stuff that you’ve written?
Yeah I do with some of the songs off the first and second albums. I’m also proud of them, I know they were necessary to me at the time, but I do cringe when I hear them back.

Good to hear you can take the long view in that way. What songs have you thought that about?
Well with stuff like ‘Crappo The Clown’, I was kind of aware that I was writing these songs that were pathetic, but that made me realise how pathetic I was being and made me able to stand up straight and walk away from it.

You mention on your MySpace that you’re going to travelling in May to try and find yourself – what do you think you might find?
Oh god you’ve been reading that fucking newsletter, that was just a joke. Naw, I’m just going out there to get out of the house for a bit and hopefully get a bit of perspective on things.

And the moral of the story? Lame irony is a difficult tone to achieve on a crackly phone line. Sod it. Sleight Of Heart is available now on Full Time Hobby; you can catch Malcolm (MySpace here) in the flesh at one of the following UK tour dates: