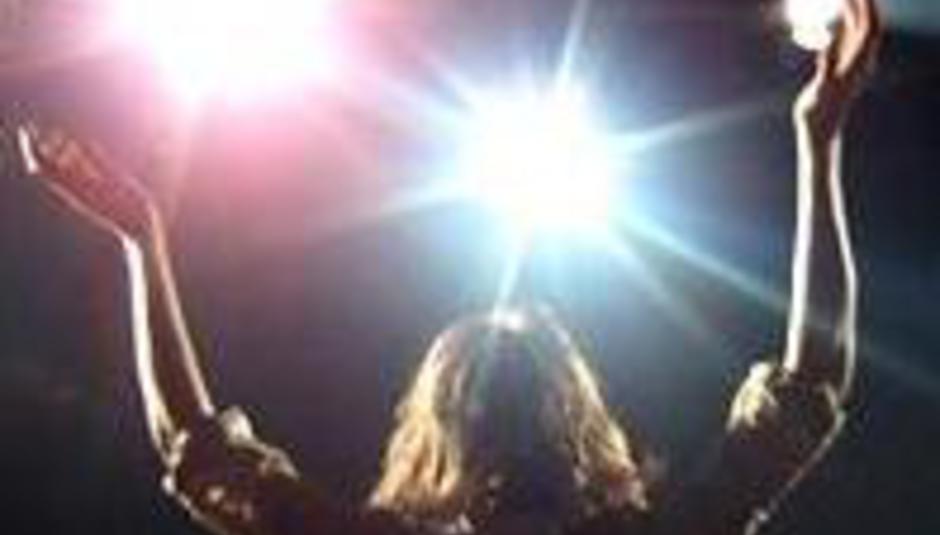 "I know we come across as dorks": catching up with Dananananaykroyd

"I know we come across as dorks": catching up with Dananananaykroyd

It's been a tough year or so for Dananananaykroyd, but things are finally looking a little rosier. Their faultless EP, Sissy Hits (review), is due for release in early April, they've just completed a messily hilarious mini-tour of the UK (including two sold-out dates with Foals), and they're supporting Melt-Banana in June. Last time DrownedinSound caught up with them officially, it was a similarly freezing evening spent in the dressing room of east London venue 93ft East. Today, we're in a grubby pub in Dalston eating very delayed and inexpensive meals ahead of their London date underground at Barden's Boudoir, originally supposed to be their record release party… what a saga it's all been! Anyone who read the last encounter will be familiar with the somewhat non-linear nature of a conversation with Dananananaykroyd. Let them explain…

How long has it been since we all sat down like this?

Is that the actual date? I was trying to narrow it down to months…

*JH*: I only remember that because I read that interview once a day to marvel at how funny I am.

I remember it was a Sunday in 93ft East, and halfway through you came down into the audience and chatted, but people weren't too receptive.

*JH*: There was this Bob Carolgees guy who was pure getting in my face. Duncan wanted the microphone back ‘cause he wanted to ask if he could borrow an amp, but I just carried on like, 'so tell me about yourself?' and he was like 'you're not entertaining'.

I've got someone's drumstick from that evening. It flew out and hit me in the shin.

John Baillie Junior (drums): Can we have it back?

What’s changed since the last time we spoke?

**JH: We all hate each other a little bit more.

**Laura Donaghey (bass): Not very much, we haven't put out any records.

**David Roy (guitar): Nobody's wanted to put out our record so not a lot has happened. We've wanted to. It's been a year of doing as many gigs as possible.

How many have you done this year?

*DR*: Not many, in a year maybe thirty or forty. Because we all work. So yeah, no records, it's been a year of playing and writing songs.

*DR*: Labels have now gotten in touch. I think they all just assumed that for the last year we were doing something with someone else.

*LD*: Maybe they thought we were signed to Jealous.

*JH*: Do you think they were quite envious of that?

D. Robertson: We wish they'd released it, but they ran out of money. They'd have done a really good job.

*CG*: I don't know how we do it, I think we're just pop culture eaters.

*DR*: Or we just sit in the back of a van going insane.

What's been the best and worst bits of the year?

*LD*: The worst bit was when the van door fell off.

*LD*: It was below freezing and we sat waiting about three hours for the RAC.

JBJ: While that was going on me and Calum were staying in some girl's halls of residence and she had loads of Futureheads pictures everywhere.

*DR*: Imagine if Laura went to that place (Laura is engaged to Barry from the band), it'd be like that episode of _I’m
Alan Partridge_.

*LD*: Me and Barry met her, and she got a kiss off him and then wrote about it on her MySpace!

(At this point, our food begins to arrive…)

And the best bit?

**D. Robertson: I don't know, we're quite an unlucky band…

*LD*: Staying in bunk beds the other night! (all sigh contentedly in agreement) We had a whole dorm to ourselves in Liverpool, and David jumped about in his sleeping bag and everyone laughed…

*CG*: We were laughing all night.

*LD*: What’s been better than that?

*DR*: The only thing that saved that gig was that The Futureheads are the nicest guys in the world. The people that put on that gig organised it so badly. The Futureheads gave us £450 of their own money… so that was kind of the best and the worst bit. Tell us a little bit about the tour so far.

JBJ: I started off unwell, I'm still unwell, so I'm not having a great time.

*JH*: One of the monitors caught fire last night.

D. Robertson: The sound guy was a complete…

D. Robertson: We get there and we play maybe a minute of our soundcheck, and this woman bursts in crying, barefoot. She said 'I don't mean to be rude, but how important is your gig?'!

*LD*: She said she had some big dance thing happening and we weren't allowed to make any noise.

*DR*: But the fire, yeah, the sound guy had a 16k P.A., which is more than enough. I think he was pushing the monitors because he was scared of his P.A., and the monitor exploded.

D. Robertson: Then the guy in the previous band got thrown out for trying to move his gear from the stage, there was a fight and we had to stop playing.

*DR*: I meant that it's like a little package, not just a bunch of songs. It's a wee bit old now, because of the label troubles. But we are working on our debut album, purely at the writing stage.

I'd like to know, specifically, if the line in '1993' about turning hissy fits into sissy hits is about anyone in particular.

*JH*: It's just because it fitted nicely as a phrase.

**LD: We had a few ideas about that line, including 'Shut Your Fucking Mouth'…

*CG*: It's actually a song about political struggles between Israel and Palestine.

D. Robertson: I think it's about turning bad things into nice creative things.

*DR*: It is kind of about someone, but not one particular person. It's just about general people… stop complaining and do your thing, sort of. Sissy Hits as in a bunch of wimps… fighting! Or hit songs, but they're for sissies.

*DR*: I know we come across as complete dorks but the lyrics do have some meaning.

You've written songs with elaborate structures before, but that song is the first time you've experimented with dynamics in such a big way. That quiet sing-along section at the end…

DR**: We're trying to write shorter songs, the new single is about two and a half minutes.

D. Robertson: It's about a hundred miles an hour and one chord. It's a good chord though…

**DR: I think with the music we play, every song has to contain certain elements. Sometimes you can't just do a two minute pop song. I think that's a cop-out. I like to write things a bit less throwaway, and that does tend to end up being a bit longer. '1993' was written specifically to have a total quiet bit, but one where it's properly placed.

**JH: I noticed that it's structurally the complete opposite of 'Greater Than Symbol And The Hash'.

*JH*: We're talking about bringing certain elements into songs, mine is fire.

*DR*: Mine is heart. (referring to the individual strengths of the Planeteers in _Captain Planet)_

*JH*: Dr. Doolittle says he can talk to animals, so can I! They don't talk back, though. I could go up to a horse and say 'how're you doing?'

**DR: That song should be called 'Dr. Doolittle Can Hear What Animals Say When They Talk Back To Him'.

JBJ**: 'Dr. Doolittle Gets A Stern Talking-Down From A Wolf'.

DR**: 'Dr. Doolittle Can Hear Animals Calling Him A Prick'.

JBJ: 'John Baillie Junior Is Still Waiting For A Burger'.

*LD*: I feel sorry for other bands who don't have fun on stage. What's that about?

*DR*: We could do with having some new songs. But it takes a while.

**Do you not have enough songs? ** *DR*: I've got enough songs, they're just not ready. We don't practise as much as most bands.

*JH*: That’s because as soon as I book somewhere it goes out of business…

Let's talk about that, would you say you're the unluckiest band ever?

*DR*: We just don't have a lot of good luck. We turn up with really crap gear that hardly works. It never works all the time.

D. Robertson: Maybe we're just idiots who can't get organised, and we can't accept that fact.

*DR*: We never make money from gigs, we have to travel home with huge losses.

**JH: Also, John, I left your bag in Liverpool.

**DR: That’s not bad luck, that's just five dickheads in a band with you…

*JH*: Do you know why you're in this band? Is it because you're a King?

And so on. It's on this sort of confusing territory that Dananananaykroyd defiantly stand. Both admirably angry about pertinent issues and then dourly dismissive of their importance when they're completely happy jumping about in sleeping bags. Unsurprisingly, a lot of material was left out here. Other topics of conversation included Kelly Clarkson, Jeremy Clarkson, Melt-Banana melting bananas in a banana shop being saved by a Japanese release of Dananananaykroyd songs being flung from a crashed lorry, and Calum giving an interview to the NME in which he spoke exclusively about video games.

The gig that followed this meal was, as reported on DiS, brilliantly manic, with every attendee having a personal experience (mine comes when Calum sings about turning Hissy Fits Into Sissy Hits - he approaches and gives me a camp pat on my folded arms before bouncing off round the room again). One feels all the necessary groundwork has now been done. Their joie de vivre is unbeatable, their songs unstoppable and their rise unbelievably necessary. Come the release of Sissy Hits, we should be dedicated solely to turning these sissies into superstars.

The band have two shows lined up, according to their MySpace page - see below for details. The debut album, Sissy Hits, will arrive through Holy Roar in April.