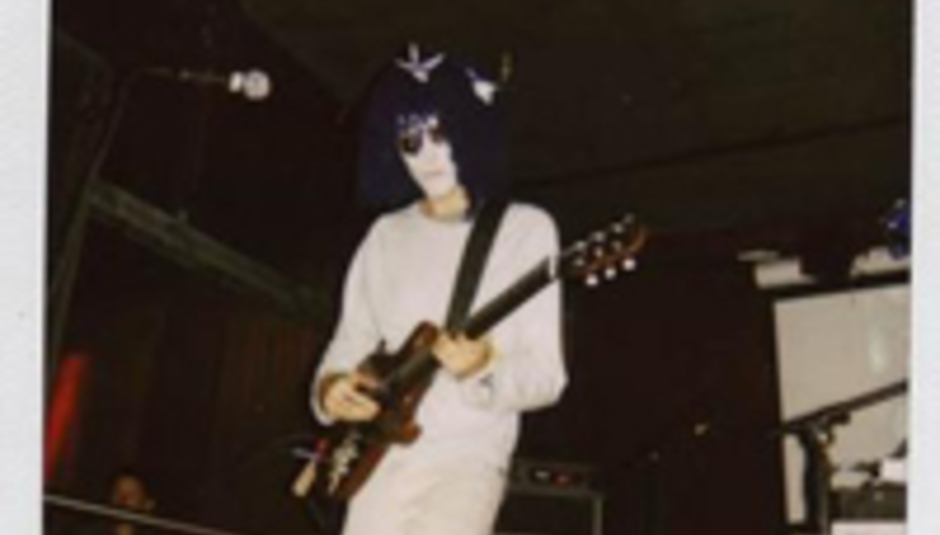 The latest offering from New Jersey’s Italians Do It Better label is a debut 12” from Eric Tsai and Justin Simon who together make up Invisible Conga People. That oblique and initially ridiculous moniker fits for a duo whose music is so subtle it makes label mates Chromatics and Glass Candy sound like Richard Kind; tearing down Johnny Jewel’s Moroder posters to make Kraut rock heroes Cluster king of the IDIB bedroom, for one night at least.

Rising up from some unplaceable dark, ‘Weird Pains’ and ‘Cable Dazed’ take ages to build, but when they do the blankets of burbling, affected guitars are stretched so thin the slightest change provokes synaesthetic fluttering under closed eyelids. Any admiration for such restraint sits uneasily alongside the tangible feeling that everything’s about to go wrong, Tsai and Simon stalking the same dead-end-of-night streets as Chromatics and Glass Candy but as lone outsiders rather than fellow party-goers, surveying squatting harpies and rutting, gnarl-face idiots ill with the acid in their bellies.

No video exists for either track, but both sides of the double A are available to stream at MySpace. ‘Weird Pains’ can be downloaded for free from our Drownloads ‘blog
- - -

Gnarls Barkley – ‘Run’ (Warner)
The giveaway comes as early as the first second as the mp3 crackles into life. Gnarls Barkley have done well to make it this far, protected by the bewildering success of ‘Crazy’ and Danger Mouse’s frantic coupling with anyone in need of a ‘name’ producer, but here a track that draws so heavily on the past sounds oddly throwaway; ‘Run’ making like its title and racing impatiently to its climax. Cee-Lo has definitely got the pipes for it, but they’re set against a backing track that doesn’t do anything with its samples and you wonder if Gnarls are taking more from the soul tradition than they’ll ever be able to put back. Refused extra credit on the grounds that after a few spins it unsettlingly recalls Pepe Deluxe’s ‘Race for Blue’, and that wasn’t very good at all, was it.

The Model Horror – ‘We Are Here’ (This is Fake DIY Records)
What? Who’s here? Oh, it’s those guys again, trying to disguise their rockist intent with vomit splashes of synth and stupid fucking laser beam sound effects. Which wouldn’t be all so terrible, really, if you managed to get more and further away from 2005 than The Automatic. Model Horror sound awkward dancing to their own beat, another rock band wearing rave like a toothless old gurner wears a dirty mack.

Josh Ritter – ‘Empty Hearts’ (V2)
When do people find the time to listen to this? When did Josh Ritter find the time to make it? Destined for some dreary, psychotic American teen drama that posits the sloppy soul of a spoilt teenage girl as the centre of the known universe.

Hayman, Watkins, Trout & Lee – ‘Sly and the Family Stone’ (Fortuna Pop!)
This is how to do sentimentality – Darren Hayman, ex of Hefner, and The Wave Pictures’ Dave Tattersall are joined here by a couple of mates for a track that shows singer-songwriters can do more than stare damp-eyed into the middle distance emoting a kind of simpering despair. Billed as east London bluegrass, ‘Sly and the Family Stone’ doesn’t have a great deal to do with its title, more an oddly-exotic ode to Hayman’s wife, whose money makes him a “kept man”. Which is a good deal for all of us, allowing Hayman to sit around his kitchen table, pretending to be Mick Jagger while scribbling dubious lyrics about the taste of “flat lemonade”.

Long Blondes - ‘Century’ (Rough Trade)
You wonder how The Long Blondes have managed to keep it together since they were dismissed by Jarvis Cocker as unlistenable in the Observer Music Monthly last year, so in awe was Giddy Stratospheres to the Pulp’s man’s lyrical cache and cadences. Perhaps word of that just hasn’t reached the band yet. So if you’re reading, guttts, but congratulations are in order, too, for getting out of that horrible, stuffy key Kate Jackson’s voice forces you to record every song in. Jackson opens up her throat here to instant effect, gliding over a verse that tosses out messages in bottles, making ‘Century’, for a few seconds at least, the best thing this band have ever recorded. But then the vocals bleed into the bridge and Jackson shifts key. It looks like it’s going to be guttts, all over the Mac screen, but then the verse comes back and the song is fantastic again. Huzzah!

Clinic – ‘The Witch’ (Domino)
Predictably brilliant new offering from the Liverpool quartet who dare defy their home city’s flabby musical nostalgia, sounding like a band who refuse to drink from the Mersey, paranoid and determined. Coming on like the Electric Prunes, or something, ‘The Witch’ finds its psychedelia in gutter oil rather than flower fields, the dirty, creepy old man inviting label mates Archie Bronson/The Pyramids back to his flat for guitar lessons. Two B-sides of equal measure make this the best of the rest this week; ‘The Witch’ certainly something you should invest in.

James Blunt – ‘Carry You Home’ (Atlantic)
I pray that one day my grandchildren will hear the phrase singer-songwriter and not have to flinch at the thought of Kermit the frog weeping into his wank sock. Predictably awful, but awful all the same.

Look See Proof – ‘Do You Think It’s Right’ (Weekender Records)
Fourth single issued by a plumber, a student, a glazier and a gardener from Hertfordshire sounds like you’d expect a plumber, a student, a glazier and a gardener to sound when they’re crafting a decent indie-rock track in 2008, though thankfully here they’re channelling The Futureheads rather than trying to out-snipe The Clash. ‘Do You Think It’s Right’ jostles along fine enough, at that non-committal pace that allows teenage girls in animal print and thick kohl to prance around in front of the stage without fear of stray elbows. While we’re appreciative of that much, a vaguely post-punk, vaguely indie-pop band in an age of Hollyoaks Music TV is always going to hit a glass ceiling; Look See Proof finding their faces pressed against it while The Futureheads stand on the other side of the glass, dangling their balls down possessed by a look of mad glee. An Os Darkroom remix on the B-side deserves a mention though, momentarily transforming the band into an exotic Strawberry Jam/Durutti Column hybrid.