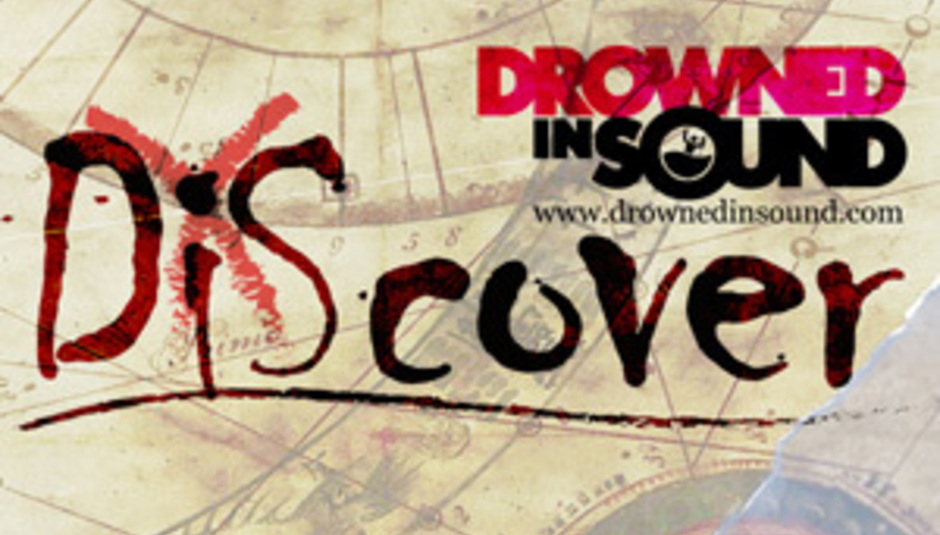 Another month, another MySpace Trail. Each of these fairly random click-through pieces will aim to introduce you to some spanking new bands, via the starting point of an act fairly established. Last month’s instalment began its path at the recently split Meet Me In St Louis, and for March we’re kicking off with DiS’s own Youthmovies. With their debut album out on Monday, March 17, now seems a pretty perfect time to remind wandering attentions of their brilliance.

Just like last time out, the rules are simple: from top friends to top friends on each band’s MySpace page, eight times; where we wind up, we don’t know ‘til we get there. Click the band names for the necessary MySpace links. Undoubtedly familiar to many a DiS reader regular or newly acquired, Oxford’s premiere prog-rockin’ five-piece (that’s ‘prog’ in the very best sense of the term – we’re not talking Yes noodling here) are to release their debut album via Drowned In Sound Recordings on Monday, March 17; its release coincides not only with their own headline tour – beginning March 18 – but comes after a series of shows supporting fellow townsfolk Foals. With that debut, Good Nature, receiving a plethora of great reviews, it seems 2008 might be Youthmovies’ most successful year yet since their 2002 formation.

Play: ‘The Naughtiest Girl Is A Monitor’, the single edit of which can be found on MySpace at present, alongside a smattering of new album tracks. By far the most recognisable song on the band’s debut – it was initially released on a Truck Festival compilation last year – the track condenses Youthmovies’ myriad directions into a fiercely potent brew.

Video: Youthmovies, ‘The Naughtiest Girl Is A Monitor’ While this Leicester four-piece do bear a few similarities with Foals, their energy’s absolutely irresistible, as anyone who saw them at December’s DiScover Christmas Party will tell you. Definitely inspired by the quirk-punk of stateside acts like Q And Not U and Les Savy Fav, the band’s self-titled EP was released last year via Try Harder, a label co-operated by Youthmovies’ own Al English. Ahhh, the connection is made… but it’s not simple nepotism keeping Tired Irie in Youthmovies’ top mates – this is punchy modern pop-rock with enough twists to keep the most demanding dance-punk happy. Undeniably touched by the influence of Joan Of Arc, Great Eskimo Hoax are the third band of three to have some sort of Foals factor in their musical make-up; that they’ve had said outfit’s singer produce some of their stuff might just be a factor. This is a more refined take on ‘math rock’, if you must, than a great many peers though – certain songs meander with a blissful swagger, others come at you with riffs taut and percussion dramatic. Also at play is a jazz element, which lends the MySpace offerings a depth of musicianship that even Youthmovies aren’t regular explorers of.

Play: ‘King Of The Building’ is a keys-and-horns delight which combines floating vocals with deft drum work to create a whole that’s both alien and engaging. Sorta weird, sorta wonderful, and absolutely brilliant. Cripes… violin-coloured bonkers-core or something, like the previously DiScovered Munch Munch in terms of youthful exuberance and compositional recklessness, but possessing a pop sensibility that enriches their could-be-chaotic arrangements with a degree of logic. Never spiralling out of control though they are, these songs are nevertheless intriguingly out-there enough to warrant many a spin providing you can get either over or into the slightly too-shrieked vocals. Didn’t stop anyone digging The Blood Brothers, of course.

Play: ‘Foxes’ – too damn beautiful to be hardcore, too riotous to be deemed epic, too surreal to be accepted as pop, too pop to be overlooked by the masses. Daniel and David are Gentle Friendly, a London duo whose music has attracted DiS office comparisons to Abe Vigoda and a less-frenzied Animal Collective. They’ve a support date lined up with HEALTH, and a release forthcoming on blossoming capital city label No Pain In Pop. Enveloping soundscapes and fractured vocal yelps, it’s all a little familiar without sounding especially hackneyed – the best sort of new band to hear by accident, then, really. Something for everyone isn’t something Gentle Friendly look to offer, but fans of the aforementioned references should get on this lot fast.

Play: ‘Ride Symbols’ attacks the senses with a full-frontal assault, percussion at the fore, incessant and pounding. Beneath there are organ sounds, fighting a crackle that’s intruding upon the semblance of serenity. Think Fuck Buttons if they, y’know, chilled out a little on the vocal front: blissfully consuming. Sharing a member with Gentle Friendly, Buttonhead have been puzzling London gig-goers for some time now with their eccentric art-rock. Again, this ensemble leans heavily towards all things otherworldly, muddling folk textures with hyperactive percussion and playful melodies. At present the band’s first demo, Weetabix Gigabyte, is available to download for free from their MySpace page; fans of Deerhoof are advised to click that way now. Buttonhead should also be touring next month – go and see if sugar-rush headaches are a pleasurable experience for you.

Play: It’s got to be the multi-faceted ‘Robocop Sunset’, a song that never settles in one pigeonhole and keeps listeners on their toes throughout. It’s deranged, in the best possible way. Like you don’t know. We’ve already DiScovered HEALTH, and will be sponsoring their UK tour of May/June; look out for details of a special DiS-associated show in the pretty near future. Then there's this, too. The LA four-piece are, at times, comparable to Liars; much of their music’s simply too beyond precedent for easy categorisation, though.

Play: ‘Triceratops’ is, without doubt, one of the band’s most accessible efforts. Still pounds conventional rock ‘n’ roll into the dust, mind. Captain Ahab have already been tipped by HEALTH, who commented to DiS: “Captain Ahab is coming to the UK very soon, and they will destroy you with 'ravesploitation' (a section of the LA scene that has been covered little). Don't miss it.” The LA duo – Jonathan Snipes and Jim Merson – make primitive dance beats that’re both catchy and just a little bit crappy… in a good way. With song titles like ‘Snakes On The Brain’ and ‘Covered In Monkeys’ chances are the pair don’t take themselves too seriously, but there’s something really addictive about their MySpace tracks. They’ve had a good few airings in the DiS office since that HEALTH tip-off, so we’re pretty chuffed to end up here considering where we began.

Next MySpace Trail: next month. Keep your eyes out for our DiScover interviews proper – one per week. This week’s featured artist is John & Jehn, next week’s is Beestung Lips.