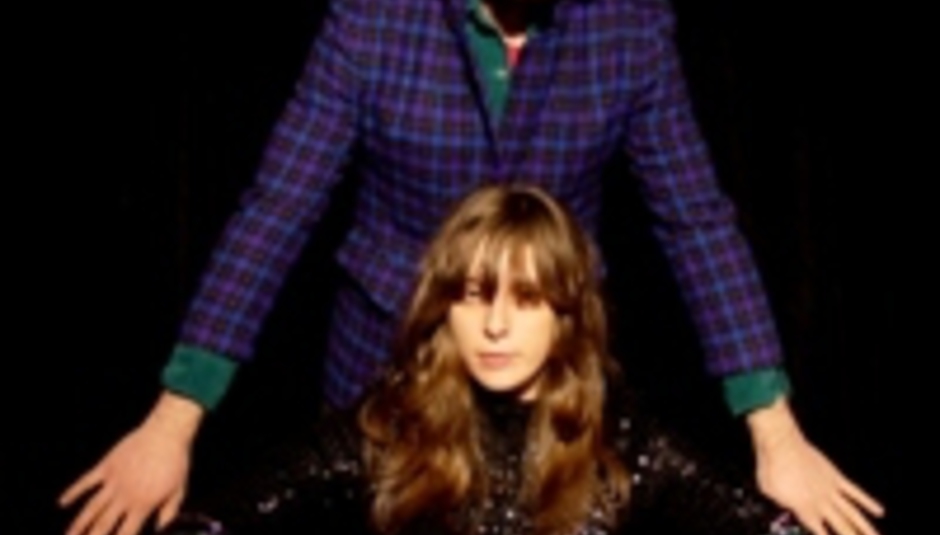 With the release of their masterful second LP Devotion, Baltimore duo Beach House have underlined their claim to being one of the most subtly inventive acts to have gazed shoewards over the past 20 years or so. But really, theirs is a sound much warmer than the scuff-heeled moniker would suggest, possessed of a shimmering soulfulness that warms the cockles even as it chills you to the core. DiS catches up with the enigmatic pair ahead of their American tour...

You’re starting your tour next week – looking forward to it much?
Victoria (Legrand, vocals, organ): Definitely, we have a guest percussionist with us and hopefully there’ll be much more energy onstage this time around...

That’d be Jason Quever of support act Papercuts, then – is the drummer a temporary measure or could it become permanent fixture for Beach House?
Alex (Scally, guitars, keyboard): We’ll probably have percussionists for all the tours on this record but for now it’s just a temporary thing... I don’t know if we can really imagine having a third person onboard but you never know.

Why did you decide to call the new album Devotion?
V: It’s like the icing on the cake. It’s a word which once spoken between me and Alex never left our conversation, it just seemed to piece it all together and hopefully it’s a way of opening the record up. We always wanted it to be a single word; long, flowing titles sometimes do less than one word.

It seems a fuller-sounding record than its predecessor. Was that your intention from the outset?
V: It’s something we definitely noticed was happening and just kept going, we naturally evolved into this world of things sounding a lot fuller and thicker.
A: The songs for the first record were written during a very short period of time and we just captured a certain something, it was more a kind of flat sound that washes over you and after touring the songs for about a year and just playing them hundreds of times we were just really ready to have all the sounds wake up and come a little closer to you. We just felt the need for more elaborate textures. I don’t think we changed the way we see our songs, but they needed a bit more...

Was that a result of the band being more confident in the studio perhaps?
A: I don’t know if it was anything to do with confidence, I mean playing music for a year or so on the road will definitely make you feel more assured, I just think we evolved the need to express more.

Your cover of Daniel Johnston’s ‘Some Things Last A Long Time’ misses out verses from the original – why’d you do it, Beach House?
A: Well it’s someone else’s song and we tried to do all three verses at one point but it sounded excessive, like we were beating it into the ground or something.
V: We wanted to grab its essence rather than beat it like a dead horse.

What attracted you to the song in the first place?
A: Well we both really love Daniel Johnston and I remember Victoria heard this song and said it’s so beautiful, it sounds like a Beach House song and I completely agreed.

Did it seem to fit in lyrically with the rest of the record?
V: I think the thing with Daniel Johnston is he’s not only a musician, he’s definitely a visual artist and a lot of his inspiration was taken from the people he knew and loved, he had such a potent imagination. With that song Daniel did what he did and all we wanted to do was show very delicately what we felt about that, like if someone does a sketch of someone they love.


Victoria, you mentioned elsewhere how surprised you were at the amount of lyrics that went into this album as compared with the first – any idea why that is?
V: It’s becoming clear to me how important the lyrics are to me. I’m quite visual as a writer, I’ve been inspired by a lot of installations I’ve been seeing. David Lynch is actually one of my favourite artists, just the way he seems to be playing with time and memory...

In one sense your music is quite sentimental but it’s also more detached than that – how d’you figure your music fits into the scheme of things?
V: I think it would be wrong to say there isn’t any sentiment in our songs but lyrically I sometimes feel the need not to give it all away and give disguise to certain things. I don’t think it’s wrong to say there’s detachment but I see mystery and things that are veiled; things that give you the curiosity to go inside, as opposed to using that lyrical voice where it’s all like, “I love you”... [But] I just let what’s coming out come out, it just so happens I have a melancholic, cryptic mind I guess. But then if I’ve had a few drinks I might just tell you I love you...

Devotion (review) is available through Bella Union records now; expect a European tour from the band later this Spring. We’ll keep ya posted. ‘Til then, MySpace here.