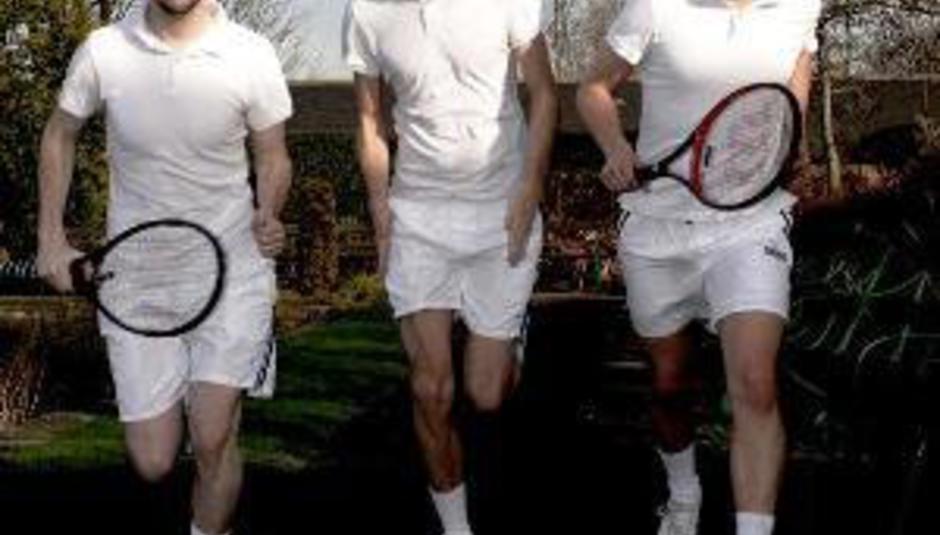 DiScover is changing. DiS is looking to continue bringing you great new bands we’re confident you’ll be into, and the occasional true gem that we know are going to become Official Big Deals in the near future, but our methods of deployment are shifting, evolving, growing.

At present we’re giving you one new band per week, presented via a standard interview format, to check out – last week it was London’s beyond-brilliant Left With Pictures, a band I personally fell in love with from the first MySpace listen. This will continue, with forthcoming DiScover interviews focusing on El Guincho (next week), Elle S’Appelle (this week), John & Jehn and Beestung Lips, among others. But we’re also experimenting with other articles, this being one of two.

Every fortnight we’ll bring you a MySpace Trail – the concept was trialled back in December, starting with NYC synth duo Telepathe and rolling through ‘til a climax with the What’s Your Rupture label. The rules: stick to top friends and click, click, click; eight times the same dance, ‘til we all fall down. This first DiScover: MySpace Trail 'proper' begins with recently fallen post-hardcore heroes Meet Me In St Louis, whose split was reported here.

On the MySpace Trail’s weeks off, we’ll be bringing you a succinct round-up of a handful of bands tickling the ear-holes of the DiS editorial team; some you’ll inevitably be fairly familiar with through this site and other publications, others we’re confident you’ll be reading about for the first time. Every one will warrant their exposure through being several levels of great.

The first DiScover: Fortnightly Fix will run this Friday, February 23, with the second MySpace Trail following the Friday after, and so on, providing this trial is successful. But, to announce this set-up with a sizzle, if not a fully-blown bang, we’re giving you two-for-one in the first week. Don’t say we don’t spoil you investigative sorts.

We want your feedback on fresh ways of presenting you with new music - if they're working for you, let us know; if not, likewise. New music, home and abroad, is something the DiS team is passionate about, and we want to keep covering the bands that don't necessarily operate in mainstream circles. But if you don't care, of course... A sour-tasting starting point, given Surrey’s finest-ever awkward-punkers have recently chucked it in following the departures of both vocalist Toby and drummer Paul. Still, we’ve one truly cracking album to hold on to – Variations On Swing – and the promise of intoxicating noise anew from Toby’s Shield Your Eyes outfit. Kinda Hella, kinda awesome. Regular readers will, hopefully, be nicely schooled in the ways of An Emergency already – a twitchy three-piece from Exeterish, the band’s two albums to date have picked up great press, and they’ve called in at our DiScover Club (March 2006). Think the middle ground between the super-freak-outs of Ex Models and the toe-tappy happy immediacy of the best Les Savy Fav. But English. And still playing basement clubs for reasons completely beyond us. Awesome? Surely.

Play: ‘Avec Pleasure’ is one of the band’s most recent offerings, featuring on a split with Breakneck Static. For fans of the similarly minded (and well and truly dead) Bullet Union, it’s a crackling cacophony of shout-along vocals and drums that sound like they’re being kicked down fire escape stairs. Another band who’ve called in at our DiScover Club – actually, all three featured bands so far have appeared on the Notting Hill Arts Club stage in the name of DiScover – London’s Super Tennis muddle wobble-rock riffs a la Owls and The Dismemberment Plan with straight-up hooks and melodies a milkman could whistle. It’s post-rock for them what don’t like post-rock, a progression from stagnation that’s a baby step, but superbly significant nonetheless.

Play: We’re gonna have to opt for ‘Super Tennis Theme’. Yep, they’ve their own theme, and a winner it most certainly is, match point them, and so on. A children’s television programme is unlikely to be around the corner, but something on Adult Swim… maybe. Should be. London-based (mainly) instrumental four-piece Instruments are obviously enthralled with the likes of American Football, Don Cabellero, Polvo and Cap’N Jazz, but wear their influences well, rarely coming across as pure copyists. They’re just starting out, too, so more unique facets of sound will surely develop. Until then, they’re a competent act on record and a recommended one live; their ‘Bright Eyes Make For Good Dogs’ can be heard on the latest Silver Rocket compilation (review).

Play: ‘Alpine Disco’ is clearly an example of the band stretching beyond their comfort zone, seeing as it features more keys than riffs, and passages of spoken-word vocals which will recall Enablers in the minds of the foolish, and George Pringle in those of the sensible many. No bad thing in this instance, and sweet without falling the wrong side of the charming/vomit line. Manchester’s Burnst have attracted comparisons to 65daysofstatic in the past, and Explosions In The Sky. Truth is that they’re neither here nor there; rather, their energetic instrumentals recall Do Make Say Think at their most direct, all crashing cymbals and rapidly wandering guitar lines, underpinned by a balancing-everything bass. Somebody, somewhere, is calling this ‘math rock’ right now, and they might have a point – it’s certainly more in keeping with the recently maligned genre than Foals or Battles. It’s That Fucking Tank for kids too sensitive for the Leeds combo’s ridiculous volume, but certainly fast enough to encourage lose-everything limb flailing.

Play: The jazz goes to the math-rock disco stomp and swagger of ‘The Jesus Years’, the sort of quick-fix introduction that’ll either have you coming back time after time or immediately writing this trio off as Another Post-Rock Band. Don’t be too quick to judge though: things get considerably more interesting at the four-minute mark. Glaswegian Geordi La Force – or Martin Lim to those what know the fellow – crafts post-rockin’ electro-tinged instrumentals all by his merry self, and some are truly lovely if a cursory investigation of the man’s MySpace is anything to go by. Sometimes it bites, sometimes it soothes; it’s always interesting, fo’sho. The closest well-known comparison would have to be with 65daysofstatic – didn’t we just mention them? – but it’s clear that by flying solo this ambassador of noise isn’t restricted by the tastes of any bandmates. Good thing? Bad thing? Only time’s gonna tell.

Play: ‘The Dog That Couldn’t Piss’ wins out purely because of its title – brittle electro of backbone, it’s a pulsating little number that morphs into RPG-style ambience and back to blitz-speed cricket beats in a heartbeat. Oddly captivating. Mutiny On The Bounty

Last year I got my head twisted off by Maps & Atlases, whose super-charged take on the Minus The Bear aesthetic was dizzyingly intense; hailing from Luxembourg, Mutiny On The Bounty are a similar proposition, astoundingly technical but also able to infect the senses with relative ease. A post-hardcore scene in Luxembourg – who knew? That the four-piece have played with the likes of These Arms Are Snakes, Pelican, I Was A Cub Scout and Rolo Tomassi should serve as recommendation enough for absolute newcomers.

Play: ‘World Domino Championship’ is probably the most straightforward song on the band’s MySpace, sounding as it does close of compositional kin to Oxford’s Youthmovies while upping the ante chaos wise to great effect. There’s a little At The Drive-In in there too, we’re fairly confident of. Our final jump is, appropriately enough, the jump home, as we find ourselves in the company of Oxford label Big Scary Monsters (previously Label Profiled here), home to Meet Me In St Louis’ aforementioned debut album. The label’s presently working on acts such as Sam Isaac and This Town Needs Guns, but DiS’s faves right now are undeniably Anathallo, whose latest single is reviewed here.

Play: Based on the above, it’s gotta be the Anathallo offering, reminiscent of both Broken Social Scene and Sufjan Stevens. In a great way. House of Brothers’ ‘Deadman’ is pretty exquisite, too.

The next MySpace Trail will come your way on Friday February 29. Leap year! Where will it start, where will it go? We don’t know until we start ‘em, so see you then for more DiScovering.