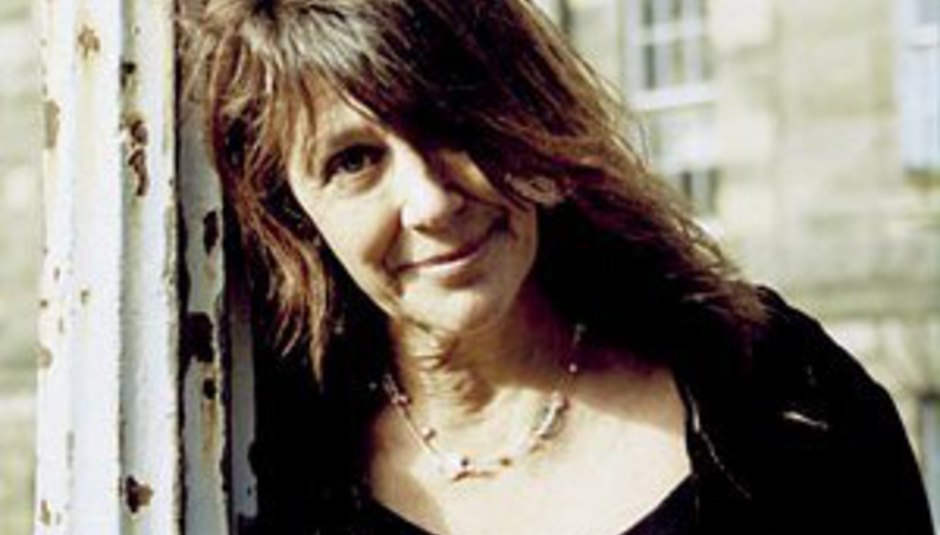 "I have been typecast as the eternal hippy": Vashti Bunyan talks time

"I have been typecast as the eternal hippy": Vashti Bunyan talks time

After her bizarre re-discovery, Vashti Bunyan has enjoyed the kind of reverie and good faith reserved for someone with an awful lot more than two albums in 40-odd years under her belt.

As FatCat Records prepare to release an astonishingly revealing two-disc set of rarities and sessions and all that sort of thing, it seems timely to catch up with the woman who, finally, seems to have found her time.

Your new release, Some Things Just Stick In Your Mind, is chock full of re-released recordings you made in the ‘60s. Do you feel any kind of nostalgia as you see people appreciating them today?
Mixed feelings – everything is so different and I much prefer it now. Back then was fraught with frustrations so it’s not a question of wishing I was back there... more like I’m proud of what was done in the ‘60s in the face of so much disapproval and opposition – and happy that music from that time is being listened to.

What do you think of when you hear the second disc, the unedited acoustic session you did in an hour of studio time?
I had no idea that tape, recorded in 1964, still existed – until I found it last April. I had sometimes tried to remember some of those songs and only been able to catch fragments at the back of my mind – so when I heard them clearly for the first time in 40-something years it was eerie and a bit dream-like. Hearing how sure I sounded and remembering how sure I had been… that was a shock.

Just you and an acoustic guitar or you and a full orchestra: which do you prefer?
I love singing to a lot of backing, I enjoyed those orchestral sessions more than I can say. I like the simpler version of ‘Winter Is Blue’ – but the orchestral version makes me smile because it was so at odds with the way I was… remembering what seemed like a hundred musicians – and the operatic diva who sang the bit in the middle... crazy stuff.

Have you been preparing any new material? What's it like?
I’m so slow. Gareth Dickson who plays guitar with me said the other day, “Well you had 24 years of a lifetime to draw on with Just Another Diamond Day, and then 30 years to gather up for Lookaftering… no wonder it’s taking a while”. So far I have two and a half songs and some ideas – but no overall plan yet. With the other two albums they didn’t form a whole character until they were done. I don’t want to get too self-conscious.

It's been said that many of the songs on your second LP, Lookaftering, are imbued with light regret, and that it is a very retrospective collection. What do you write about now? Do you have any regrets?
To me it feels like …Diamond Day was about looking forward, all dreams and longing – and Lookaftering was about looking back and trying to make sense of it all. Like bookends. I feel free now to experiment. I do regret having been so fed up at myself after …Diamond Day that I turned my back on music altogether and missed out on some wonderful years of other people’s music. It would take me another lifetime to catch up.

Do you still long for an escapist idyll like the one Donovan formed on the Isle of Skye in the 60s?
No! I did it – I did escape to my own idyll for 25 years. I made what I set out to make and lived the …Diamond Day dream for all that time – but rural isolation can make you a certain kind of crazy and I moved back to the city 15 years ago. I haven’t missed the hills one bit however much I loved them. I have been typecast as the eternal hippy – and I suppose compared to a lot of people I still am – but there are no bells in my hair. Was the positive press that met the re-release of Just Another Diamond Day one of the reasons as to why you felt the creative impulse again, or was it something else?
It’s the only explanation I can come up with. I had so convinced myself that I was rubbish that I could not bear the sound of my own voice, even on the answerphone. I’m not proud of the fact that it took some positive feedback 30 years later to get me going again – I needed to have more faith in myself.

Did you know the record was gradually getting more popular after its initial release? If not, how did it feel when you found out?
I didn’t know anything about it till about ten years ago.. and then didn’t really believe it. Like I said – I imagined from the silence that greeted …Diamond Day in 1970 that it must be no good. Even now when I’ve heard something nice being said about …Diamond Day and then I hear it again I wonder if they are talking about the same recording. But it’s getting better. I’m learning to understand my young self, and to appreciate what (producer) Joe Boyd did.

Do you draw much inspiration from your surroundings in Edinburgh?
I grew up in the middle of London and headed for the hills when I was 23. I now live in a similar part of Edinburgh to the bit of London I once lived in and I like being surrounded by people again, even just out in the street. When I started on the songs for Lookaftering I thought they might be more urban. They weren’t – the imagery was still pastoral. It must have gone deep. Maybe the next songs will be more about the street. Or more likely the road since I have been back on it now for a couple of years and hold it to me like a lost child.

When the recordings on Some Things Just Stick In Your Mind were made, your contemporaries were people like The Rolling Stones and the whole folk explosion (though I'm wary of lumping you in with folk!). Who do you see as your contemporaries now, seeing as you are part of the modern independent landscape (unlike the Stones)?
Independent landscape – I like that. Musically I feel at home for the first time ever and yet I am generations apart from most of the people I have worked with recently. It’s a strange and disjointed feeling sometimes when I think of it, when I think of the years where I’ve had nothing to do with music. It’s as if that other life went on somewhere else and I have joined up with the musical one where I left it in 1970 and have found all these extraordinary people who seem to understand what I was trying to do – and who are about the age I was when I left.

How have you found the various collaborations you've been a part of (I'm thinking here of Animal Collective, Joanna Newsom, Devendra Banhart)? Is there anyone else you'd like to work with?
I found I was wishing they had been around when I was starting out – then I mightn’t have felt so much out in the wilderness. The beautiful sound of Piano Magic, the humanity of Adem, the inventiveness of Animal Collective, the genius of Joanna Newsom, the clarity of Max Richter and the imagination and sheer life and nomadic spirit of Devendra just make me fill up with admiration. It is good to see the generosity that exists between them – and that they have extended to me. Andy Cabic (and Vetiver) – hopefully something in the future with Andy.

What experience do you treasure most since your re-entry into the public consciousness?
Being accepted – for better or worse.

Some Things Just Stick In Your Mind – Singles and Demos 1964-67 is out now on FatCat; the single of the same name is released this week and reviewed here. MySpace: here