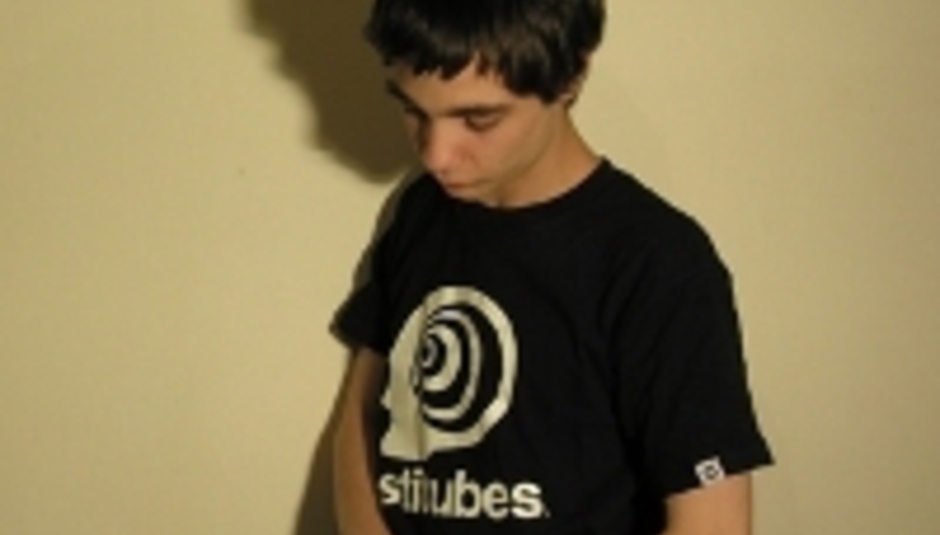 by Will McGillivray February 6th, 2008

_ So everyone is going a bit nuts about basslines again: it’s like bass itself has been away somewhere for a well-deserved break and has finally returned with a lovely suntan and loads of duty free vodka; like a previously missing section of the aural spectrum has suddenly revealed itself again and startled the nation. Fuck's sake – even Jo Whiley is currently using Benga & Coki’s ‘Night’ (Tempa) to soundtrack her inane warblings about how she personally discovered The Ting Tings under a shoe box in Marc Jacobs or whatever.

From the nocturnal, post-rave rumblings of dubstep to the absurdist contortions of ‘bassline’. (Knocking us all out with that clearly long-pondered over name there, guys. I kinda prefer ‘niche’, but that sounds even dafter, like it was coined by an interior decorator called Marcel.) Add the whole Dubsided / Switch-influenced bass twitches of Crookers, Hervé, Trevor Loveys_ et al and mix with a growing resurgence of interest in dancehall / booty / miami / drum & bass etc _etc and you have a nation going bassline potty once again. Is it, perhaps, because we’re plummeting head-first into another recession, the first since the early ‘90s? (Which, lest we forget, brought us jungle - the last time in living memory that bass truly got all the attention.) Are we all, like Pavlovian schmucks, instantly drawn to the low-end when it looks like a few city traders are going lose that hard-earned second Docklands property?

Not that I’m complaining, mind: a club track without a compelling bassline is usually a sorry creature – like a wet cat, or an unfortunately shaved poodle. However, disproving received theory (as always) is Shackleton, who moves away from his previous experiments in diaphanous low-end with ‘Death is not Final’ (Skull Disco) and focuses instead on the shivering, percussive voodoo that makes his tracks so unique. Pitching his particular brand of dubstep down to 120bpm and giving the riddims a solid 4/4 template places him well ahead of the pack once again. Can we even call this dubstep? Who gives?!

An excellent example of low-end theory is the latest from the aforementioned Crookers with their ‘Knobbers’ 12” (Southern Fried). Despite a title that suggests that Big Beat is alive and well and living, inexplicably, in Italy, it features three tracks with basslines so wayward that if you posted them to yourself they would probably end up in an Uzbek sorting office. Alex Gopher, the French house legend behind Super Discount, returns with the towering low-to-mid-to-ear-piercing-range wobble of ‘Aurora’ (Go 4 Music), an impatient, stalking bass riff that furiously builds over a stripped down electro beat: An immediate party starter. Benga’s forthcoming ‘E Trips’ (Tempa) is another triumph of twisted bass absurdism and Riva Starrs’ ‘Scratch n Itch’ EP demonstrates house-tethered basslines that recall Claude von Stroke and Hervé getting friendly in the back of a speedboat – bumpy, lurching and just a little bit scary.

Moving back to the French (as I try to do as often as possible),* Alan Braxe’s stunning ‘_Music for my Friends_’ EP (Work It Baby) showcases the disco-house genius’s diverse skills behind a mixing console across four tracks, from ‘_Love Theme_’’s sonorous, decadent cradle of bass warmth and pulsing, side-chained stings to ‘_Santuary_’’s tranced-out, synthetic undulations. And yeah, it sounds like a night-drive through an Eastern Bloc city in a Ferrari Testarossa, but you can _never_ take enough night drives in one of those. Just ask *Kavinsky.

Lyon techno-infant Surkin (pictured, main) returns with the mighty ‘Next of Kin’ EP (Intstitubes) and continues the current trend for all things revivalist and Old Skool with standout track ‘White Night 2’: like a surgically precise stitching together of Inner City’s ‘Good Life’, Rhythim is Rhythim’s ‘Strings of Life’ and Altern 8’s ‘Infiltr8 808’, it somehow still manages to sound fresh and vital, like distilled joy on tap. It’s a current set highlight and guaranteed dancefloor carnage for any DJ that’s not too up themselves to play something so obviously in thrall to past glories. There’s also a luscious remix from Todd Edwards of the title track included, which returns to that cut-up hypnotic vocal, boompty house thing he used to do so well (and clearly still does).

Continuing the old skool theme, some other remixes that are lighting up dancefloors this month with the big pianos and the Solinas Strings include Bart B More’s stripped to the core take on Utah Saints’ ‘Something Good’ (although I wish he’d kept the vocal), Simian Mobile Disco’s spine-tingling nine-minute version of Inner City’s ‘Big Fun’ (KMS Records) and Trevor Loveys’ remix of Pink Skull’s quirky electro-houser ‘Drugs Will Keep us Together’ (The Savant Guard) which thankfully doesn’t do what you expect it to with a fat, programmed break and some deftly executed rave stabs (vocal and otherwise).

Most pointless remix of the month award has to go the ‘Russell from Bloc Party’ remix of Does it Offend You, Yeah’s rash-inducing electro-punker ‘We Are Rockstars’ (Virgin). Sorry Russell, but clearly the fact that this has been credited to ‘Russell from_ Bloc Party’ appears to be the only reason that a ‘Russell from Bloc Party’ remix ever got commissioned in the first place. It’s another competent but exhausting take on headache electro, those gruesome grind-a-thons that still _seem to be clogging up the Hype Machine, despite its ubiquity and dog-tiredness remaining an unsettling testament to its floor-filling potential at your average Club NME night… Can we move away from this beer-sticky, floor-tacky take on dance music now, please? It feels like the scrag-end of Big Beat all over again but without the Michael Jackson samples, football chants and latent sexism to lighten the mood.

And move away we shall with the effortlessly impeccable electronic disco leanings of DFAs recent output. After a lengthy dry patch, it seems to be looking back to achieve some forward motion again: Having re-invigorated the piano house anthem with last years ‘Still Going Theme’, its now the turn of late ‘70s alt-disco with Hercules & Love Affair’s towering ‘Blind’ (featuring Antony, of ‘and the Johnsons’ fame) – its melancholic, horn-led glamour has already become a club staple and sits in the mix like a Faberge Egg in a battery-farmers yield. But just when you think DFA have gone completely retro, they release * Syclops*’ ‘Where’s Jason K?’, Maurice Fulton’s future-fucking spatial-echo-disco epic to remind us that, for all of the past’s gilded treasures, it’s to the future that dance music should ultimately be facing.

_ Will McGillivray is resident DJ, co-promoter and remixer for Adventures Close to Home, London’s premier eclectic disco party (and now a trendy record label). He also enjoys walks in the park, fine dining and falling over. _