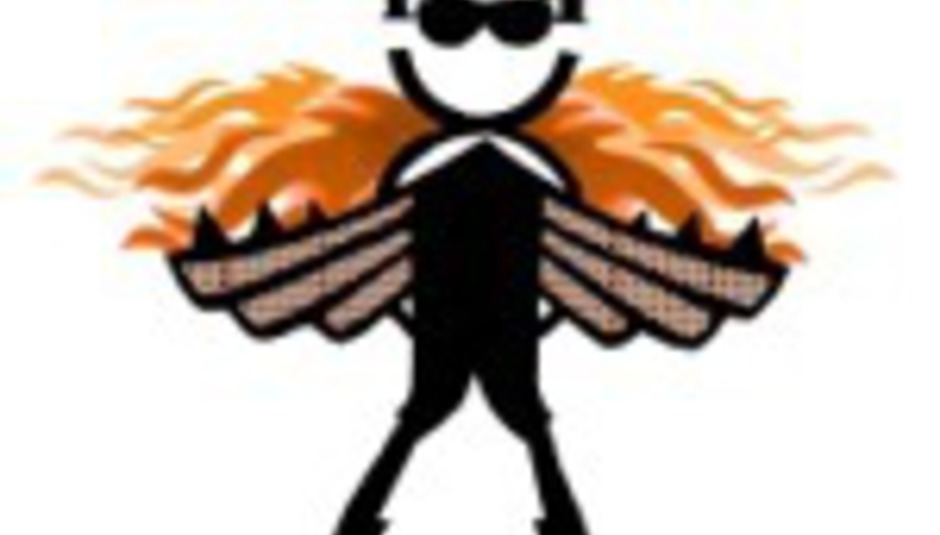 Eurosonic festival is apparently focussed on Swedish music this year. This is supported by the appearance of several Swedish artists in Groningen, in the northern region of The Netherlands, including the chart-topping Robyn, ultra-trendy indie-funk combo Little Dragon and the dark, atmospheric hardcore of Cult Of Luna.

The fact that all the delegates that have amassed here from the various music industries across Europe are all buzzing about a British band or another is testament both to the fact that the Brits are still churning out something for everyone else to get excited about and also to the fact that perspective is sometimes slightly skewed.

The Best Of British?

Arguably the biggest British band on the line-up goes under the moniker of The Hoosiers. Critically much-maligned but commercially very successful in their homeland, their success is spreading due to the handy inclusion of their smash hit single, ‘Goodbye Mr A’, on the soundtrack to Oscar-nominated feature film Juno.

True to form, the venue in which they’re due to perform is heaving and there’s a queue a festival long before they come on. Three songs in and there are already disgruntled enthusiasts bumbling out through the front door whilst muttering, “Crap, aren’t they,” or words to that effect in their respective languages.

Luckily the venues are equally full for appearances from Blood Red Shoes and The Futureheads. While a bunch of curmudgeonly Finns cleverly label our Mackem indie rock heroes_ “The No Futureheads”_, they go down a storm regardless.

Brighton’s answer to The White Stripes (kidding) go one better. Unless you got there very, very early, you will not have seen one of the most blistering performances of the weekend. Blood Red Shoes blew everyone’s blood red socks off.

While there was the good, there is also the bad. You must understand that there is always balance; there is always karma. While on one hand you have the explosive, unpredictable enthusiasm, chemistry and guile of Blood Red Shoes, you will always have a contrived pile of musical bullshit on the other.

Welsh emo try-hards *The Blackout *are that pile of crap this time. While there are a few bands around that are trying to be Every Time I Die, these prancing idiots are the ones that whoop and cavort with the least style and do it whilst causing the most annoyance.

One band that almost slipped through the net is The Darkn… AC/D… sorry, The Stone Gods. That pretty much says it all but to elaborate: it’s the The Darkness with the charisma-free bassist taking charisma-filled Justin’s place and singing songs that sound like Acca Dacca rather than Queen. Oh, and they’ve got a new bassist. Dull? Of course.

We didn’t go to Holland just to see British bands, obviously. We went to see loads of Icelandic and Finnish bands as well! Obviously.

As ever, the Icelandic folk are out in force with Olafur Arnalds playing with a laptop and a string quartet and somehow getting a packed room to stay quiet for half an hour and sit on the floor.

*Mugison *gets all bluesy and sexy on our cold, wet asses and the distinctly Faroese Boys In A Band show that they’ve definitely got quite a lot in the locker.

Nobody can actually get in to see electro buzz band Bloodgroup, but we were all comfortably assured that it was very, very good.

One revelation is the delightfully chirpy *Soko *- a young Parisian lady who sings lo-fi garageband songs with titles like _‘I Think I’m Pregnant’ _that have even funnier lyrics, all sung with a cherubic accent.

To juxtapose such delicate crudeness with bloody, gore-fuelled Viking metal is perfect because *Turisas *come onstage covered in fur and fake blood. Do you need more?

One might wonder that the Swedish bands have been slightly overshadowed, but there’s no chance of that. ABBA are from there! And Bjorn Borg!

So are Mustasch. The heavy metallers won a Swedish Grammy for Best Hard Rock Act the night before this show. Rumours that they’re still drunk are not backed up by their stellar performance which deafens anyone in a three mile radius. It’s loud.

*Cult Of Luna *take you off into a dreamland which makes you lose a half hour of your life before bludgeoning you all the way to death with pummelling riffs and punchy vocals. Some people could well be scared of this music.

*Robyn *is a frightening woman. Imposing and strong onstage, she intimidates without even trying. You see some artists perform and you understand just how they achieve their level of success. She’s a star.

It appears there’s something inextricably physical about Swedish music. Mustasch ruin your eardrums and CoL’s style wants to fight you while Robyn just has murder about her. This isn’t actually true, of course. It’s just music.

What is for sure is that while some stars like Robyn make you understand how some music becomes popular, others like The Hoosiers just leave you baffled and feeling cheated. It’s just the way it is. It’s just music.