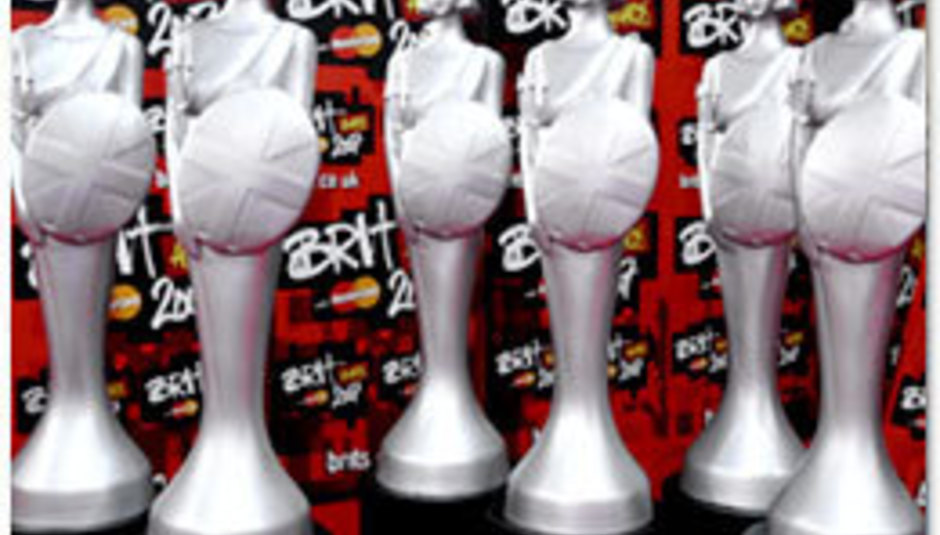 The Weekly DiScussion: Brits at the bookies, and our favourites

The Weekly DiScussion: Brits at the bookies, and our favourites

A week, just over, on and we’ve had time enough to let those Brit Award nominations sink in. Klaxons? For best live act? Seemingly so. They have, at least, learned to play their instruments these days.

The nominations coincided with the news that as many as 2,000 people were to possibly lose their jobs at major label EMI; the shortage of EMI-associated acts up for a Brit was fleetingly the topic of choice for industry conspiracy theorists, but then a certain clarity descended: it’s the luck of the draw and little more. Oh, selling a few squillion records helps, of course.

So here’s us in the DiS office, pondering: do we 'do industry' for this week’s DiScussion, and ask readers how they think a record label can operate successfully in 2008? Or do we just remind everyone of the rubbish (and the not, more importantly) that’s up for trophies at the biggest back-slapin' booze-up on the music calendar? (February 20, since you asked.) Yeah, the latter.

Who wins? You don’t decide. But if DiS did…

British Male Solo Artist
Who we’d like to win: Richard Hawley, without a doubt – the man’s some sort of northern legend, and his past two LPs, Cole’s Corner and the superlative Lady’s Bridge of last year, are must-haves, full of ache and pain but somehow bolder and more confident than such nakedness is associated with. Jamie T? Maybe, but we’ve sung the boy’s praises enough.
Who will win: Newton Faulkner looks a great bet at 20/1 in some places, and the continuing commercial success of his Hand Built By Robots would seem to suggest he’s in with a shout, too. But the bookies are well behind Mika. He’s odds on to take the category, 4/9 at Ladbrokes, for example. We’ll allow him his moment in the sun, so long as he keeps a low profile for the rest of 2008.

British Female Solo Artist
Who we’d like to win: Bat For Lashes, and that’s before we begin dishing out the nepotism (released her first single through DiS, don’tchaknow). Natasha Khan’s Fur & Gold LP rightly won the praise of the Mercury panel last year, and that acclaim could translate into a Brit Award this year. But probably not in this category. If the gong went to Kate Nash or PJ Harvey I don’t suppose anyone at DiS would be too upset, too.
Who will win: Oh come on. This is Leona Lewis’ perfect moment, and nobody in this category can touch the X-Factor winner in terms of sales. She leads the field, with odds as low as 1/2. KT Tunstall’s second favourite at the moment.

British Group
Who we’d like to win: Arctic Monkeys are, without a doubt, the best band of the nominated five; Kaiser Chiefs are a perky festival favourite, but I for one can’t remember the last time we had their record on in the office. Editors? Nah.
Who will win: A Girls Aloud triumph would get the indie kids prickly, as this category is almost always won by a ‘proper’ band. Sad news then, guitar fans: Take That look likely to take this trophy home if the bookmakers are to be believed.

British Album
Who we’d like to win: Predictable, us? Although Mark Ronson’s Version is great at a party, and Take That’s Beautiful World was the sort of comeback so spectacular it stole the thunder from a fair few copycats (All Saints, what went wrong?), Arctic Monkeys’ Favourite Worst Nightmare proved that the Sheffield youngsters weren’t flash-in-the-pan types. A more mature effort than their debut though it was, their album of 2007 also saw them flexing brilliantly aggressive muscles previously unheard – single ‘Brianstorm’ is, maybe, their best standalone effort ever.
Who will win: Mika’s Life In Cartoon Motion is one of the funniest albums of the past year or so – okay, not ‘funny’, more truthfully fucking atrocious – but it doesn’t seem to be in with much of a chance. What does is Take That’s current album – it’s 5/2 at SkyBet, likewise Leona Lewis’ Spirit. But, the favourite at the bookies is also our pick: Arctic Monkeys FTW.

British Breakthrough Act
Who we’d like to win: Klaxons have the Mercury in the bag already, so let’s take them out of the running, nice lads though they are. Leona Lewis? Maybe, but surely she’ll romp to victory in the Female category. Mika? British male. Which leaves us with Kate Nash and Bat For Lashes, and we’re plumping for the latter. Not that she will win, mind; more likely Klaxons, to be fair.
Who will win: Klaxons. End of.

British Live Act
Who we’d like to win: For their brilliant festival sets, Kaisers are an option, but we’re saying Muse. Two nights at Wembley, and a show that’s taken full advantage of the vast stages it now fills. Plus, we’ve watched them rise up from crappy basement shows on the south coast to the level they’re at now, and they’ve rarely disappointed us along the way.
Who will win: Klaxons probably won’t, simply because they’ve really only become a worthwhile live band in the last six months or so, when their growing profile has necessitated the mastering of a slick set. Arctic Monkeys? With nods elsewhere, maybe not. Which leaves Take That. So them, then. Betfair agrees, too – their odds sit at 11/18.

British Single
Who we’d like to win: While Mutya Buena’s ‘Real Girl’ is a strong single, her former band Sugababes’ ‘About You Now’ (not even one of their best) trumps it with ease. Take That’s ‘Shine’ is sickeningly ubiquitous, while Mika’s ‘Grace Kelly’ is simply sickening. ‘Ruby’ ruby-rubied its way into our brains back when, but it, too, gets a little annoying. So, why not Mark Ronson, with a little help from Amy Winehouse, with ‘Valerie’? Why not, indeed – a cover version to win, wish we.
Who will win: The favourite at the bookies is Leona Lewis’ ‘Bleeding Love’; it’s also one of the freshest singles in the nominations, which can’t hurt. Lowest of the low is James Blunt’s ‘1973’, making us wonder if the Brits powers that be felt they had to put him in the running somewhere, however awful they’ve realised he is. Odds: 35/1. Bad form, Blunt, bad form.

And the international categories…

DiScuss: Will this year’s Brit Awards throw up anything in the way of surprises, or can you see the bookies’ favourites triumphing? Fancy a flutter? Not us – we’ve already lost enough pennies at the African Nations Cup. No Radiohead? Don't worry - they're eligable for nomination next year.