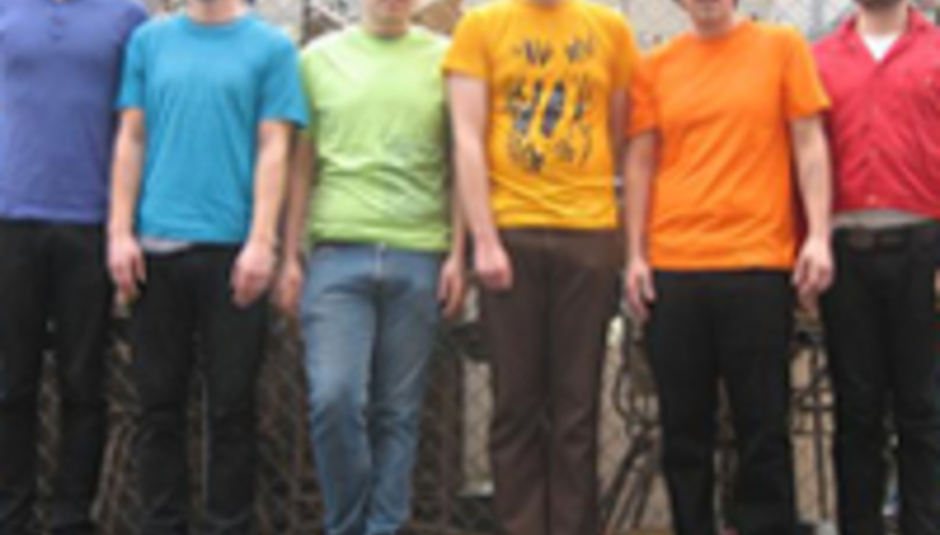 One, two, three, and one for free: DiS shows in London, this week.

We begin tomorrow, with our first Winter Warmer show of the month; future shows are to feature the likes of Tired Irie, Youthmovies and Errors.

The Mae Shi (pictured), hailing from Los Angeles, just released their debut UK single, ‘Run To Your Grave’, via Moshi Moshi (review); their pop-tinged present direction offers the four-piece a new-fangled accessibility for sure, but expect fireworks in the live environment. Rolo Tomassi are Sheffield’s premiere (only?) sprightly jazz-punk key-bashing psycho youth collective, raging out of their blocks with fiery grizzly-twist riffs and vocals that transcend ridiculous, in a good way. PRE, hometown unicorns, count members past and present of Seafood, Comanechi and Todd amongst their ranks; think a brutal intensity, splattered about the place, upped some… there. Kasms are brand new, nearly: they say ‘goth rockers’ and we’ll run with that for now…

Wild Beasts (DiScovered / tipped) are the chalk to so much pop cheese, arresting with their jitter-rock wonky rhythms and unbelievable of vocal delivery – is this a con, are they having us on? Of course not, and what’s more: the Kendal four-piece utterly rule, as you’ll see here when they strip to the proverbial flesh for some one-on-one winning over. School of Language is David Brewis, whose band ‘proper’ Field Music released one of the finest albums of last year with Tones Of Town; his debut album Sea From Shore is out in February via Memphis Industries, and combines sweet pop with quirky eccentricities. It Hugs Back, signed to Too Pure, craft delightfully laidback indie-pop with foggy overtones of grunge – the best kind – and conjure visions of Evan Dando getting busy with Kevin Shields… in a non-sexy way, of course. Banjo Or Freakout is Alessio Natalizia (DiScovered / tipped); expect soundtracks of cluttered dreams and rummaged-through nostalgia.

Johnny Foreigner (DiScovered / tipped) are three young souls blazing out of Birmingham with Tim Kinsella’s jazziest riffs under one arm and Blur’s early-doors immediacy wrapped about their waists; expect their tour support slot with Los Campesinos! to triple-or-more their fan base in February, making this show a soon-to-be-rare opportunity to catch them up close and as personal as you like. Sailors, hailing from north of Watford but south of Glasgow, create a punk racket comparable to the likes of The Fall and Ten Grand – it grinds and winds, but never loses focus, as their recent EP for Gringo proved (review). Yeborobo, members of the Mentalist Association, are a live act best left outline-less in a preview piece; words would only cloud an opinion that shouldn’t form ‘til the day. Super Tennis’ five-track EP (review) of last year attracted comparisons to Owls and The Promise Ring, making them a perfect act to open for a Johnny Foreigner-headlined bill.