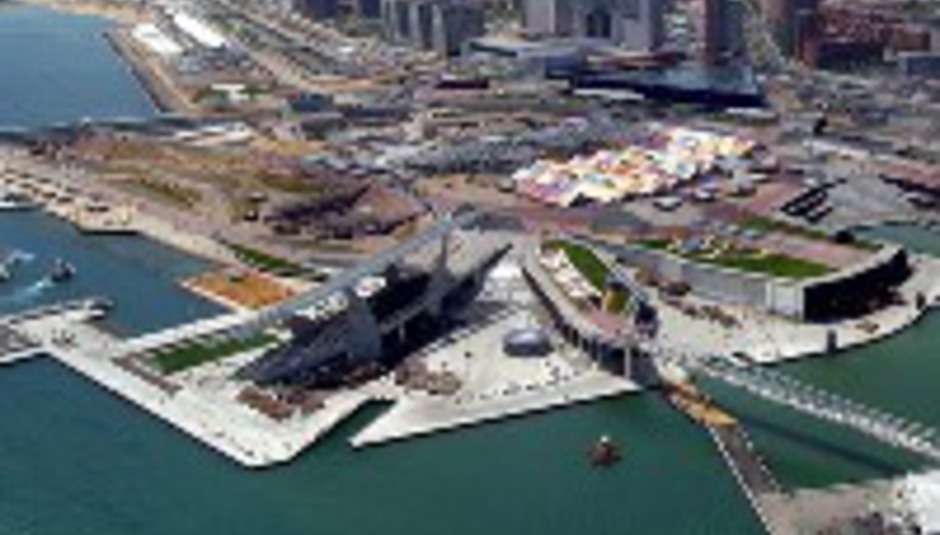 That’s them, lurking, cluttering the horizon line, destroying your credit limit: festivals, more than ever if current trends persist, assembling line-ups to die for, and just as many to run a mile from. This summer’s one weekend of sunshine will have a pre-determined soundtrack, folks.

DiS is already getting in the mood – we’re partners of this year’s Primavera Sound in Barcelona, held at the city’s Parc Del Forum (pictured), on the weekend of May 29-31. Tickets are on sale now, priced at a very reasonable 95 Euros. Excited, is what we are. Click here for more on Primavera Sound, and to buy tickets. Line-up so far is outlined below.

DiS is also looking forward to associating itself with the good people behind Field Day, Summer Sundae, The Great Escape, Concrete And Glass, and The Camden Crawl. Get yourself organised for the festival year ahead with our (not really) cut out and keep guide to the picks (i.e. it’s in no way comprehensive!) of another sizeable bunch.

The Camden Crawl
April 18-19, Camden, London
Weekend: £49.20; day ticket: £29.70
Line-up: TBA
This multi-venue two-day drink-a-thon is now in its seventh year; DiS is one of a variety of big-brained musak companies sticking an oar into the line-up selection process – look out for the first batch of confirmed acts later this month. There will be around 120 bands participating in total
More information

Futuresonic
May 1-4, Manchester
Price: £60-150
Line-up: TBA
Now in its twelve year, Manchester’s Futuresonic will again be showcasing a plethora of ‘out-there’ artists barely in step with the trendy sorts populating the Camden Crawl. A little industry, a little not, small showcases are where the real talents can be uncovered here.
More information

The Great Escape
May 15-17, Brighton
Price: £35 ‘til April
Line-up: The Young Knives, Black Mountain, Tuung, Wintersleep, School of Language, Lightspeed Champion and more
Brighton’s many-venued romp about town is bigger than ever in 2008, and DiS will be down, getting bored (or not!) by the sea, again, bottles of cheapo wine in hand. With 25 venues to flit between, even if the weather turns nasty your brisk step will keep the cold at bay.
More information

Dot To Dot
May 24-25, Bristol and Nottingham
Price: £20 adv
Line-up: TBA
For the second year, Dot To Dot spreads its fun time across two cities. Like The Great Escape, it’s a brilliant place to catch next year’s breakthrough artists a little ahead of schedule.
More information

Isle Of Wight Festival
June 13-15, Isle Of Wight
Price: sold out
Line-up: The Police, Sex Pistols, KT Tunstall, Kate Nash, Kaiser Chiefs, Ian Brown, Lily Allen, N*E*R*D, The Kooks, Iggy Pop & The Stooges
It’s the Isle Of Wight Festival. You know what to expect. If not: it’s outlined above. If you don’t have a ticket, you’re not going. They’re all gone.
More information

Download
June 13-15, Donnington
Price: £60-145
Line-up: nothing confirmed, but rumours include: Metallica, Muse, AC/DC, Gallows, Job For A Cowboy, Nightwish, In Flames, Bullet For My Valentine, Fear Factory, Fightstar, ISIS, Rancid, No FX, and more
It’s where your kid brother goes to let loose some steam, moshing it up to tattooed brutes under a blazing sun. In a dust bowl. Nice, nice. Lots of metal, at a racetrack.
More information

Hovefestivalen
June 24-28, Arendal, Norway
Price: 200 Euros
Line-up: Yeasayer, Bullet For My Valentine, The Wombats, Converge, Babyshambles, Killswitch Engage, The Teenagers, In Flames and more
DiS partnered this Norwegian festival in its first year last summer, and we’re looking forward to visiting again – beautiful scenery and some excellent bands make for a great holiday. Just keep an eye on your wallet – those beers are expensive!
More information

Glastonbury
June 27-29
Price: expensive, and you’ve got to be registered to get them
Line-up: nothing confirmed, but rumours include: Kylie Minogue, Muse, Neil Diamond, Dolly Parton, Coldplay, The Verve, Led Zeppelin, Jay Z, Kanye West, My Bloody Valentine, Blur
It’s the daddy of all domestic festivals, and certain to sell out in a flash when tickets are made available. As always, bands aren’t confirmed until tickets are on sale.
More information

T In The Park
July 11-13, Balado Airfield, Scotland
Price: early bird tickets have sold out; check website for details
Line-up: nothing confirmed, but rumours include: Coldplay, Muse, Orson, Kaiser Chiefs, Radiohead, Kings of Leon, Amy Winehouse
Scotland’s biggest festival is keeping its cards close to its chest currently, but expect a ruck when they release the remaining tickets – keep your eyes on the link below.
More information

Summer Sundae Weekender
August 8-10, De Montfort Hall, Leicester
Price: £85-149
Line-up: TBA
DiS will be hosting a stage at this year’s Summer Sundae, on the Friday. Over eight years the Sundae has grown into an event with an enviable reputation, attracting attendees from across the country. Last year’s acts included The Magic Numbers and Seasick Steve. Kids are well catered for, too.
More information

The Green Man Festival
August 15-17, Brecon Beacons
Price: £105
Line-up: nothing confirmed, but rumours include: Super Furry Animals
Non-corporate Green Man is a favourite amongst DiS staffers, and its intimate atmosphere (and good food and booze!) is sure to have a selection of us back again this year.
More information

Reading and Leeds
August 22-24, Reading and Leeds
Price: TBA
Line-up: nothing confirmed, but rumours include: Rage Against The Machine
Now stripped of its Carling Weekend branding, old-schooler Reading and the fresher Leeds Festival are moving into 2008 without officially confirming anything line-up wise. The festival is one of the biggest in the UK, though, so obviously expect a series of chart-topping acts and the usual slew of mid-level indie and rock bands.
More information

And that takes us ‘til the end of the summer months – in September there’s more more more, though, from Bestival and End of the Road, among others. Then there’s Iceland Airwaves and Concrete and Glass (news) in October, and ATP’s Nightmare Before Christmas to look forward to in December. DiS’s Festival sub-site will be carrying previews, reviews and news on all/some of the above, and more, over the coming months.

DiScuss: Who do you think will headline the country’s biggest festivals this summer? Have you already bought tickets to any festivals? Which ones are you especially looking forward to? Are foreign festivals becoming more attractive to you, as you get older/tired of the same ol’ domestic line-ups?