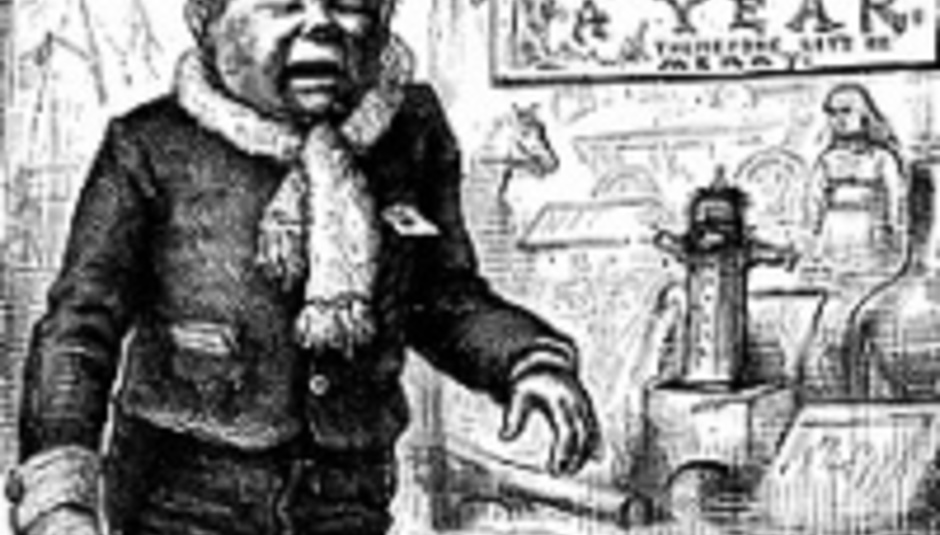 The Weekly DiScussion: anything good on the radio this Christmas?

The Weekly DiScussion: anything good on the radio this Christmas?

Who likes Christmas? Me too! My favourite thing is hearing all those lovely Christmas songs played on repeat. And repeat. And repeat. And thanks to the digital age and your parents now having a firm grasp of iTunes, we have a top 40 this week absolutely chock-a-block with your usual festive favourites. Wham!, Sir Cliff, McGowan, Mariah: they’re all there. But fear not, futurists! There are some new Christmas efforts doing the rounds too. And for ease of eye (and ear in some cases), we’ve rounded them up here. With handy ratings, too… go forth.

Asobi Seksu – ‘Merry Christmas (I Don't Want To Fight)’
It is, of course, a cover of a song from fellow New Yorkers The Ramones. And it sounds rather like what would happen if My Bloody Valentine cobbled together a Ramones cover. In ten minutes. Which essentially, it is. A bit shoddy, really. The key question: is Christmas really about fuzzy guitars and glacial wailing? Should all Christmas songs actually have sleigh bells or an appropriate 'jangle' going on? Probably. Loses out on all counts, really. 5/10

Malcolm Middleton – ‘We’re All Going To Die’
The ‘credible novelty hit’ of the contenders. Rather like, say, ‘Mad World’ it has no actual reference to Christmas. It merely sums up the feeling you get when you’re in the town centre trying to buy socks for Gran. Kill, kill, kill. Just a thought, though: wouldn't this be more amusing if it was released by Kate Middleton? 6/10

Shaun The Sheep – ‘Life’s A Treat’
The true heir to the great British Christmas single. In that it’s a massive, irritating pile of wank. File next to Mr Blobby, Bob The Builder and something with Timmy Mallet. Horrendous wankers, all of them. Especially bad here is the video, which involves some kind of rave sheep. 2/10

The Killers – ‘Don’t Shoot Me Santa’
“Oh Santa, it’s been a long, hard year,” croons diminutive career climber Brandon Flowers. Yes, yes it has. Especially if you don’t like The Killers – 2007 must have felt like forever. The second 'look at us' effort of the winter (after that eerie Lou Reed collaboration) feels a bit too much. Please stop now, The Killers. It’s kind of like a Wild West Nativity play, and just as jumbled and confused as that premise sounds. Weird. And in a way, equally as offensive as Shaun The Sheep. 5/10

Frightened Rabbit – ‘It’s Christmas So We’ll Stop’
In the Scottish head-to-head with Malcolm Middleton, we’re going to have to plump with this effort. Quite lovely and rather understated, it sounds like it was recorded in a cabin in the middle of a field of pure white snow. Kinda like Bing Crosby (see video below) on whiskey and Tennants. Mmm. 8/10

Super Furry Animals – ‘The Gift That Keeps On Giving’
An actual present given away by SFA! Available to download for free on Christmas Day, this track’s from the ace and entirely underrated (already) Hey Venus!. And the title is entirely appropriate. Is it a slick marketing thing? Yes. Do we care? No. 9/10

Fucked Up – ‘David Christmas’
Sounding like a modern day sludge-rock Slade, the seasonal offering by these sweary ones is a little bit useless, actually. It’d be easy to suggest that it’s for ‘fan’s only’, but that would be to imply that Fucked Up fans like Christmas. But they probably don’t. They probably like torturing goats. The b-side however, is a heck of a lot more intriguing, if compositionally a lot less appealing… read more here. 5/10

Leon Jackson – ‘When You Believe’
Of course, the actual winner of the Christmas top slot fight is the pre-ordained X Factor track each year. This year’s turkey gobbler is particularly mawkish. Apparently-not-as-good-as-Ryhdian (I didn’t watch it, haven’t a clue) doucher Leon offers a vocal delivery as flat as a washboard. The chord changes as you swoop into the big chorus are rather odd. Even Westlife would have considered this album filler material. In the song’s defence, Mariah and Whitney do make a better fist of it in the original (we have YouTube in the office, y’know). 4/10

Of course, this is our favourite Christmas clip of them all. Odd, non?